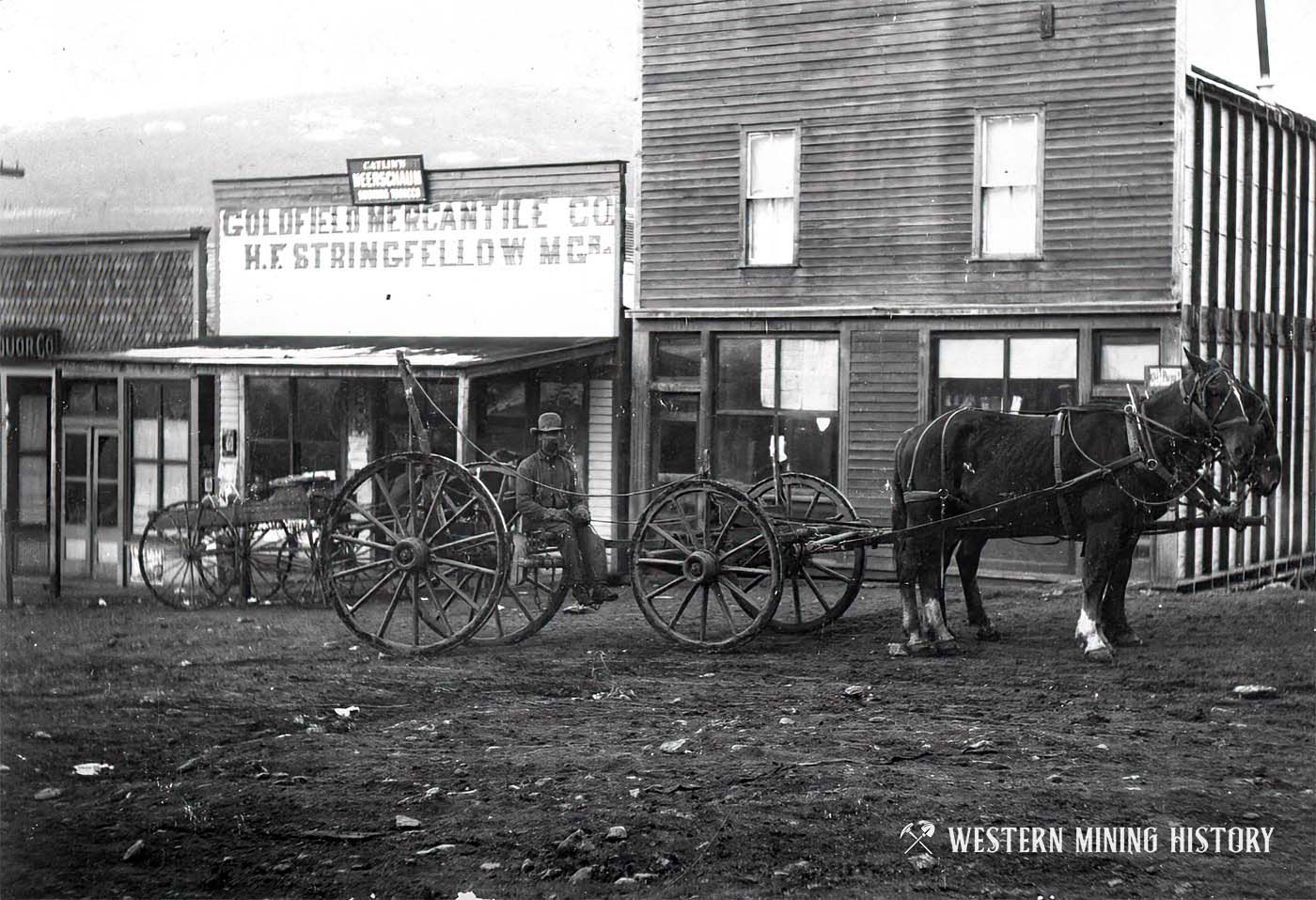 Goldfield was the third largest town in the Cripple Creek District with around 3,500 citizens at its peak in 1900. The town was originally built around the Portland mine which was one of the best producing mines in the entire district.

Goldfield gained some notoriety for being the location that the National Guard chose for it's headquarters during the violent strikes that occurred starting in 1903.