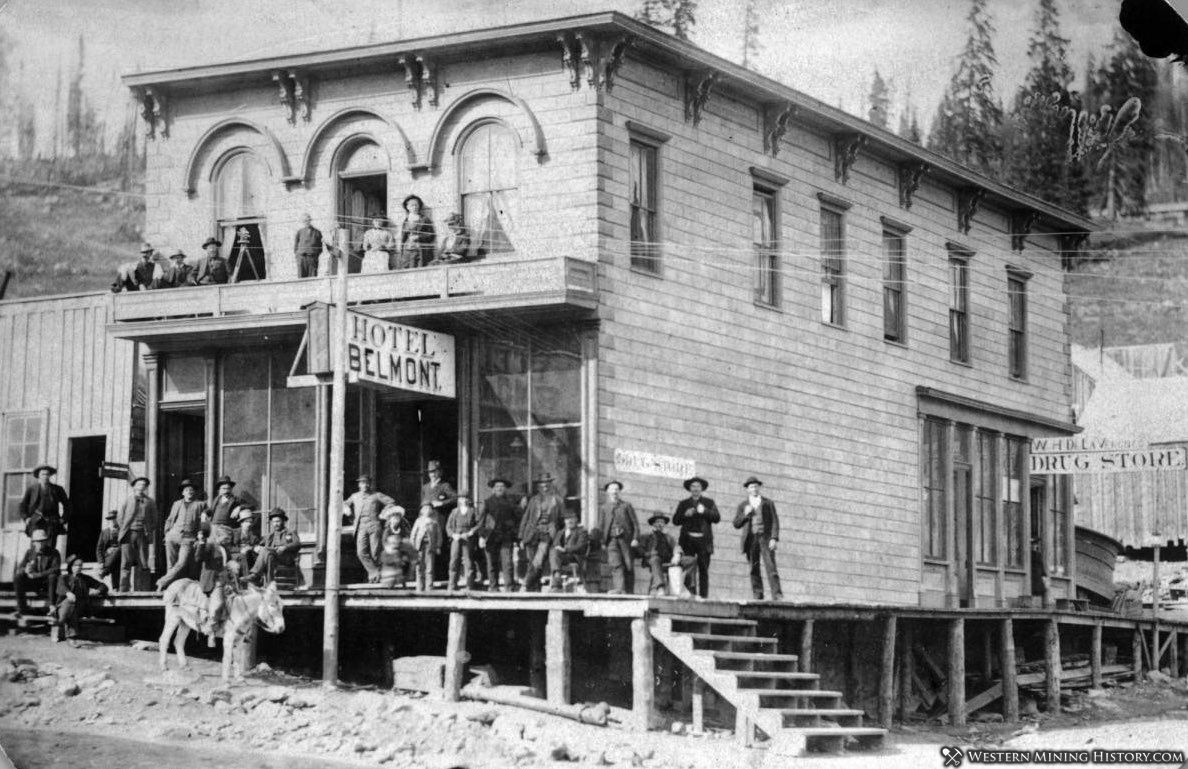 Irwin, Colorado was also commonly known as Ruby or Ruby Camp. During the initial rush several camps were formed, but Irwin became the center of the district and quickly grew to the point that it swallowed up the adjacent camps, including Ruby. Undoubtedly, the early settlers of Ruby Camp resented this situation and continued to refer to the town as Ruby.

Irwin was settled after rich silver ore was discovered in the fall of 1879. The town took its name from Dick Irwin, one of the first successful prospectors on the scene. 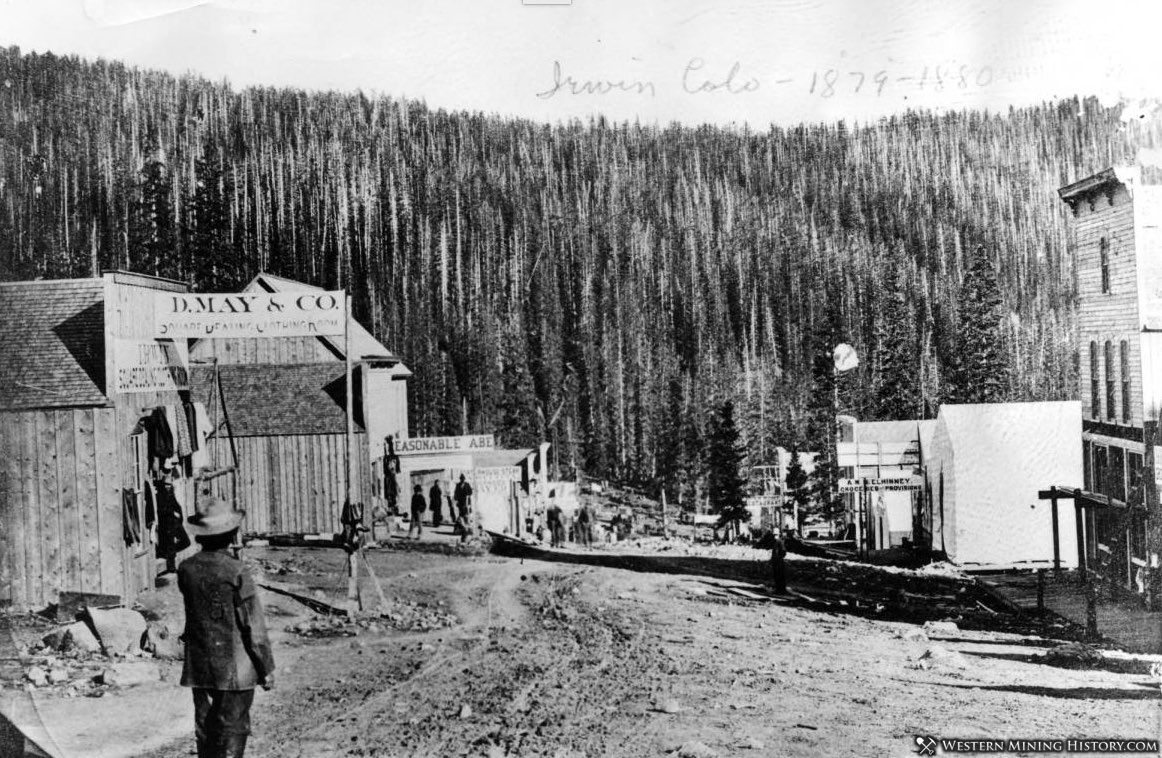 Miners shipped several tons of the ore to Denver to be smelted in the fall of 1879. The ore proved to be spectacularly rich and news of the discovery spread. However, winter was setting in which made travel to the remote camp nearly impossible.

Despite the difficulties of winter travel, hundreds set out for Irwin during the winter of 1879-1880. These men knew that the first on the scene would stake all the best claims and buy up the town lots before the inevitable rush that would come in the spring.

One of the men that was determined to arrive early was J.E. Phillips who wanted to move his newspaper from Rosita to Irwin. Phillips had his printing press hauled by wagon as far as possible, then with the help of his associates he carried each piece of the press over a steep mountain pass in deep snow, making many difficult trips on snowshoe. Thus the Elk Mountain Pilot was ready to print by June of 1880, just in time to capture the excitement that ensued as thousands rushed to the fabulous new camp. 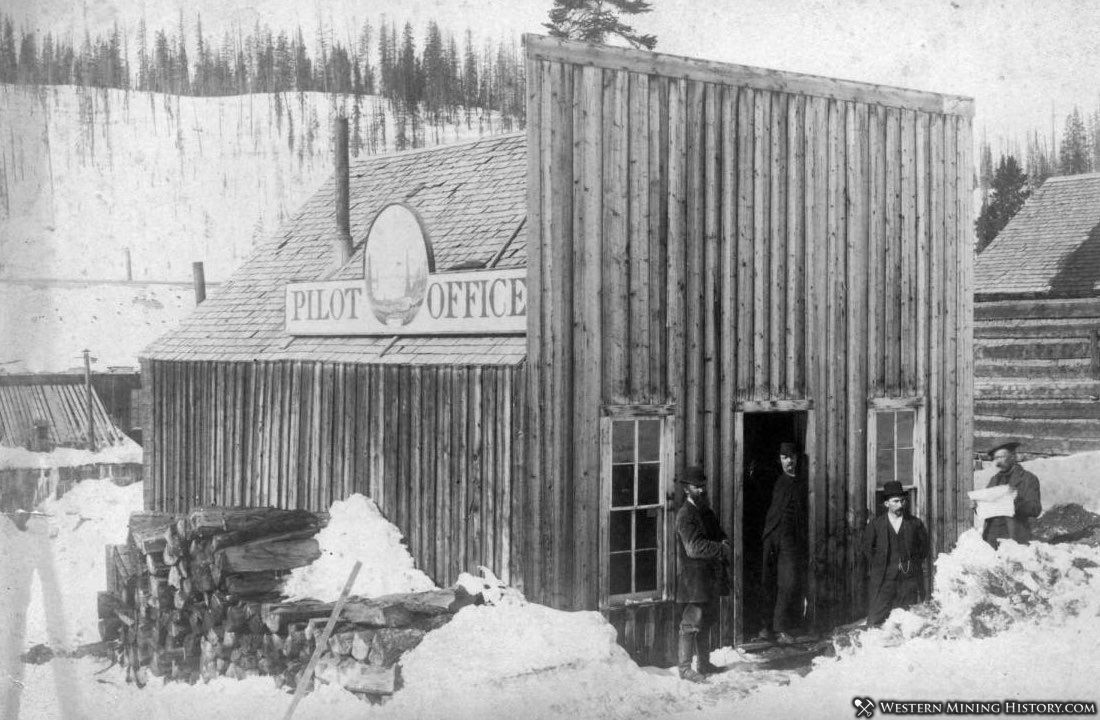 By late summer Irwin had become a city with hundreds of buildings and thousands of residents. A post office was established and five daily stages ran from Gunnison to Irwin all summer. Twenty-three saloons and gambling houses served the throngs of miners that were arriving daily.

In 1881, the publication Crofutt's Gripsack Guide described Irwin as a city of "a great number of stores of all kinds, one stamp mill, one large sampling works, six sawmills, one bank, three churches, one theatre, many hotels, chief of which is the Elk Mountain House, a brass band and one weekly newspaper, the Pilot." An estimated 25 mines were in production at this time. 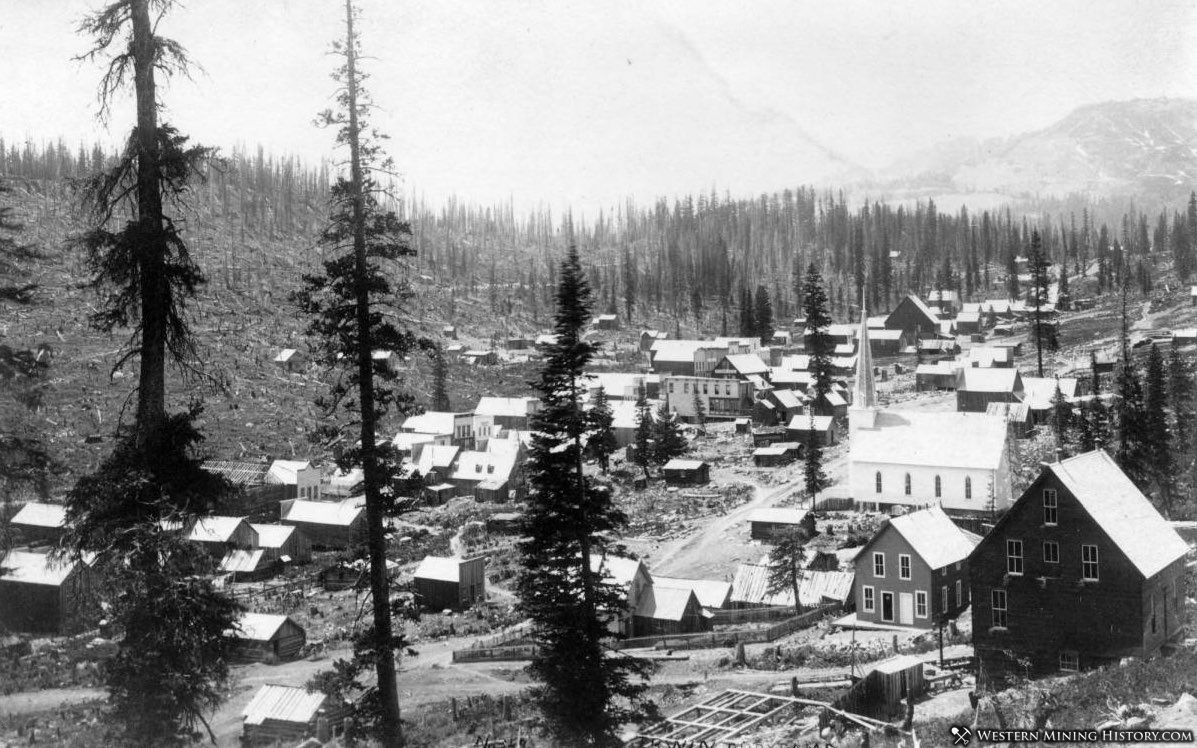 A May 1881 newspaper article describes an incident with claim jumpers: "A riot occurred at Ruby camp last week between the owners of the Bonanza mine and a party of jumpers. Several shots were fired and two men were wounded. Eleven of the rioters were finally arrested upon United States warrants and placed under $1,000 bond each." 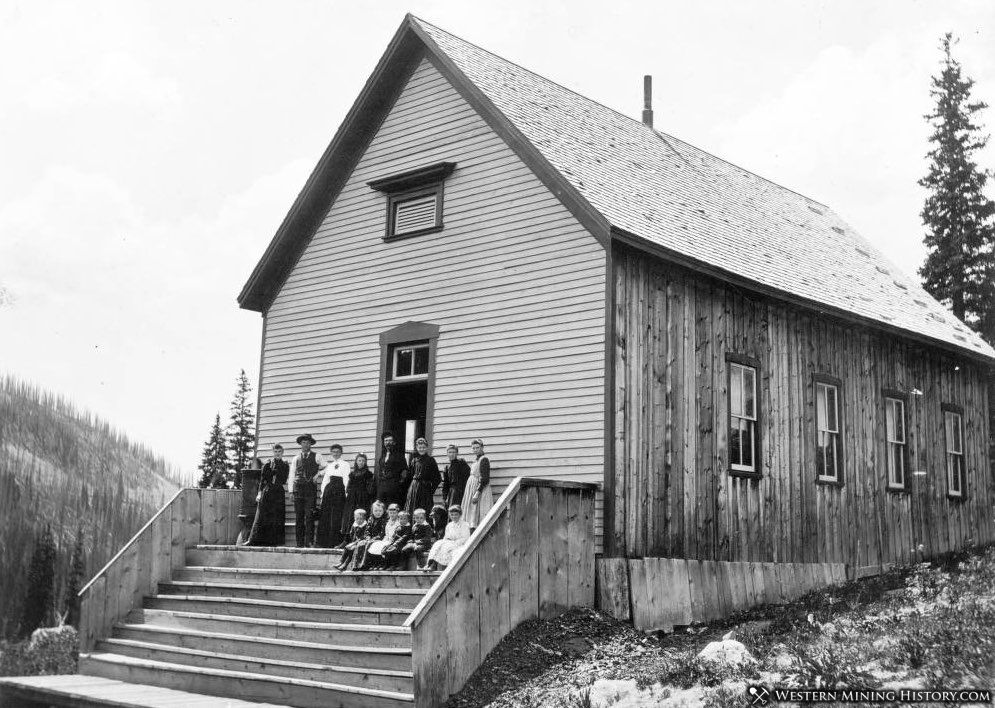 In 1883 the city of Irwin continued to make progress with a waterworks installed complete with fire hydrants. This investment was ill-timed however as most of the mines shut down in 1883 and the town lost thousands of residents.

Irwin's boom only lasted a couple years, and by 1884 the town had gone from one of Colorado's largest and most famous camps to just another sleepy mountain mining camp. The mines produced intermittently and kept Irwin alive for many years, but the post office closed in 1900 and by the 1920s the town was deserted.