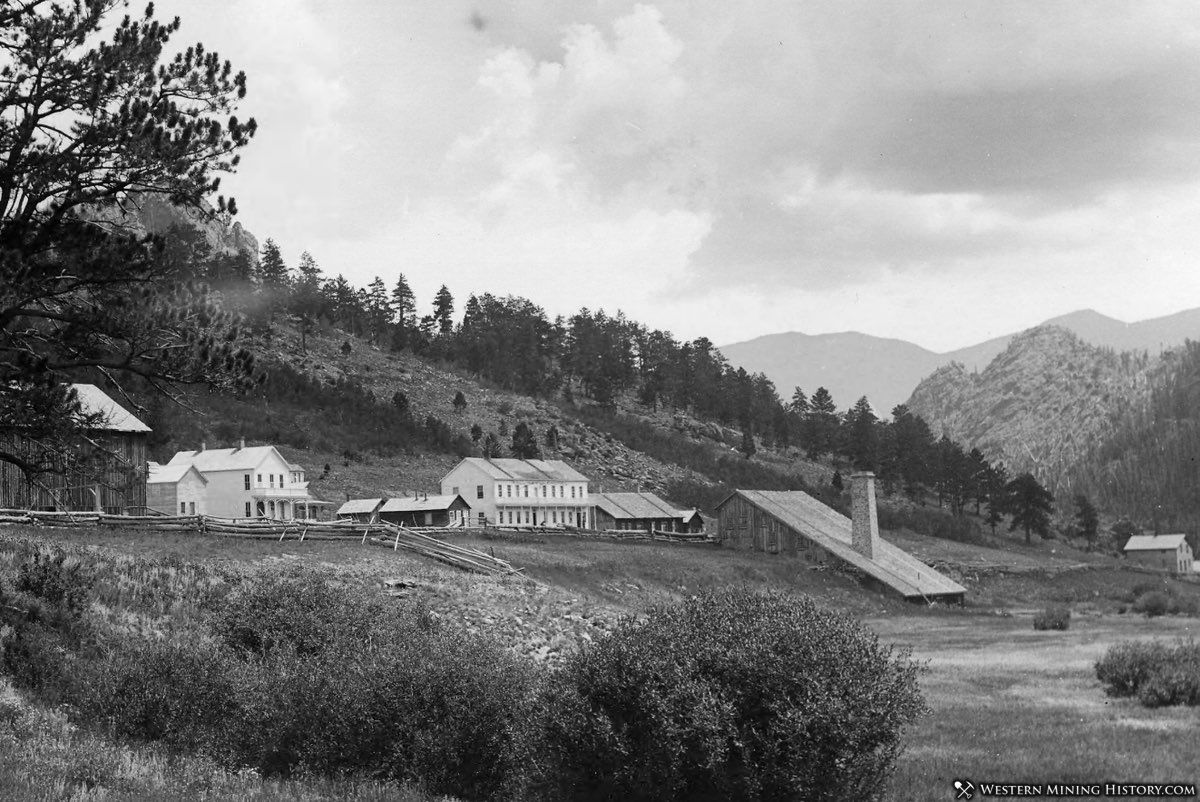 The Rollinsville Stage Stop was built in 1868 and a historical newspaper article from 1869 mentions that a 50-stamp mill was already operating there. The town established a post office in 1871 which is still active today.

Rollinsville was an early transportation hub on the Rollins Pass trail. The town and pass were named after John Q.A. Rollins, the Colorado Pioneer that built the original toll Road over Rollins Pass.

Although the rudimentary trail over Rollins Pass was used as early as 1862, it wasn't upgraded to a toll road until 1873. Not much is recorded about Rollinsville during the early days, but it must have been a prosperous town due to it's location at one end of one of Colorado's most important supply routes.

A toll road over Berthoud Pass was completed in 1874, just one year after the Rollins Toll Road was completed. The Berthoud route was superior, and Rollinsville lost much of the traffic that had been responsible for its early prosperity.

Rollinsville was not situated directly next to mines in the area, but it was central to many mining areas including a tungsten belt that would boom around World War I. The town became a location where ores were milled and mining companies established offices.

Rollins Pass would later be upgraded to a railroad route in the 1880s. The route was extremely high in elevation and faced many challenges over its difficult and winding path. In 1928 the six-mile long Moffat tunnel was completed, eliminating the need for locomotives to cross the treacherous pass.

The Moffat tunnel took decades to secure funding for and years to build. Construction of the tunnel undoubtedly stimulated the economy of Rollinsville, and secured the future of the rail line that continued to keep the town alive for so many decades. 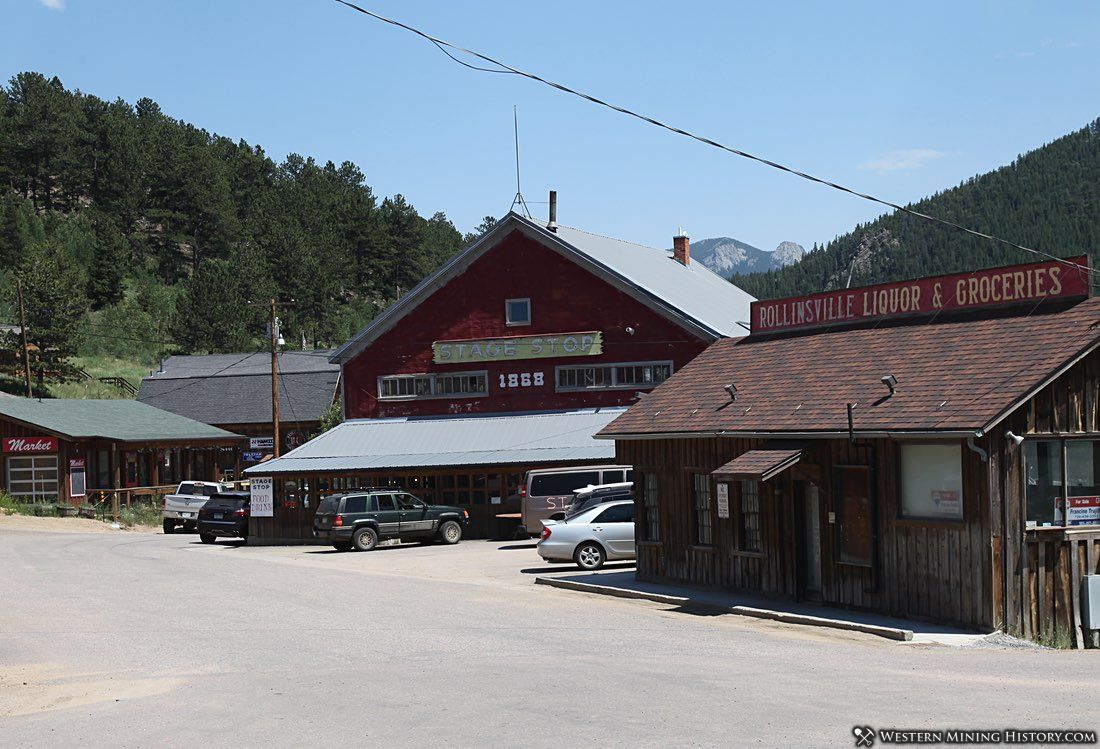 By the first decade of the 1900s Rollinsville had faded significantly. However, railroad traffic kept it from being a ghost town until the tungsten boom brought new life to the community. A May 3, 1916 edition of the Steamboat Pilot describes the state of the town during that decade:

Rollinsville Booming - Old Camp Experiences Revival From Search for Tungsten
Daniel Stukey, who has just returned from the tungsten district, says the tungsten boom has reached Rollinsville, the old mining camp on the Moffat railroad, which also is believed to be in the tungsten belt. Mr. Stukey has arranged to at once establish a store at that point with A.W. Baird in charge. Old abandoned buildings, which, for years were considered unsalable, now have signs on them stating that they are for sale at figures which run as high as $2,000 or $3,000.

The Moffat road is profiting by the excitement and there is a constant steam of people from Denver and other places getting off at Rollinsville . The Tungsteji Light of Nederland says the road plans a branch road from Rollinsville to Nederland.

Rollinsville was established and named for John Q.A. Rollins, the man who built the road over Rollins pass and was a noted builder and developer in the early days. The town had about fallen into decay, but now lots on the main street suitable for the erection of business buildings are selling at from $125 to $500, and in some cases as high as $2,000. Residence lots have heretofore been held at $5 but now are worth $75.

Rollinsville is still an active town today with a couple hundred residents. At over 150 years old, it is one of Colorado's oldest active communities. The Stage Stop is still operating as a bar from the original 1868 building.