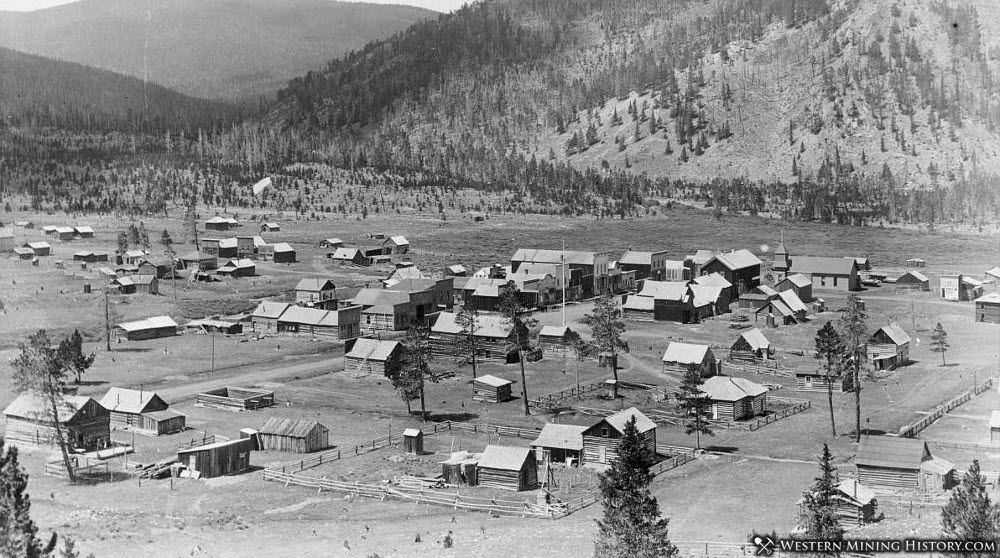 In October 1859, prospector Jim Taylor panned some gold from Willow Creek, and carried it back to camp in a tin cup; he named the valley "Tin Cup Gulch". For years the area was the site of seasonal placer mining, but no year-round communities were established, partly because of the danger of Indian attack.

Early Tin Cup was a violent place. Town marshal Harry Rivers died in a gunfight in 1882, and marshal Andy Jameson was shot to death in 1883.

The town population declined when the mines were exhausted. The post office closed in 1918, and the last town election was held in 1918.