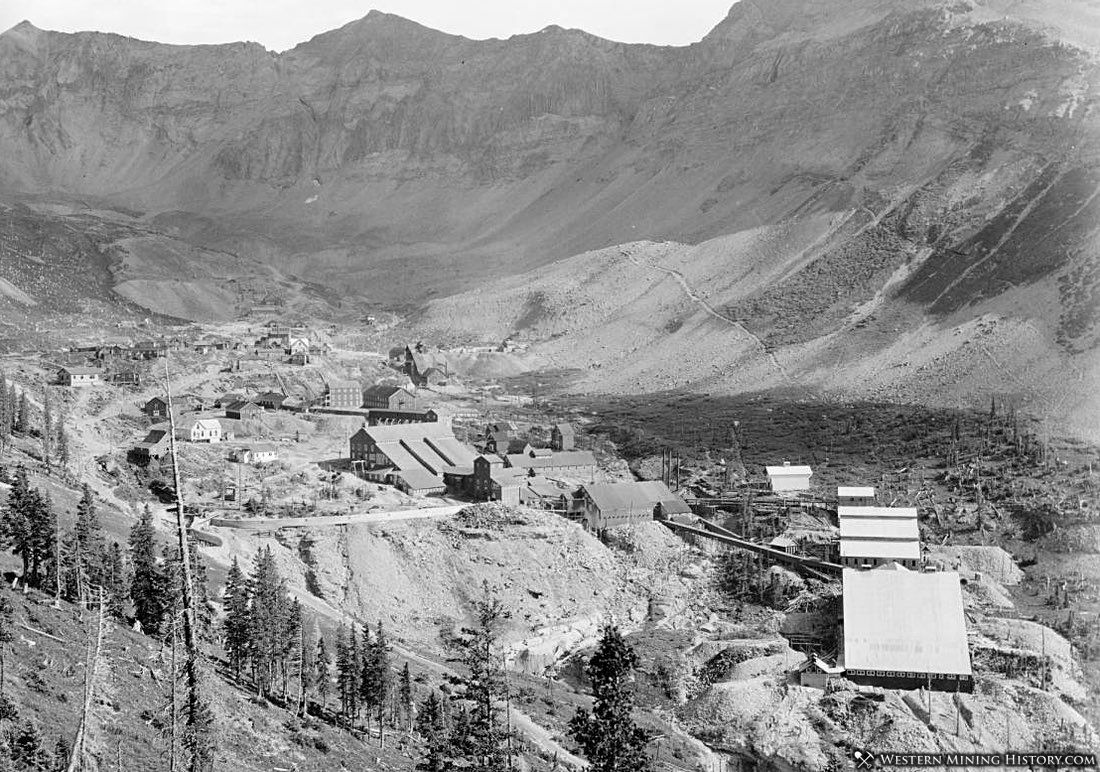 The impressive Tomboy mine and camp ruins are located several thousand feet above Telluride on Imogene Pass road, a popular four wheel drive route. A historical sign at the site gives a brief synopsis of the mine's history:

The Tomboy mine and Savage Basin Camp was located 3,000 feet above Telluride. The settlement contained a school, store, stable, and the miner's cabins. The Tomboy started producing quantities of gold ore in 1894 and in 1897 the mine was sold for 2 million dollars. A daily stage ran across this shelf road carrying passengers and mail. 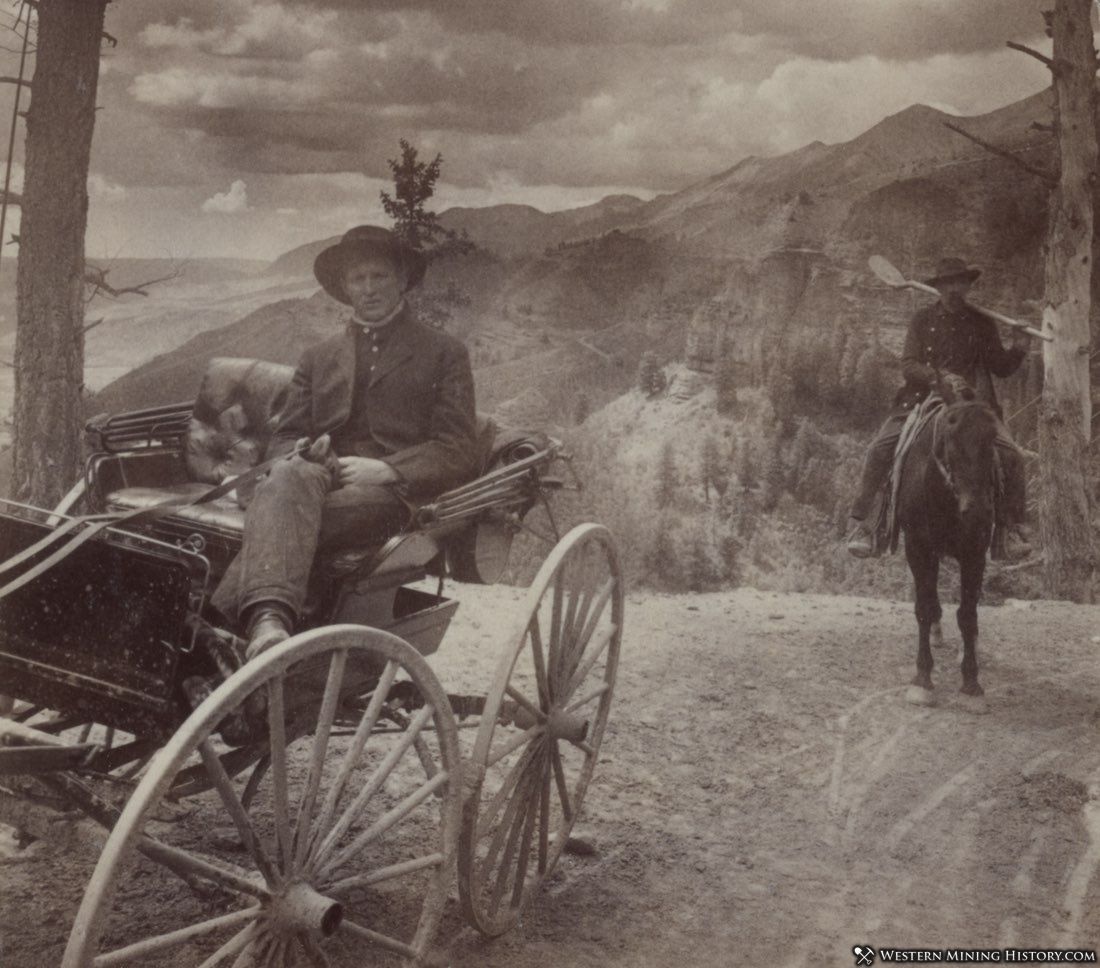 The Tomboy mine was one of the top three producers in the Telluride district along with the Smuggler-Union and the Liberty Bell.

Reports on the number of people living at the Tomboy camp vary widely with some stating several hundred and others more than a thousand. Whatever figure is true, we can conclude that this was one of Colorado's largest alpine company mining camps, a significant community that lasted decades.

The Tomboy mine had many amenities for its hundreds of employees including a YMCA with a bowling alley and tennis courts, and a club that held dances attended by Tomboy residents as well as residents from Telluride and surrounding mines. 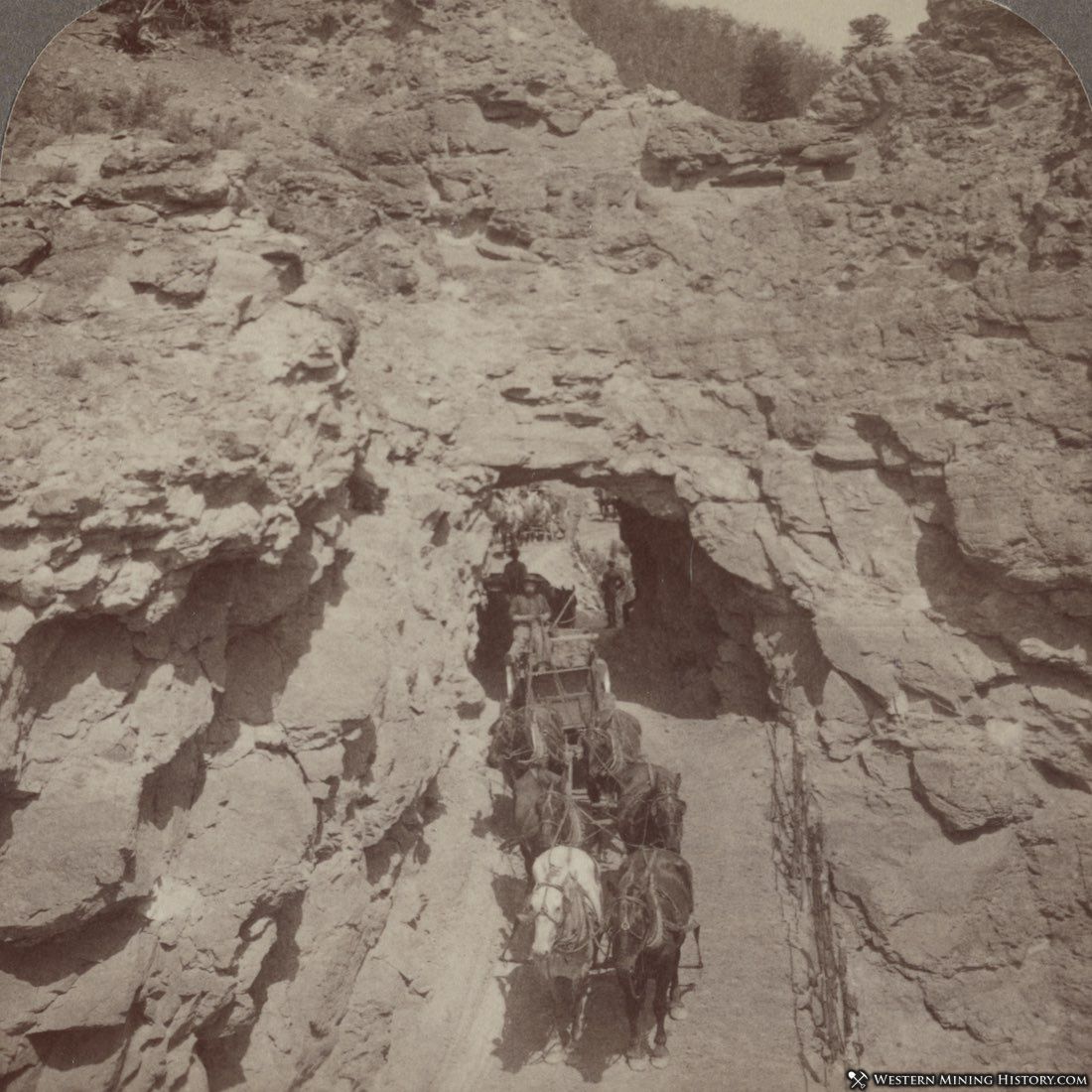 Loads of gold coming down trail from the Tomboy mine to Telluride, Colorado

Tomboy seems to have escaped much of the labor-related violence that it's neighbor the Smuggler mine experienced. However, as was usually the case in frontier camps, violent crime was still a recurring event. 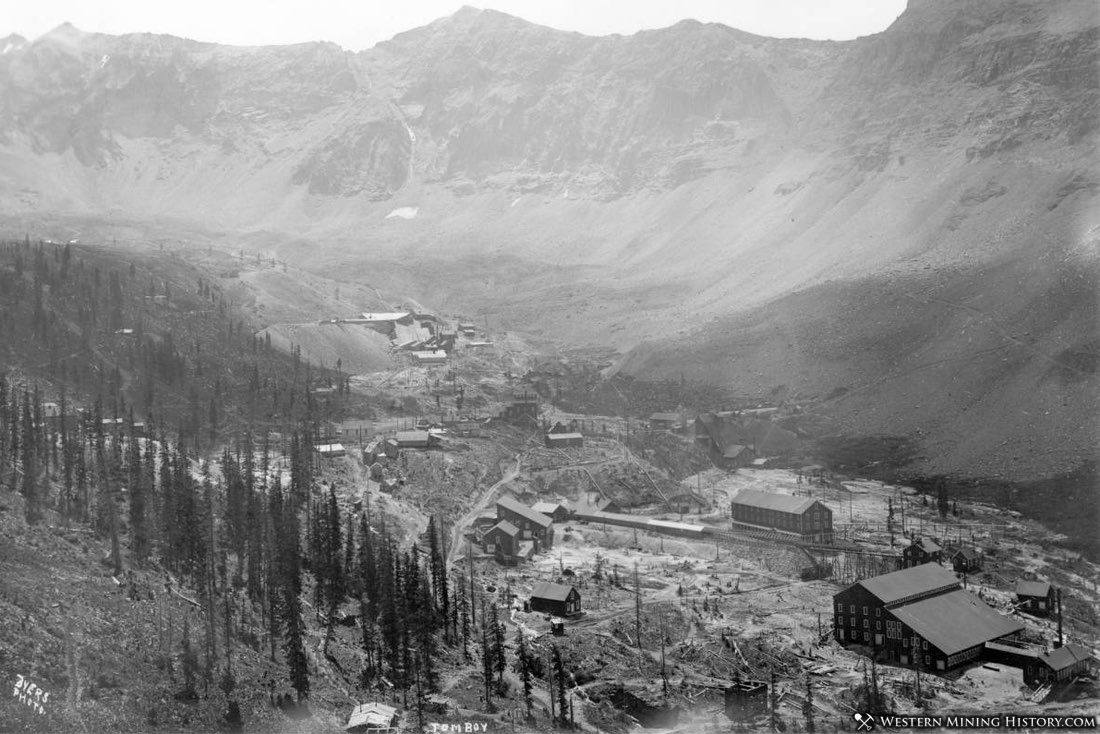 Oddly, Tomboy is not mentioned as the site of a post office while the smaller nearby camp of Smuggler did have a post office.

The Tomboy mine closed in 1928 and the camp was abandoned.