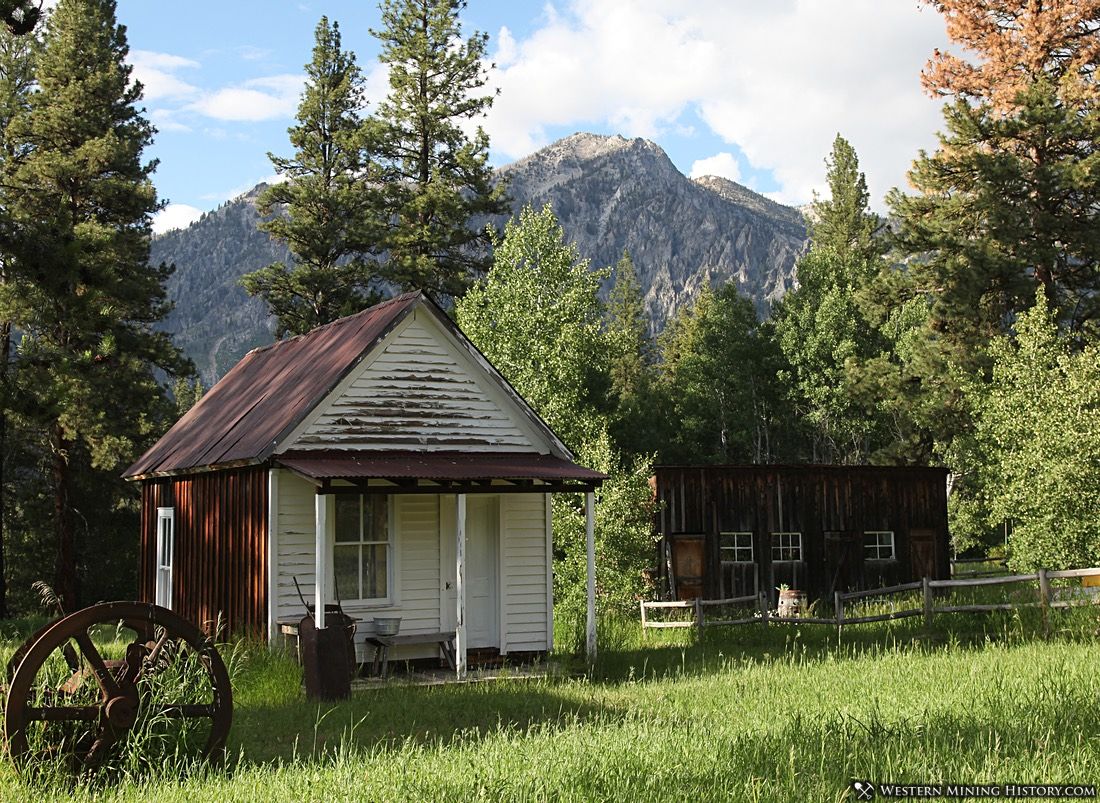 With production estimated at over 16,000,000 dollars, Atlanta was one of the more productive mining areas in Idaho. However, due to the extremely remote location, it took several years for any significant production to occur after the initial ore discoveries in 1863, and almost 70 years for the district’s mining industry to be fully developed.

John Stanley and party made the initial Atlanta discoveries in the summer of 1863 but kept the locations secret. By August of that year many miners set out from the Boise Basin in search of Stanley’s treasure but most returned empty handed. 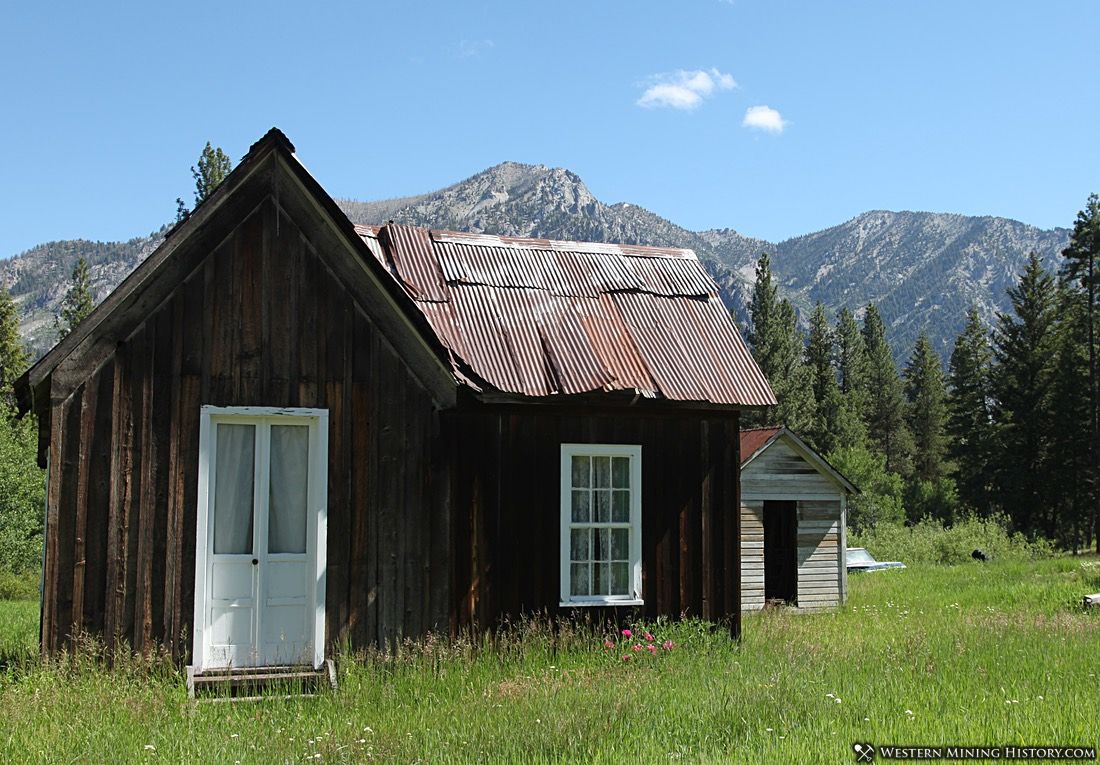 Stanley returned to the Atlanta area in 1864 prepared to work the previous discoveries and explore the area more thoroughly. The Yuba River district was formed, named after the river where most of the initial placer mining activity was located. Word got out and by October around a hundred men were working placers on the Yuba River.

In November of 1864 a significant ore discovery was made that would become known as the Atlanta lode. The discovery would result in Atlanta being transformed from a minor placer mining area to a lode mining district with great potential. However, the area was remote and development of the new mines would prove to be exceedingly difficult. 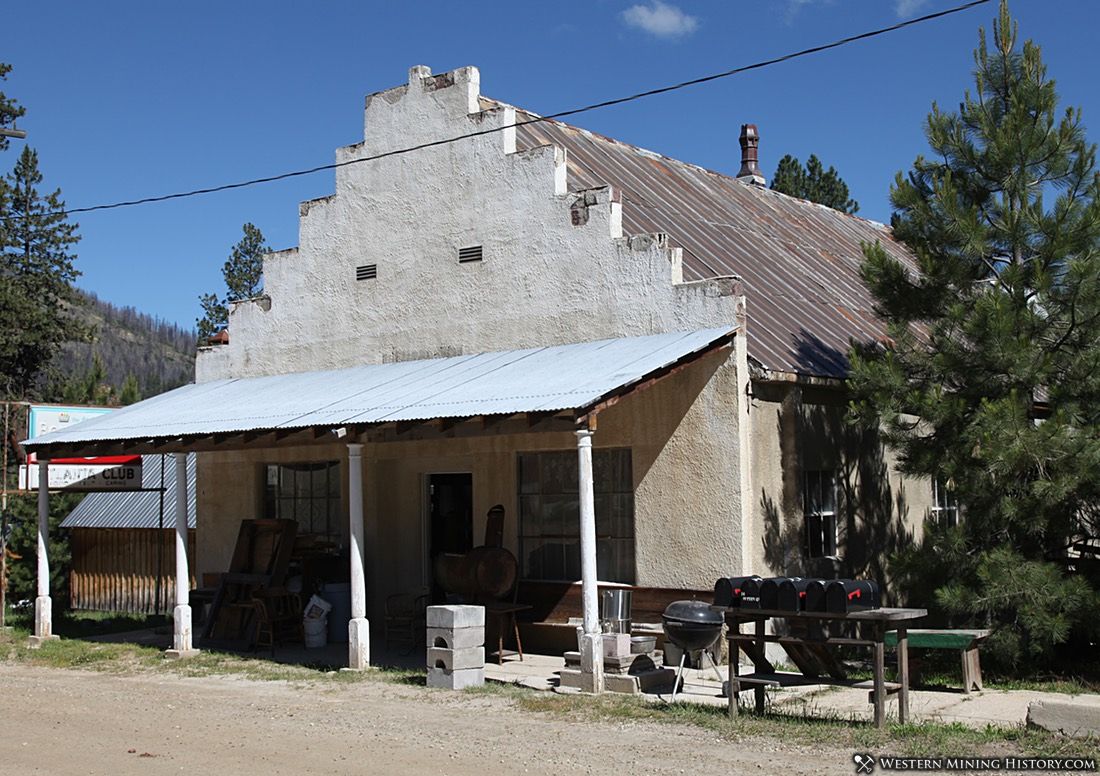 Despite the discovery of the Atlanta lode, the Yuba River district remained a small placer mining area for several years until mills were constructed that supported initial attempts at lode mining. Atlanta’s difficult location continued to slow development of the mines however and it wasn’t until 1868 that enough capital was raised to start mining in earnest.

In 1868 the Lucy Phillips mill was built with backing from British investors. It is estimated that construction of the mill employed nearly half of the fifty to sixty men working the district at the time. During 1868 and 1869 several other mines saw new development backed by outside capital. However, most of the new ventures were not successful as a result of the failure of the mills to recover a significant part of the silver present in the ores, and by continued logistical problems resulting from the extremely difficult location of the district. 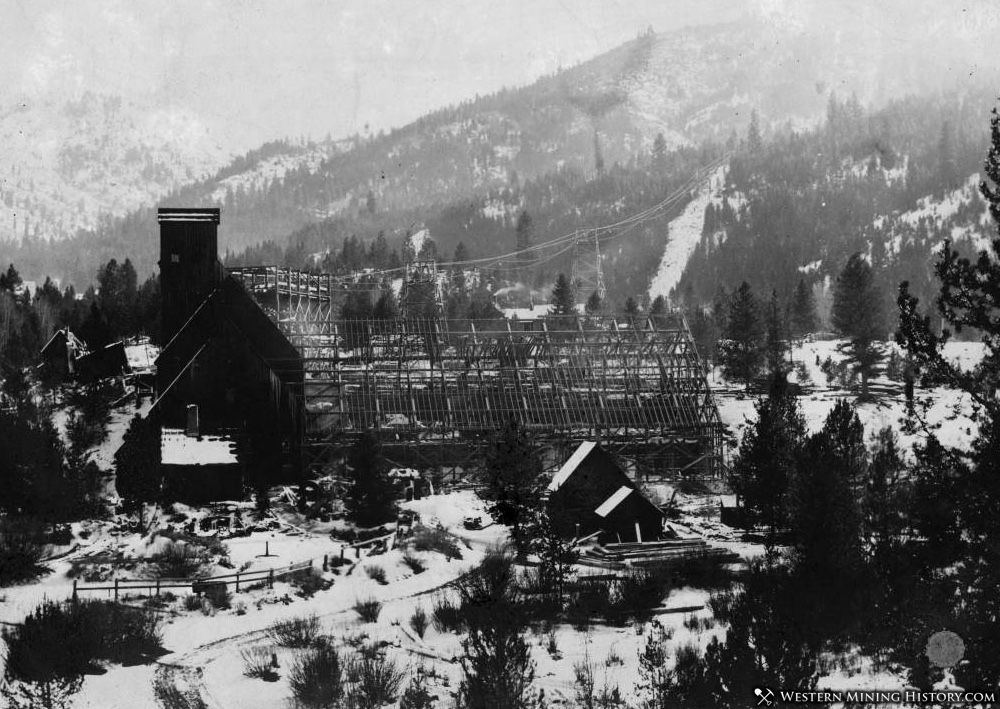 By 1874 the mines of Atlanta were being worked by small operators that were focusing on the highest grade pockets of ore. Rossiter W. Raymond made the following statement on the situation in Atlanta that year:

“The fact that nearly all the mine-owners are poor working men, unable to put their mines in condition for continuous working during the long and severe winters, the absence of facilities for transportation and of proper works for the reduction of silver ores, together with the high prices for provisions and mining implements and materials, continues to be severely felt by the Atlanta people; but present indications prophesy that in spite of the drawbacks better days are in store for the district.”

1876 saw renewed interest in Atlanta by outside capitalists. New mill construction and mine development resulted in the town of Atlanta growing to around 500 residents. The Atlanta mines operated with some success between 1876 and 1878, but difficulties with mill yields and high freighting costs to the remote district continued to dampen the potential of the local industry. This cycle of new investment and subsequent disappointing results from the Atlanta mines would continue for decades to come. 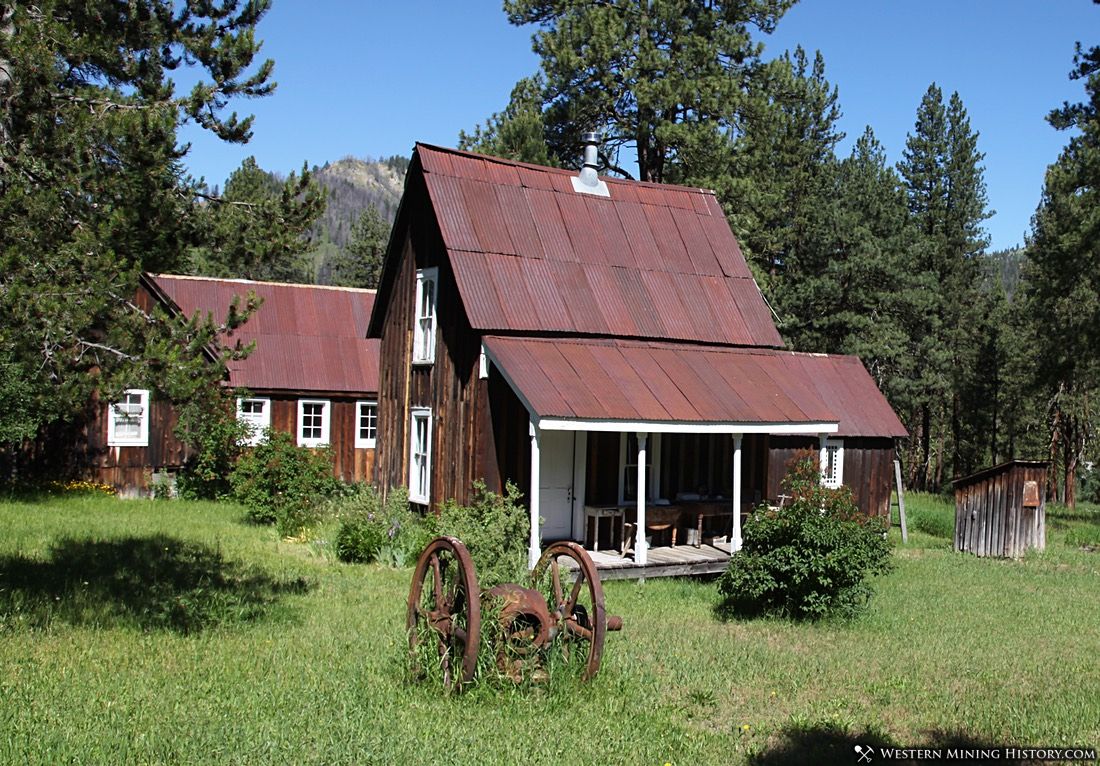 Remarkably, it wasn’t until after 1932 that the great ore bodies of the Atlanta area were successfully mined at scale. The Middle Fork road from Boise to Atlanta was completed in 1938, and Atlanta finally had a transportation option other than the difficult road over the mountains from Rocky Bar.

Although early records of Atlanta ore production are sparse, it is estimated that over 16,000,000 dollars in gold and silver was mined in the district, with the majority of the production occurring after 1932. 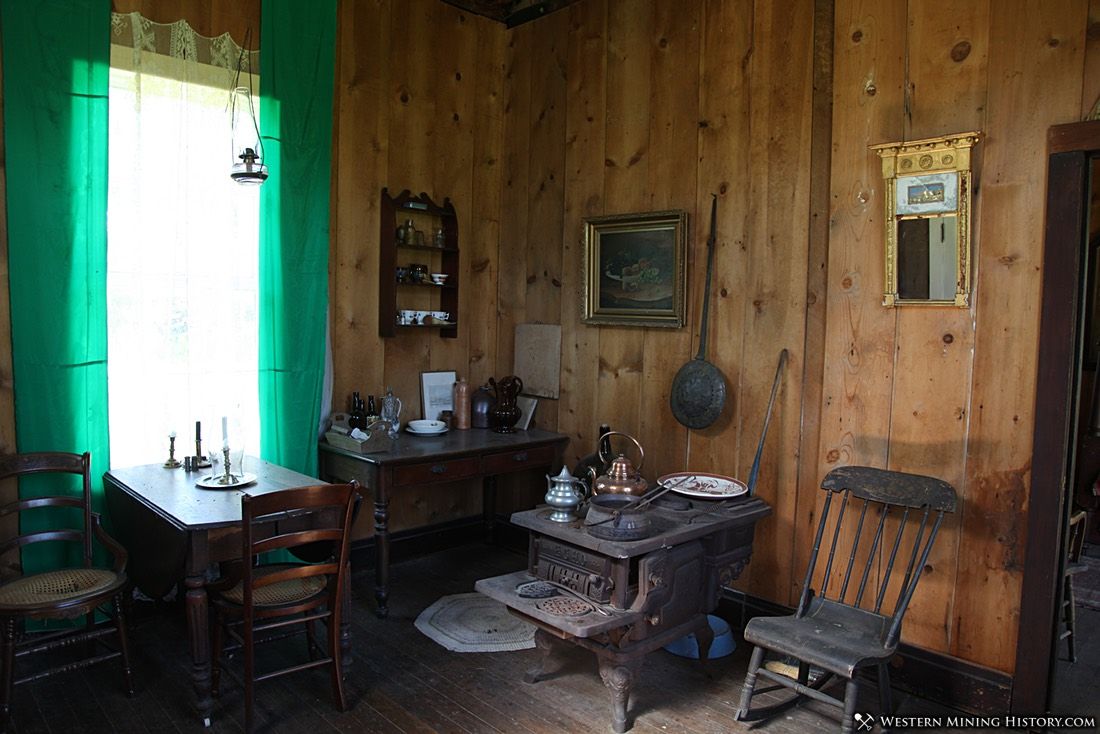 Interior of one of Atlanta's historic homes

Today, Atlanta is still one of the remotest towns in the West. Many mining-era cabins and homes remain and a mostly seasonal population keep the town active. Atlanta sits in the shadow of the magnificent Sawtooth mountain range, on the Middle Fork of the Boise river and has two campgrounds just outside of town. Atlanta is both a fascinating mining town to visit and an excellent destination for travelers interested in outdoor recreation. 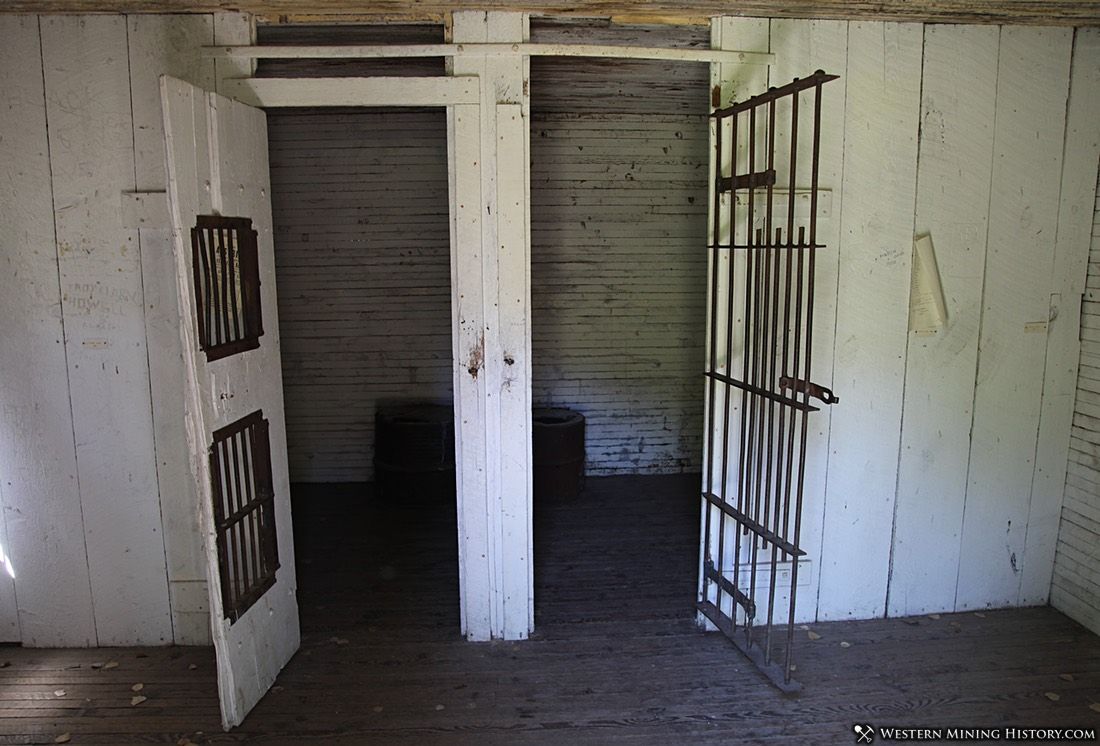 The Atlanta Historic District, a 10-acre historic district including 12 contributing buildings was listed on the National Register of Historic Places in 1978.