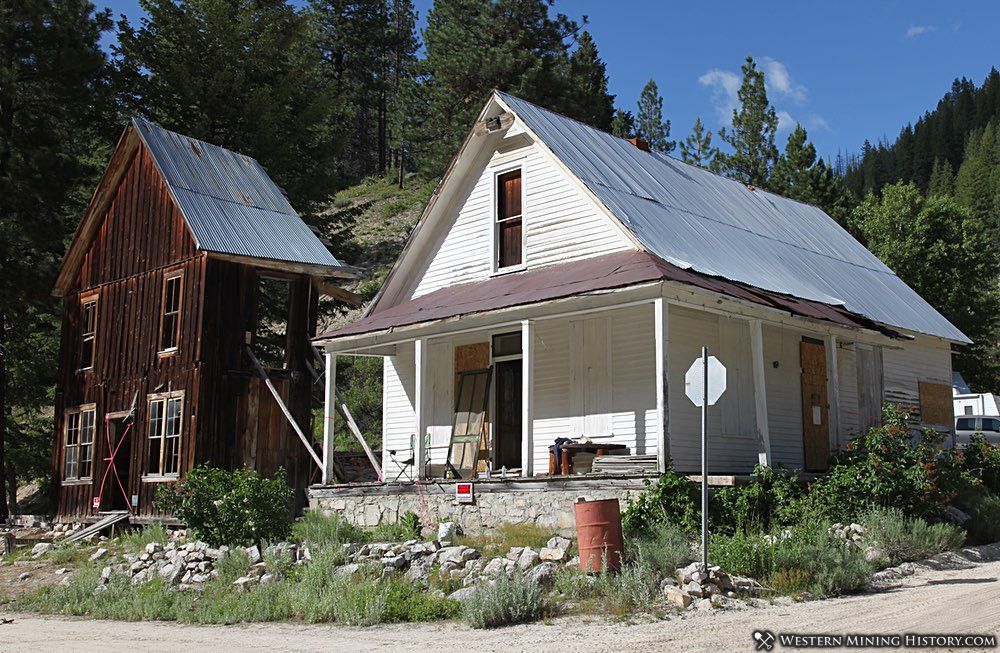 Gold was discovered on the Feather River in 1863 and a rush was on to what would be known as the South Boise diggings. Rocky Bar became the largest settlement in this new district. 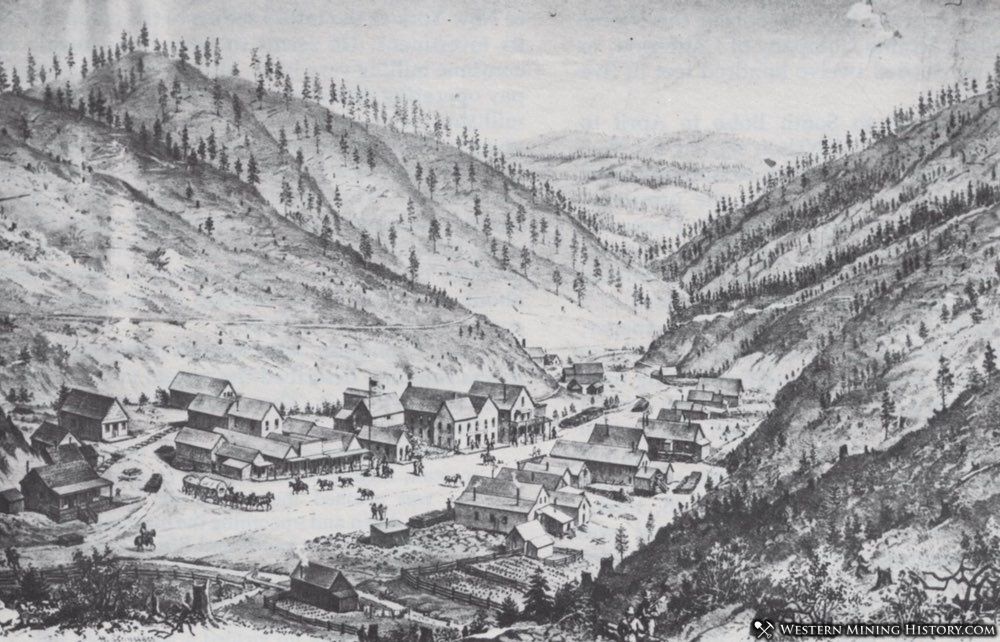 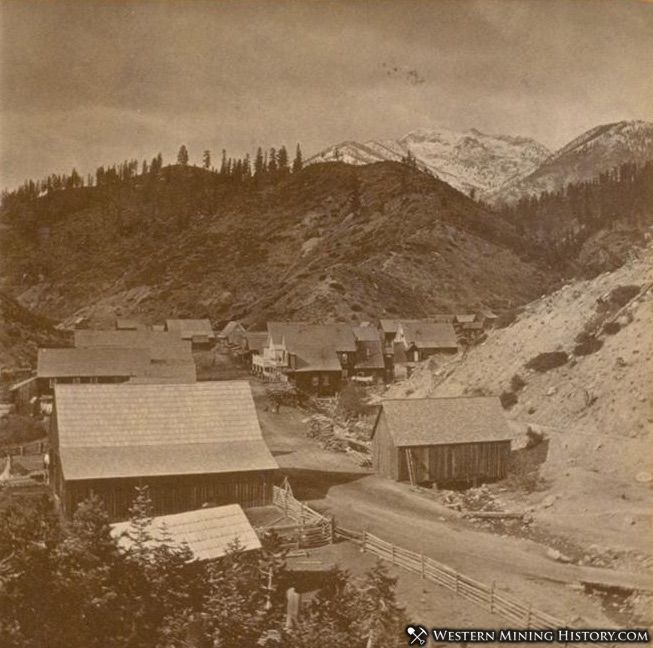 Illustration of Rocky Bar during its boom years

Shortly after the completion of the toll road, the first stamp mill was built at Rocky Bar. The five stamp mill, built by Cartee and Gates, could crush five tons an ore per day, a huge improvement over the arrastras being used up to that time. Equipment for six more stamp mills was on route to Rocky Bar that fall.

The publication Gold Camps & Silver Cities details the extreme difficult and cost of transporting heavy equipment to the remote region during the mid-1860s: Waddingham arranged to bring in an eighty-horsepower, forty stamp mill at a cost of $100,000 or more. Freight costs from the Oregon Steam Navigation Company's dock at Wallula overlad to Rocky Bar ran $40,000 alone. To haul the machinery, Waddington required forty-five "mammoth wagons". 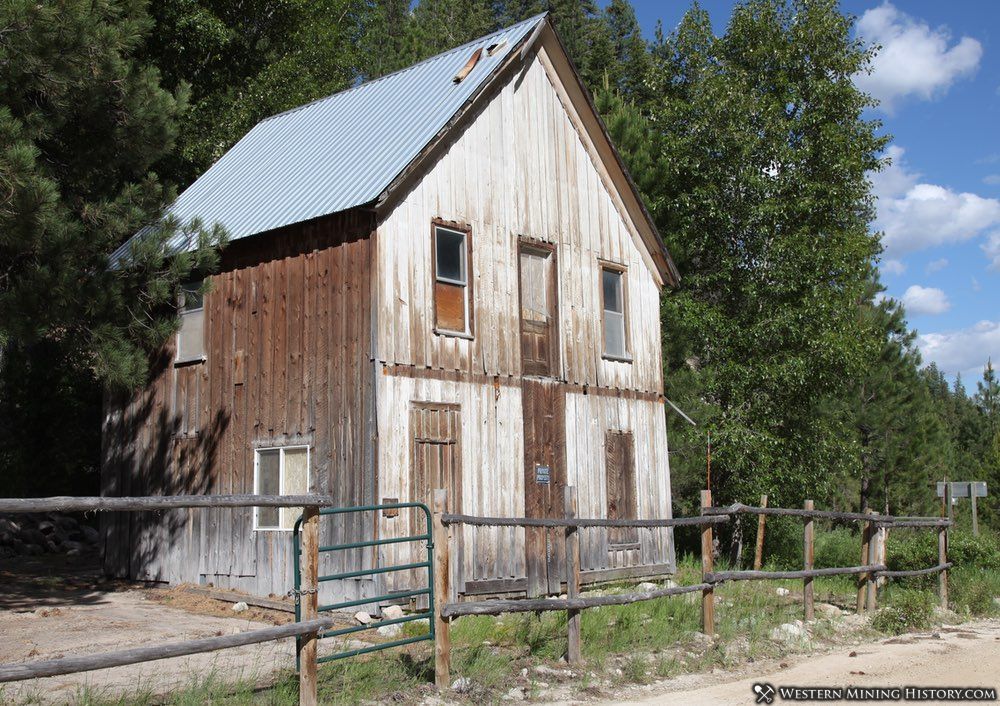 By the spring of 1866, South Boise had more milling capacity than any other district in Idaho. The frenzy of mill-building was financed by New York capitalists, and by late 1866 most of the ventures had failed. The remote capitalists were not familiar enough with the mines and underestimated the cost of transporting equipment to the area. When the mills finally came online, the companies found themselves low on capital and without adequate ore to process. 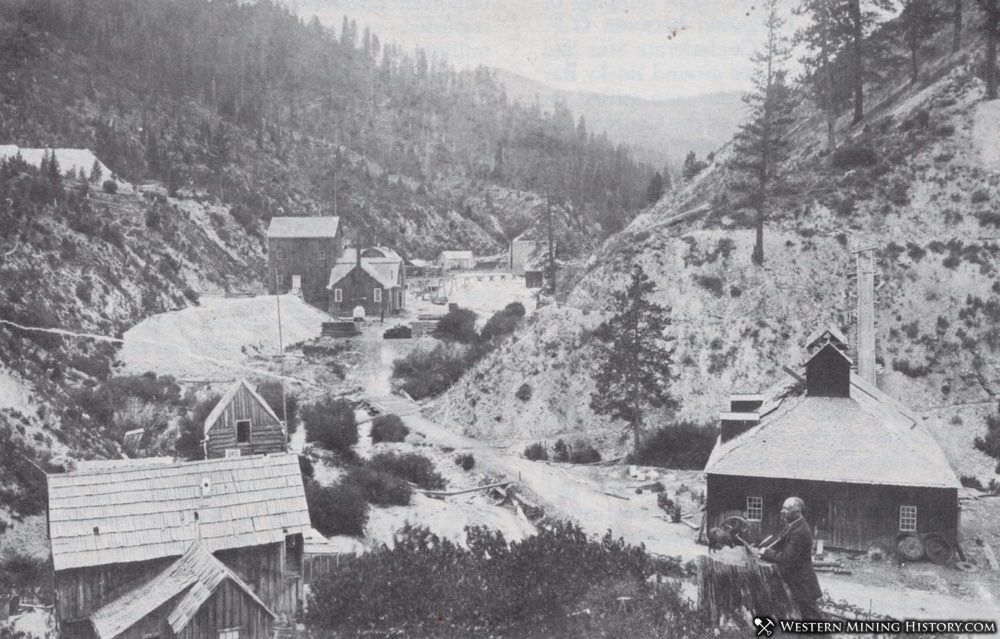 Elmore, Pittsburg, and Confederate Star mines at Rocky Bar prior to 1884

South Boise became the location of numerous stamp mills and mines that couldn't produce enough ore to keep the mills busy. Many of the mining companies went broke, and by summer of 1866 the initial mining boom at South Boise was over.

The completion of the trans-continental railroad in 1869, along with improvements in regional transportation routes and improvements in mining technology resulted in new interest in South Boise mines by 1870. 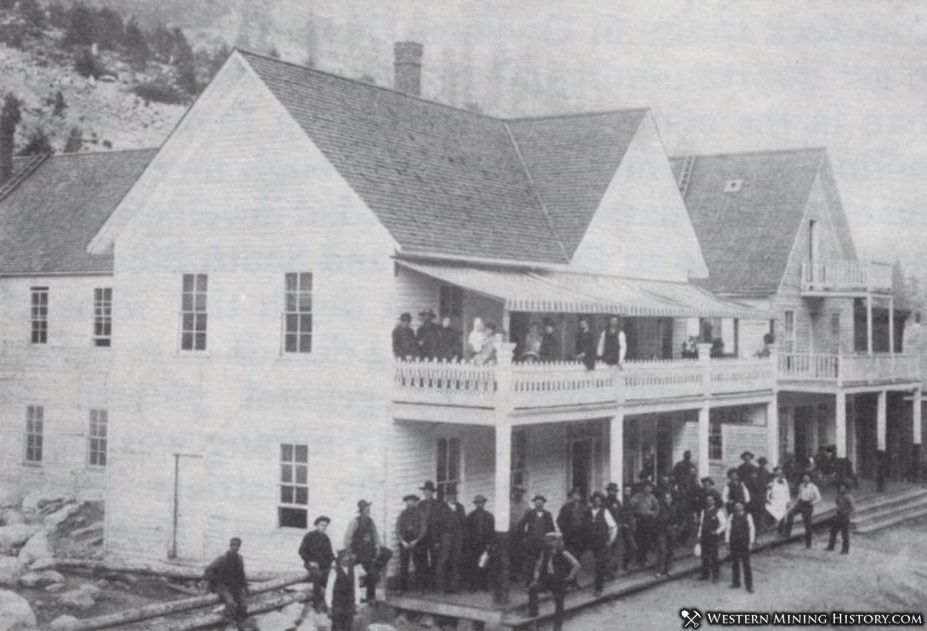 1892 was a pivotal year for Rocky Bar. The town had 500-600 residents at the time and many mines were still active. However, many of the mines were reaching the end of their reserves and were shut down permanently. A fire on September 1 of that year destroyed most of the town. Rocky Bar was rebuilt, but with mining not as rich as in previous decades the town never regained it's boom town status.

Various mining operations kept Rocky Bar viable for decades, but eventually the mines all closed and the community became another mining ghost town.

Today, Rocky Bar has a few remaining structures and a handful of residents are working to preserve what is left of the town.