John and Olivia Ferguson discovered gold here around 1891. The original name of the camp they established was Ferguson. However it was eventually renamed "Delamar" after John DeLamar, and entrepreneur who bought the best mining claims in 1893 for $150,000.

Delamar peaked in 1897 with over 3,000 residents. The town contained a newspaper, hospital, school, churches, stores, a theater, and professionals. Entertainment included brass bands, dance orchestras, and stage attractions at the opera house.

Water came from Meadow Valley Wash 12 miles away. All other materials were hauled through the mountains by mule team 150 miles from a railroad head at Milford, Utah. For 16 years most of the bullion was hauled out in the same manner. 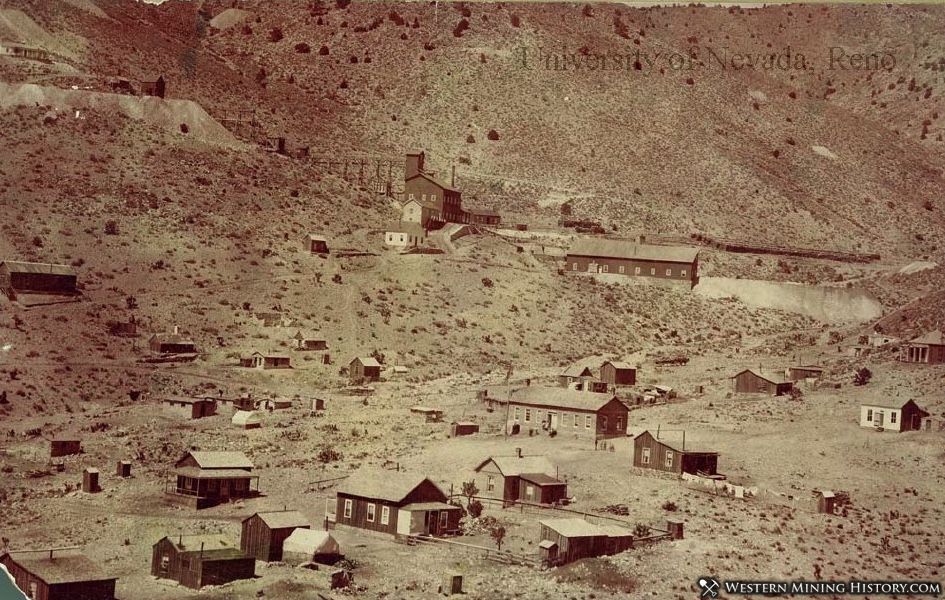 The dry milling processes used prior to the introduction of wet methods, created a fine silica dust, or "death" dust, causing the deaths of many residents and gave the town its nickname, "The Widow Maker".

Half the town burned in the spring of 1900 and was only partially rebuilt. In 1902 John DeLamar sold his mine. The new owners built a 400-ton mill the following year which helped keep the district one of the state's richest producers. In 1906 Delamar was the third richest district in the state, only outdone by the new mines at Tonopah and Goldfield.

Delamar produced $25 million in gold and was Nevada's leading producer at the turn of the twentieth century. From 1895 to 1900, a period when Nevada mining was experiencing a depression, Delamar accounted for half the mineral production in the entire state. 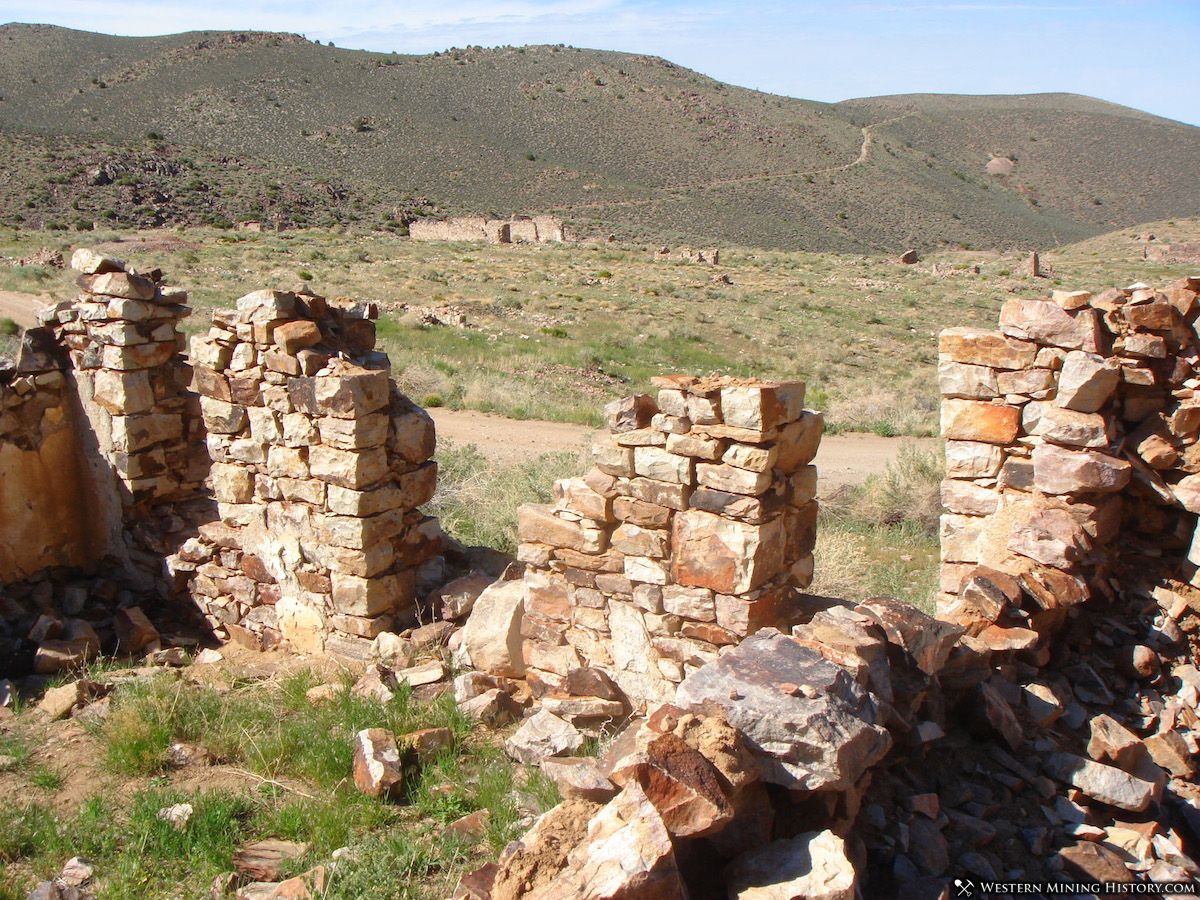 A newspaper article from July 1895 describes how the Delamar Company found itself in some trouble for minting its own coins. The following text is from that article.

It Has Been Forced to Withdraw Its Coinage From Circulation.

The Gazette contains this evening an interview with United States District Attorney Jones, who has just returned from Delamar, Lincoln County, Nevada, where he had been called on account of a private mint that existed there.

The Delamar Company is the owner of extensive mines in that section and has for about a year been making in New York coins of aluminum and tin, bearing the stamp of the company. These coins were shipped to the mines and used for paying the men, being redeemable in United States coin at the office of the company.

Little attention was at first paid to them, as it was strictly a local affair; but during the past few months the coins have entered into general circulation in Southern Nevada and Utah, even the newsboys on trains readily accepting them.

When the United States District Attorney reached Delamar the manager of the mines refused to withdraw these coins, claiming the coin was necessary, as it was unsafe to ship the necessary amount of gold and silver to the camp. These tin coins, he said, were merely used locally. He was arrested, but was released on his own recognizance. Finally the attorneys in New York telegraphed that all the coins would be withdrawn and United States money substituted.

Delamar is the scene of great activity at present, developments of mines in that section being encouraging. Large numbers of settlers are constantly arriving, and numbers of freight trains, giving the appearance of lively days in Nevada's mining camps.