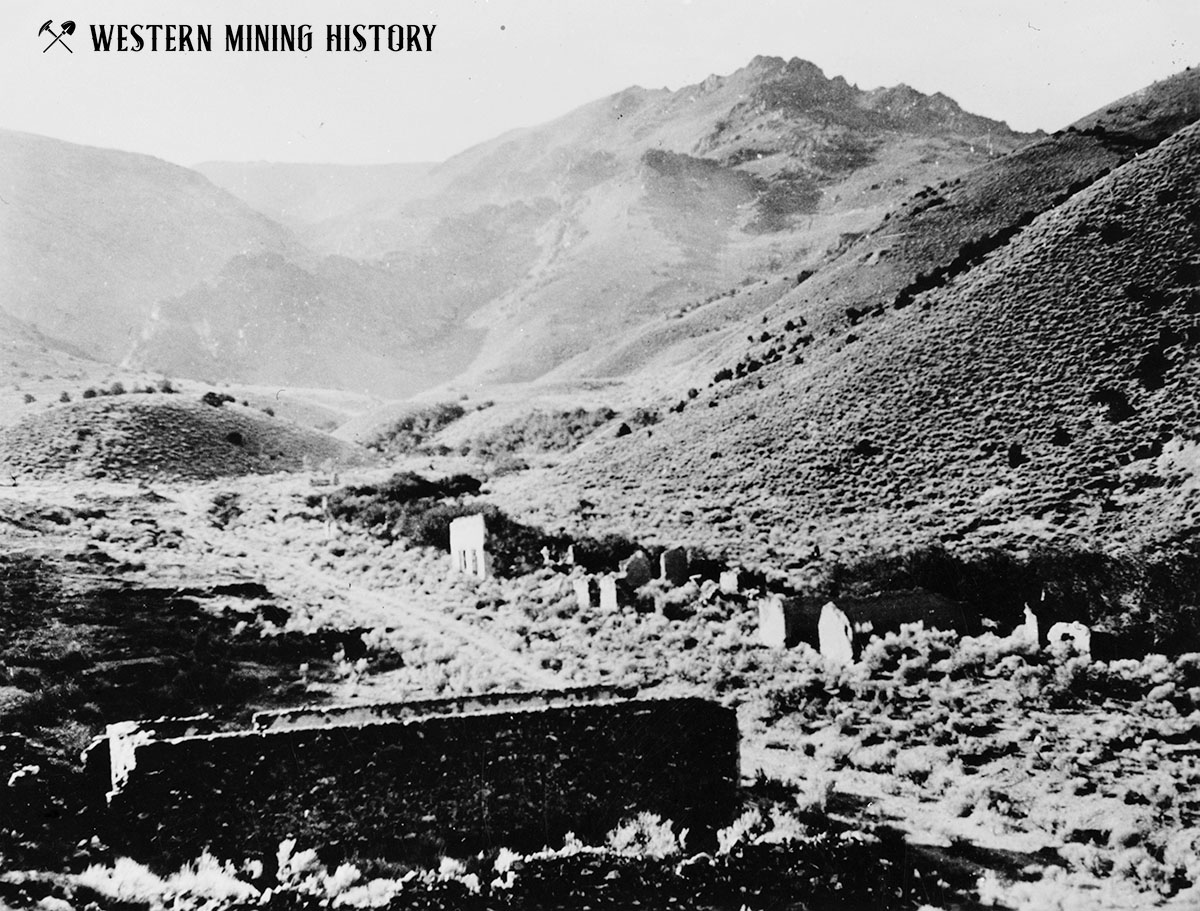 In 1860 the rush to the Comstock Lode was in full swing. Men poured into the region by the thousands, with some of them choosing to move beyond the crowded Comstock mines with the hope of finding a new strike. In the spring of 1860, one of these men, a French trader, discovered rich silver ore in the Humboldt mountain range.

Additional prospectors arrived and a settlement was formed by the end of 1860. However, survival was difficult with supplies scarce, and hostile Indians were not happy about the incursion into their territory. Due to these difficulties, the initial camp disbanded in early 1861. Around 200 people returned in August however, and the town of Humboldt City was established.

By 1863 the town had around 500 residents. The town was described as "a picturesque village of 200 buildings including substantial stores and well-built houses... with two hotels, a post office, and two saloons." Humboldt City was important enough during this year to become the terminus of a new wagon road from Red Bluff, California that was built at a cost of $40,000. 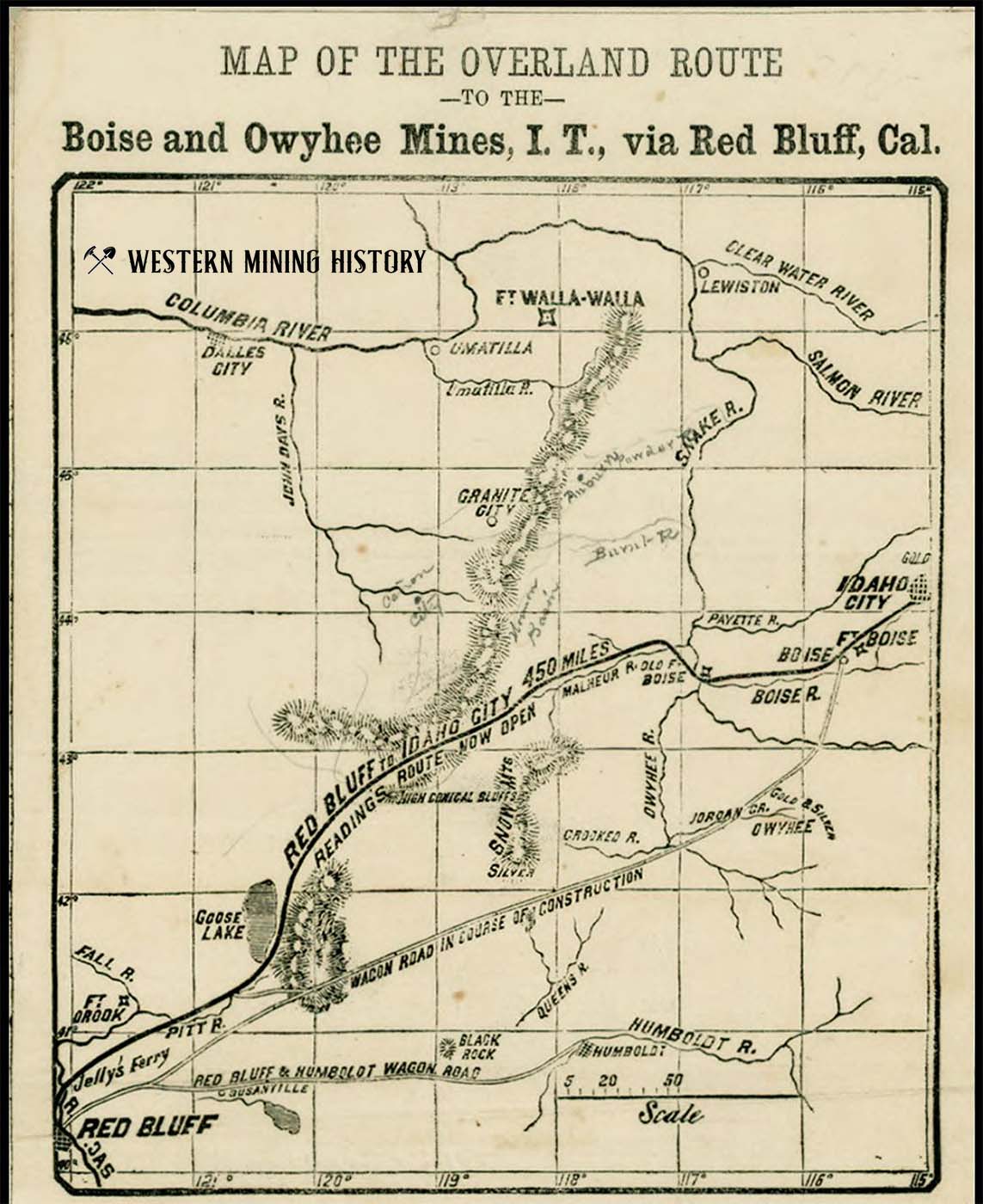 1863 Map of the Wagon Road to Humboldt City

Although numerous ore discoveries were made in 1863, the mines were quickly exhausted and the district was already in decline by 1864. Construction was started on a 61-mile ditch from the Humboldt River to the mouth of the canyon to facilitate milling, but the project was abandoned as the mines started to decline.

Humboldt City clung to life for a few more years but by 1869 it was all but abandoned. Unfortunately there seem to be no surviving photographs of the town during the 1860s.

"Humboldt City is a town of about sixty houses, principally built of adobe, stone and wood, and covered with shakes, straw, canvas and lime cement. Some of the adobe houses are plastered inside and out in good style. The town is situated in a cañon and about six miles from the Humboldt river, northeast side. The town is well watered by springs, the water running within six to ten feet of the doors of a majority of the houses. The streets can be overflowed at ten minutes warning.

The climate is splendid-neither too hot nor too cold. Grass good in the mountains and on the river. Wood of a good quality, and can be had at $8 and $10 per cord. I can buy perhaps 500 cords cut within five and seven miles, at $4 at the stump, but I think that wood will in five years sell at from $12 to $20.

Silver mining prospects extra good. Mining stock selling to strangers at rapid rates; they visit our country, make careful assays, then buy to the full amount of their means.