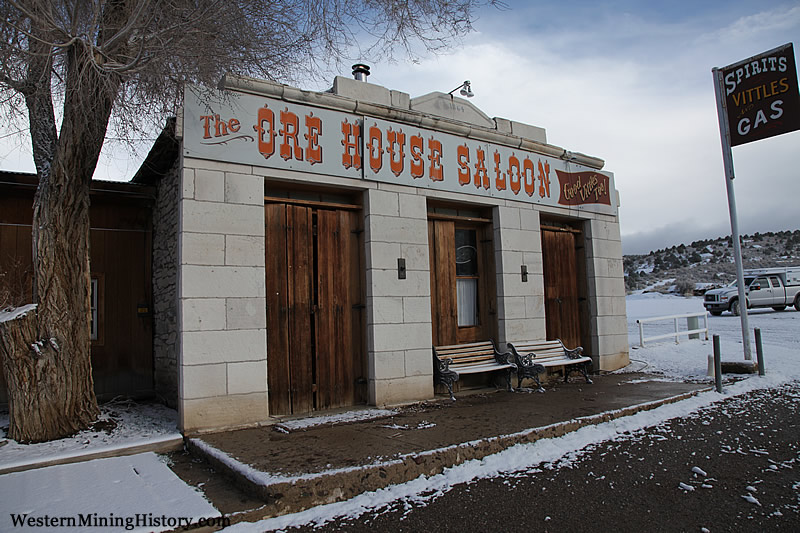 Ione Valley had a dense and permanent aboriginal population, dating back about 5,000 years. Unusual property arrangements and agricultural methods were practiced later by the Shoshone and Northern Paiute Indians. 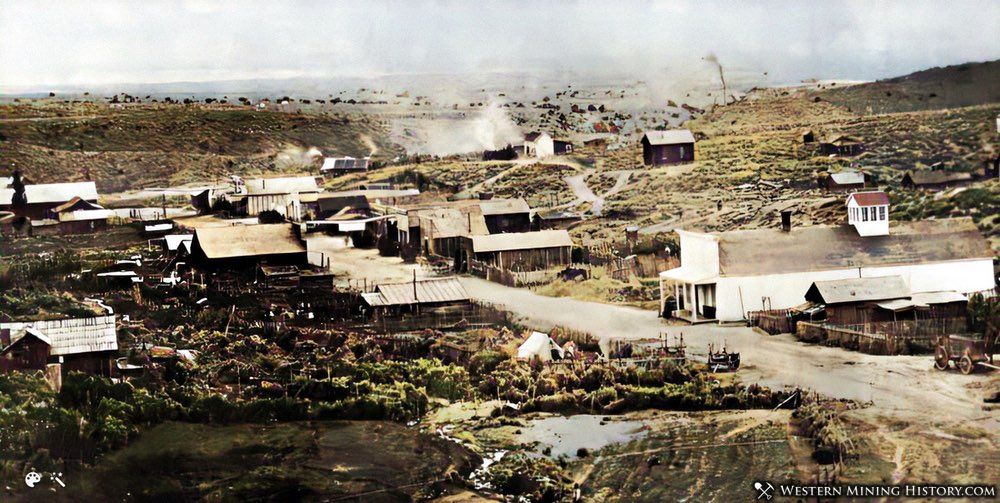 Silver was discovered in 1863, and in 1864 Ione City was named first county seat of newly created Nye County. Over 600 people worked in this prosperous town until Belmont wealth attracted most of the miners in 1865, and the county seat in 1867.

Alternately prosperous and poor, yet never completely abandoned, Ione suffered mining depressions, milling difficulties, and the loss of miners to richer strikes throughout its history.

Previous text from a historical marker at Ione

Ione was settled in 1863 following discovery of silver ore. The original town had almost 50 buildings and was situated in Ione Canyon. In 1864 the town was moved out of the canyon to a spot closer to the principal mines of the area.

In 1864 Ione became the county seat of newly-created Nye County. The town experienced a rush that year and counted over 500 inhabitants and 100 houses.

The first stamp mill at Ione, the Pioneer mill, was completed in the spring of 1865. That summer the $130,000 Knickerbocker mill was completed three miles south of town. This mill treated ore from Ione and neaerby districts for almost a decade.

The local mining industry experienced a depression just a couple years later and in 1867 the county seat was moved to the more prosperous town of Belmont.

The mines of Ione had a few good years up until 1880 but were generally overshadowed by mining excitements at places like White Pine. The town was largely deserted in the early 1880s but intermittent mining kept Ione from become a ghost town. Quicksilver mining in the 1920s and 1930s kept the town active through the Depression.

Today Ione still has a small population and a few historic buildings.