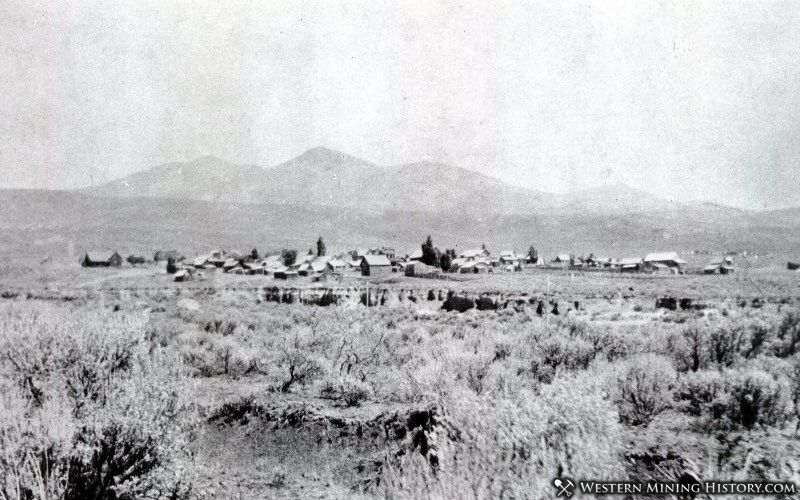 Malheur City had a post office from 1879 to 1944. Although modern publications refer to this as the Malheur District, in the 1800s it was referred to as the Shasta district.

Details of the early key events at Malheur City vary between sources. It seems likely that the area was first settled in the early 1860s, about the same time that towns like Auburn and Clarksville were founded.

All of these early northeast Oregon towns were founded at placer gold diggings, but similar to the mines of the Boise Basin in Idaho, suffered from lack of water. Much of the mining at the time occurred in the spring and fall when there was enough rain to work the mines. Extremely dry summer conditions idled most of these districts. 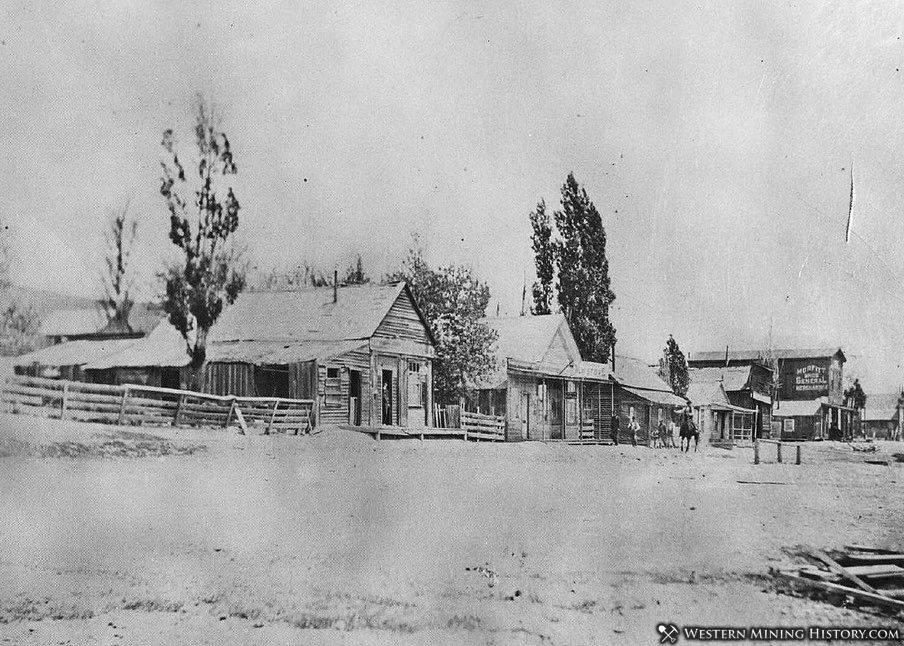 Malheur City was likely mined on very small scale for many years and only around the occasional availability of water. How many people were at the town, or even whether there was a year-round population at all, is unknown. This situation changed by the late 1870s with the completion of the Eldorado Ditch, the largest ditch system ever constructed in the West.

The year the ditch was completed is another point of contention among sources, but it is likely that 1878 was the completion year as the establishment of a post office at Malheur City in 1879 indicates that a stable year-round population was finally possible.

Although the town's population seems to have stabilized in the late 1870s, it had at least some notable activity prior to that. The sign at the Malheur City cemetery states that it was established in 1870. A newspaper article indicates that and Odd Fellows hall was completed in 1875. 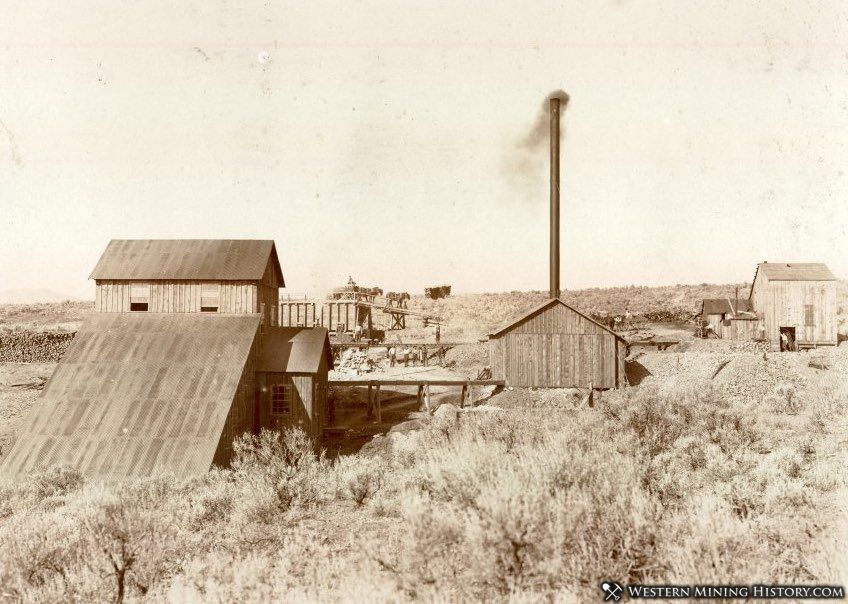 Red White and Blue Mine south of Malheur City

A 1915 newspaper article calls Malheur City a "former mining center" that now survives on farming, but also states that seasonal placer mining still occurs and that active mines are found within eight miles of the town.

Mining became a local industry again during the Depression years. The USGS states "From 1932 through 1942, the district produced 36 ounces of lode gold and 2,277 ounces of placer gold."

A brush fire burned the remaining buildings in 1957. Today the "Malheur City Convention Center", a modest building built to host an annual get together of area residents, is the only remaining structure.

The Eldorado ditch is said to be the largest ditch of its kind in the West. The ditch took over 10 years to build and at one point employed over 1,000 Chinese laborers. The following text is from a historical marker.

A remarkable construction enterprise of its time, the "Eldorado Ditch" carried water for placer mining from the Burnt River above Unity, over Eldorado Pass to Malheur City and the Willow Creek Drainage. Conceived and designed by William H. Packwood and constructed by Chinese labor, the ditch was started in 1863 and by May 1878 was carrying water more than 100 miles.

The main ditch was five feet wide at the bottom and seven feet wide at the top with a grade of 4.8 feet per mile. The ditch never recovered its $250,000 to $500,000 construction cost because of the decline of mining after the 1870’s.

The ditch was the source of considerable controversy between miners and ranchers. The concrete diversion facilities 10 miles to the east at Eldorado Pass were constructed in 1918 as a last attempt by Malheur County ranchers to use the water. This renewed longstanding conflicts with Baker County ranchers protesting the loss of water. After a lengthy court battle, the use of the water was divided between the two counties. This made further use of the ditch impractical and it was abandoned in 1925.