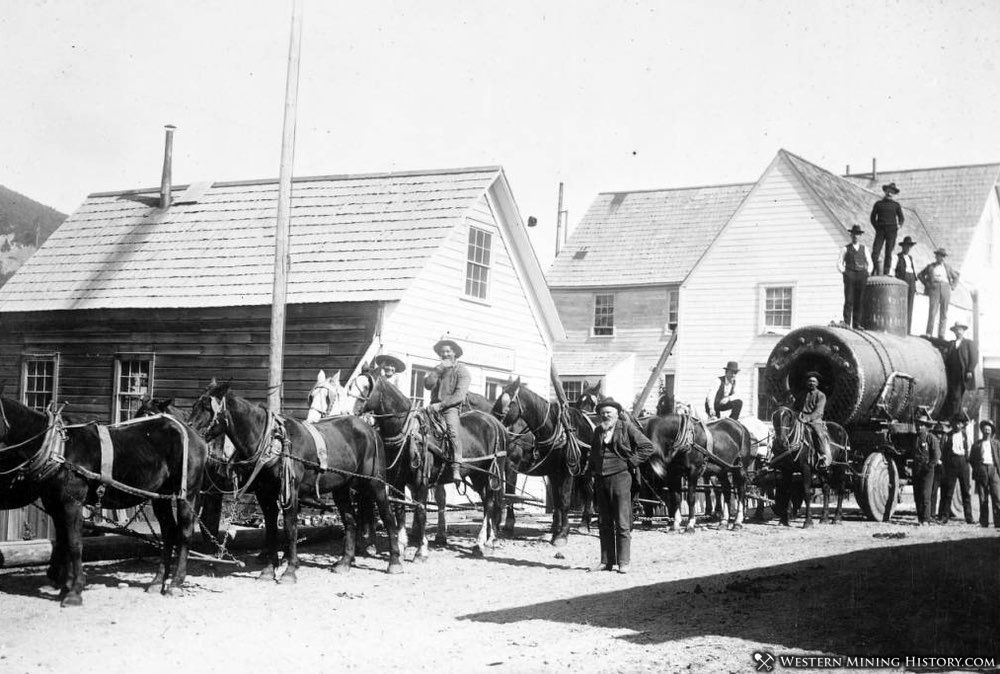 La Porte was settled under the name Rabbit Creek in 1850 after gold was discovered by Hamilton Ward and James Murry. The initial settlement remained small and likely seasonal until ditches were built to facilitate hydraulic mining by 1852. The first permanent structure in the camp, the Rabbit Creek Hotel, was built in 1852.

The town was renamed to La Porte in 1857, the year the post office opened. The post office would serve the community for 100 years, closing in 1957.

The La Porte District would be one of California's most important gold districts, with an estimated three million ounces of gold produced. The town of La Porte would grow to be an important mining community with thousands of residents. 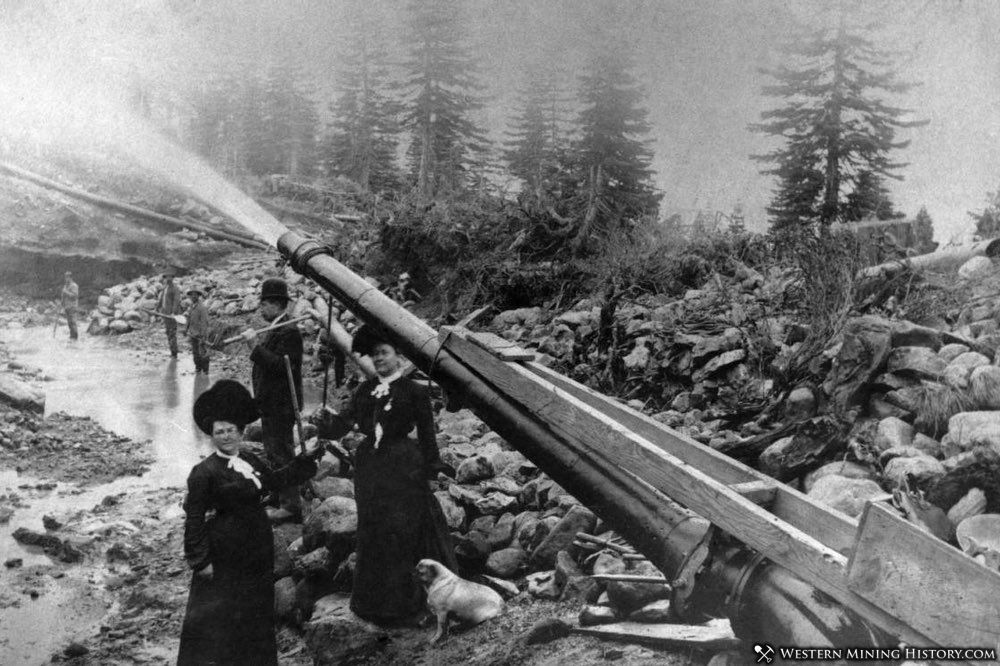 At its peak in the 1860s, La Porte had four large hotels, fifteen stores, two churches, fourteen saloons and five gambling-houses. The Chinese section of town had over 250 Chinese, a store, hospital, lodging houses and opium dens.

Related: the article Rich Gold Deposits of Plumas County has additional information on the early history of the town of La Porte and the surrounding mines.

Downhill skiing was a popular activity at La Porte as early as the 1860s and would be an activity enjoyed in the area for over 150 years.

A disastrous fire struck the town in 1868. Newspapers at the time reported on the fire with optimism that the town would be quickly rebuilt:

"The flourishing and important mining town of La Porte was destroyed by fire on the evening of the 10th instant, between eight and nine o'clock. The fire originated in the banking house of John Conly & Co., who were engaged in smelting gold bars."

"The following are the only buildings saved: Jacobs’ clothing store. Dr. Willard’s drugstore. Koppeli’s hardware house, Rosenberg’s clothing and Payne's boot and shoe store. This is but a small remnant of what La Forte was previous to the fire."

"Those that have sufficient mineral resources in their vicinity to warrant it, are rapidly rebuilt. That such will be the result with La Porte, there can scarcely be a doubt, for it has been said that La Porte stands on gold, and was built on a number of small white quartz gravel hills, all of which are pay dirt. The town was being encroached upon by the operations of the miners. The roar of the water in the hydraulic claims close by was constant."

La Porte declined as a mining center as the best placer ground ran out, and then again as new mining laws limited hydraulic mining in the 1880s. 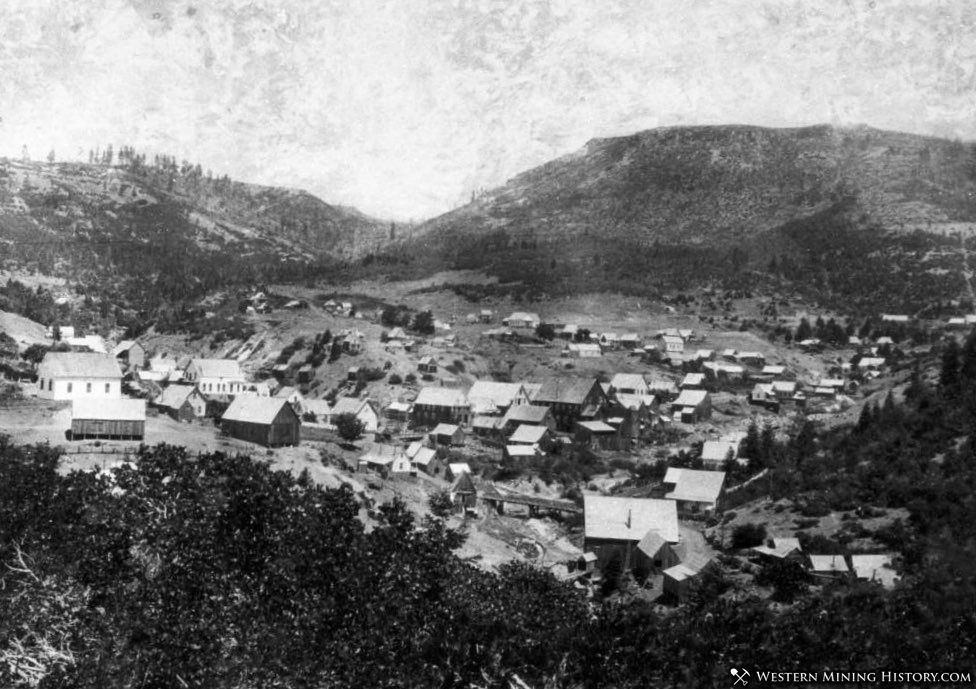 The La Porte district saw a resurgence of mining in the 1890s due to several factors. The rugged terrain and harsh winter weather of the district resulted in the area being less extensively mined than other California districts. As those districts ran out of gold, new attention was put on the potential of the Plumas County mines. Improved transporation routes and availability of new machinery and mining techniques also played a role.

Another fire in 1919 brought media attention to the town of La Porte:

"June 16, 1919 - Following the destructive fire at the old mining camp of La Porte, Plumas County, last Friday, reports have reached this city that as a result of the blaze the burned district may be sluiced for gold, as the buildings are either destroyed or gutted."

"Adjacent to the burned district are the old diggings of the richest part of the Sawpit-La Porte channel, out of which $16,000,000 was taken in the early days."

"The gravel was worked out right up to these famous landmarks and the gravel under them is virgin. The Sawpit-La Porte channel paid an average of $1,000 to the foot and at one time La Porte had a population of more than 20,000 and all the trimmings that went with those wild days."

"Now there is only one main street, with two short parallel streets, sparsely settled. There also is a Chinatown dating back into the 50s, which escaped the flames."

"Work on the Sawpit-La Porte diggings stopped years ago when the pay dirt of the ancient channel disappeared into the towering mountains. It has since been discovered that a lava flow from 300 to 500 feet deep buried the old channel, with the result that the hidden riches are being uncovered and the district is booming again." 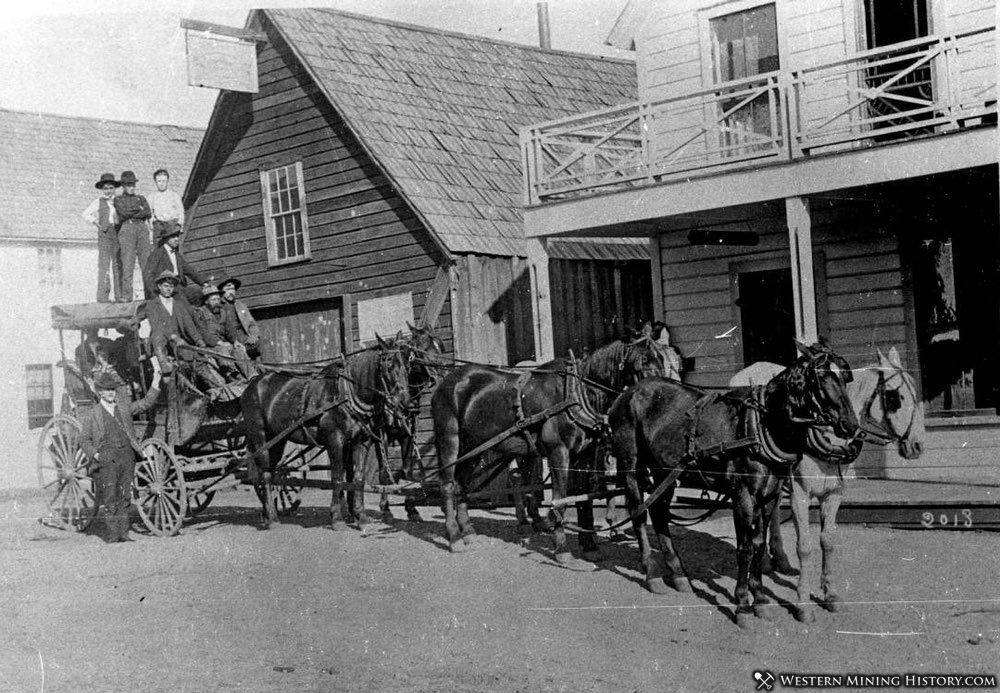 Modern La Porte is a small community popular with tourists. The Sierra Nevada Geotourism site gives the following description of the activities available at this historic gold camp:

"Today La Porte is a great weekend or vacation getaway community that features areas for hiking, fishing, nature walks and bicycling. A number of historic sites and cemeteries are located within walking distance of the Rabbit Creek Hotel Monument. The walking tour of Historic Rabbit Creek begins at the Union Hotel, proceeds to the Rabbit Creek Hotel and continues on past 12 other historic buildings and monuments. "

The Union Hotel at La Porte was originally built in 1855. The current structure was built in 1906 after the original hotel burned.