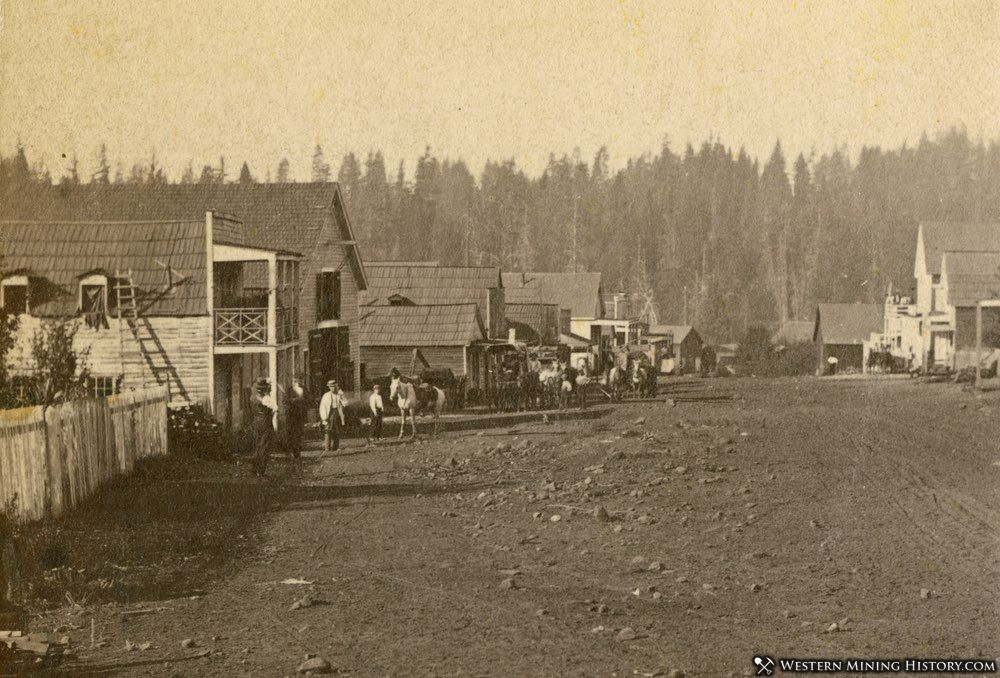 The ghost town of North Bloomfield is located with Malakoff Diggins State Park. The park website gives the following history of the town:

In 1851, three gold prospectors discovered a rich gravel deposit in a nearby stream. In need of supplies, one of the miners was sent to town with instructions not to divulge their location. After imbibing at a local saloon, he boasted of a great find and upon returning from Nevada City, was secretly followed by nearly 100 prospectors. Despite their efforts, they did not find their fortunes and left the area calling the creek a “Humbug.” A few miners stayed and called the new mining camp “Humbug City.”

Other miners came into the area in 1852 and 1853: This second wave of miners employed newly created hydraulic methods and found gold in sufficient quantities to justify settling and expanding the camp into a full-fledged townsite.

By 1855, Humbug City resembled a small town with its first hotel, the Hotel de France. With over 400 residents, the town became known as North Bloomfield, California in 1857 when the post office was established. Humbug was a name given to “played-out” creeks and mining claims everywhere during the gold rush. The name was so common during this period that the post office required that the name be changed!

In 1856 North Bloomfield, formerly Humbug, also became the center of the 80 square mile township which included the nearby mining towns of Relief Hill, Lake City, Derbec, and North Columbia. By 1860, A.L. Smith was operating a daily pony express, and the U.S. census showed 784 inhabitants of North Bloomfield.

By the early 1860’s the top placer gold was “played out” and gold discoveries in Canada and Nevada created a mass exodus of miners, leaving North Bloomfield and surrounding towns nearly depopulated. A drought during the mid-1860’s caused further declines. Enterprising businessmen from urban centers saw an opportunity to purchase and consolidate mining claims, leading to the eventual creation of large companies such as the North Bloomfield Gravel Mining Company. 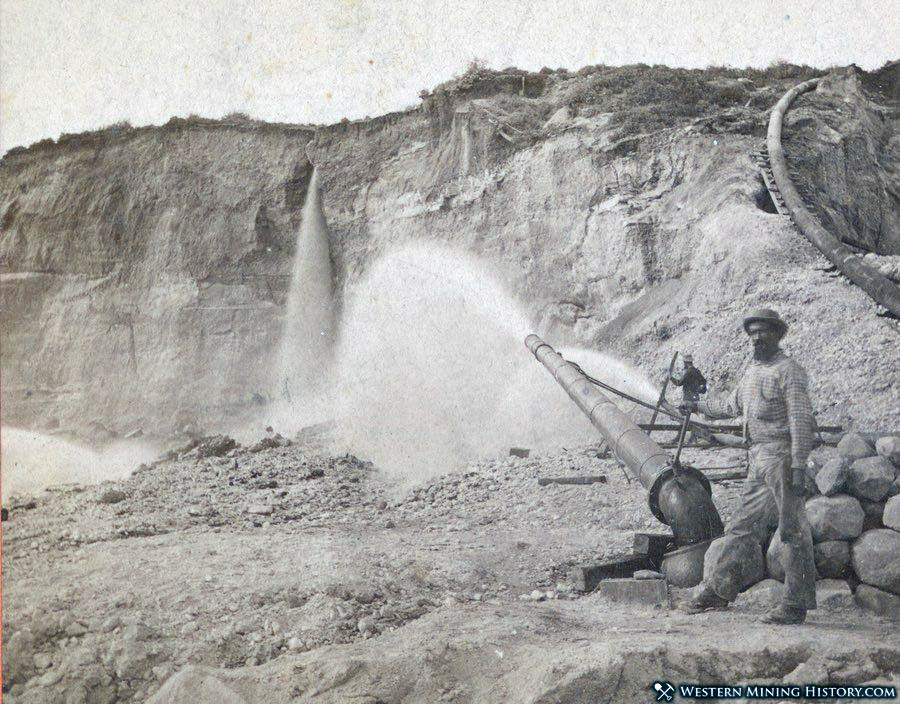 North Bloomfield experienced its heyday from the late 1860’s to 1884, with nearly 1,500 inhabitants and more than 200 buildings serving as a supply base for the township. These buildings included 5 hotels, 8 saloons, 2 livery stables, 2 dry goods stores, 2 breweries, 3 boot makers, 3 fraternal organizations, a school, a barbershop, a drug store, a butcher, a baker, a dairy, and 2 churches.

In 1884, the Sawyer Decision was handed down to curtail the wanton disposal of hydraulic mining debris into waterways. Hydraulic mining continued for many years but at only a fraction of the scale. Companies had invested millions of dollars into the hydraulic gold mining effort in California. These companies slowly folded and the miners and their families moved away to seek work elsewhere. North Bloomfield and the many towns born of hydraulic gold mining in the California gold fields slowly died.

Original historic buildings now line North Bloomfield Road. Town tours are given daily into these buildings during the summer months and on weekends during the winter. You’ll hear stories of the people who lived here during the 1800’s and how they operated the mining equipment as well as the mining corporation that brought down the mountain to obtain the loose placer gold held hostage in the ancient gravel beds running throughout the area. Old hydraulic monitors (water cannons) and other mining equipment can be seen as you walk the streets.

Residents still occupy a few of the historic homes. Please respect their privacy.