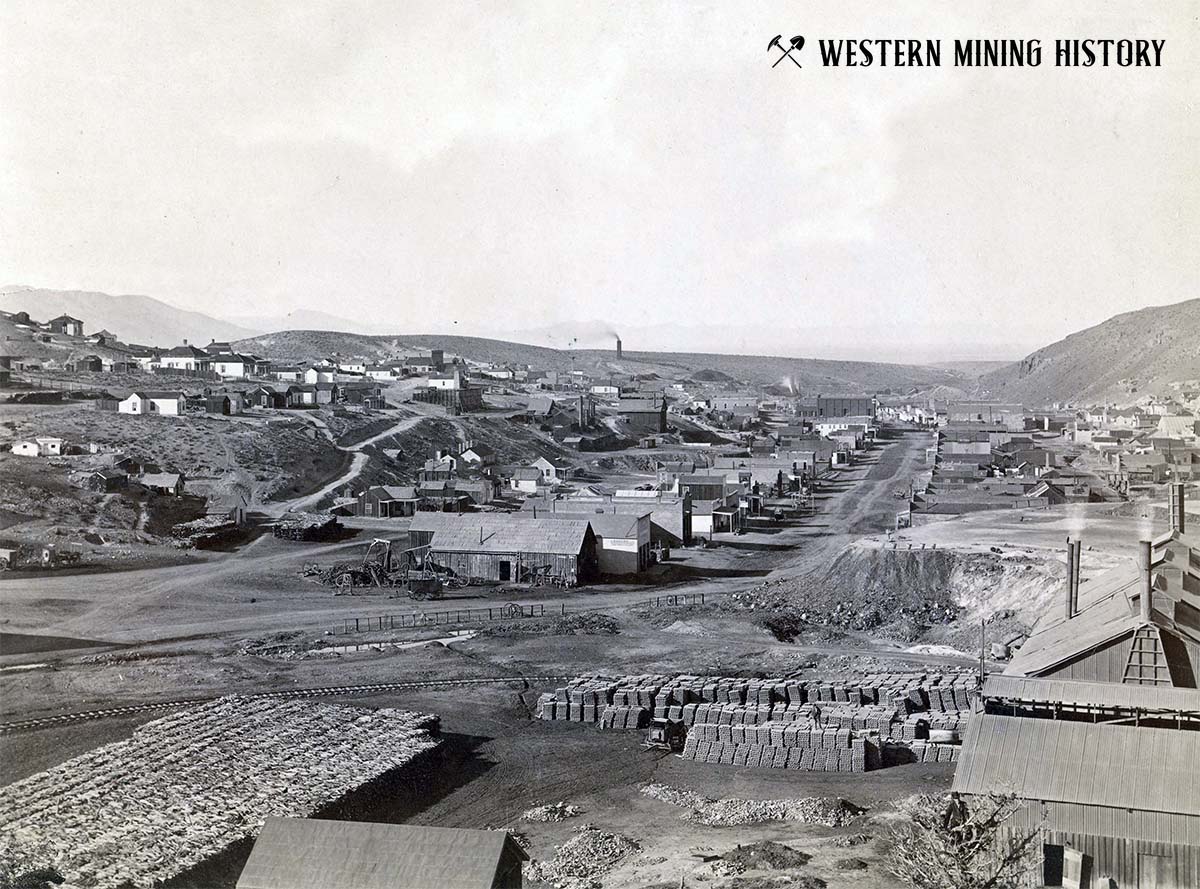 Eureka, Nevada was the nation's first important silver-lead district, and was Nevada's second richest mineral producer during the 1800s.

Although silver was discovered at Eureka in 1864, the city didn't grow much at first due the the difficulty of extracting the silver from the complex lead ores.

In 1869, the first of many smelters was built in Eureka to treat the complex local ores. The arrival of smelters made large scale mining a reality and Eureka began to grow with its mining industry. 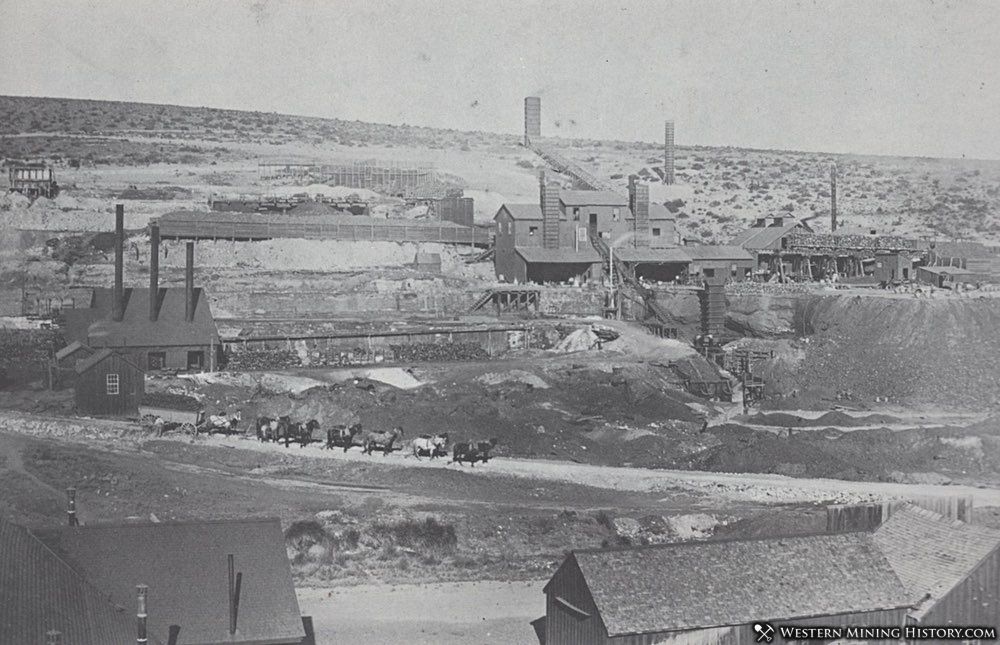 The riches coming out of the Eureka mines made the city a hub for mining districts throughout central Nevada including Austin, Pioche, Belmont, and Hamilton. Starting in 1870 an important stage route was established between Eureka and Palisade on the recently completed Transcontinental Railroad.

In 1875 the Eureka & Palisade railroad was completed, and Eureka's position as shipping center for central Nevada mining districts was secured.

Mining peaked in 1878 with over $5 million produced. Over 9,000 people lived in and around Eureka during this time, supporting over 100 saloons, dozens of gambling halls, theaters, multiple newspapers, hotels, restaurants, an opera house, and five fire companies.

Eureka, sometimes called the "Pittsburgh of the West", was the West's largest and most important smelting center. Sixteen smelters operated just outside town, treating ore from over 50 active mines. 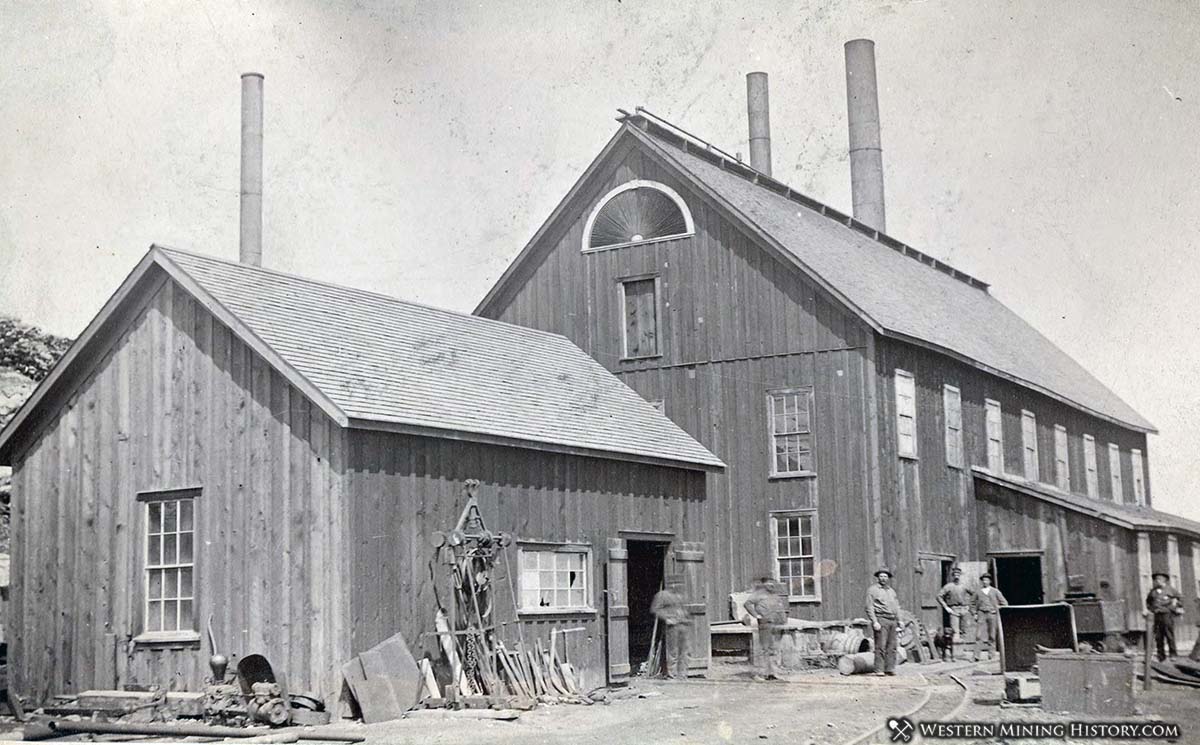 Eureka's smelters used an enormous amount of charcoal. During the 1870s hundreds of Italian immigrants settled in and around the city and worked as charcoal burners, cutting and burning wood at low oxygen to produce charcoal.

Around 5,000 acres of forest were cut each year for charcoal production, and by 1878 most trees within a fifty-mile radius were gone. This caused the price of charcoal to steadily rise, but the smelter owners, merchants, and teamsters that delivered and consumed the charcoal conspired to keep the price down, effectively straddling the Italian charcoal burners with the additional costs. 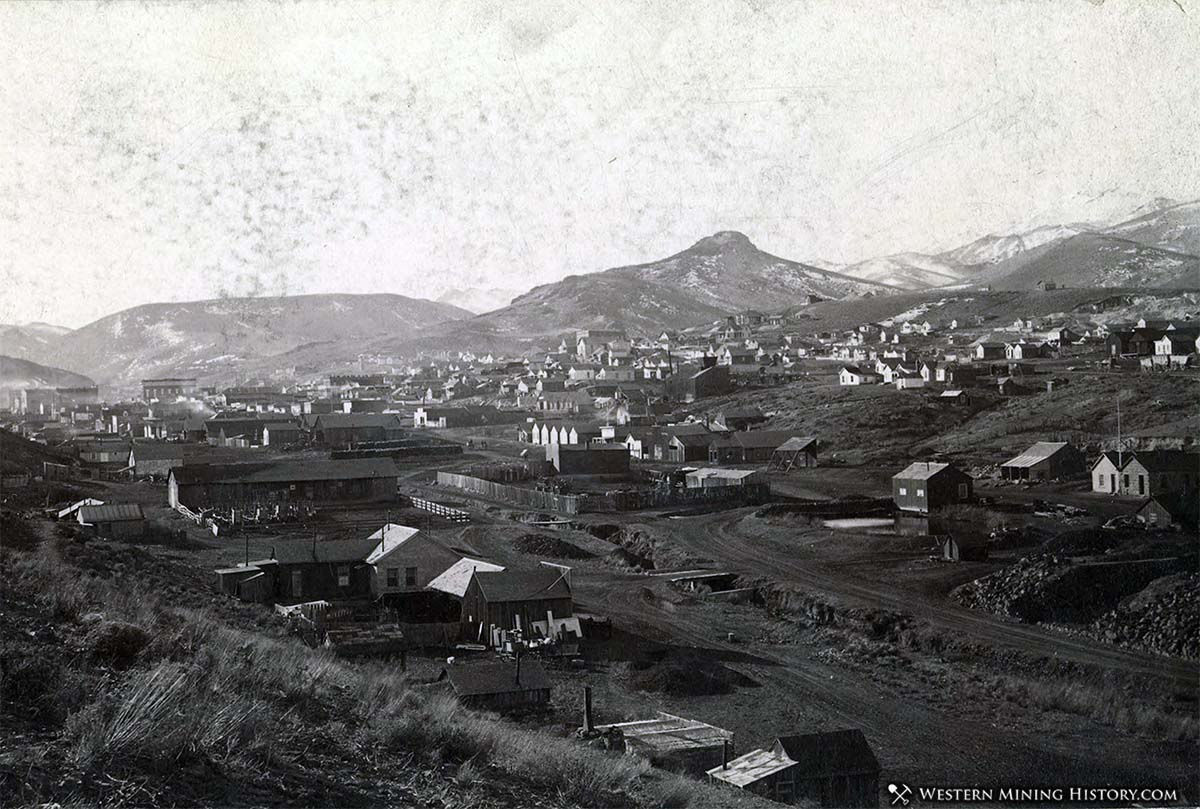 During the summer of 1879, around 500 mostly Italian immigrants formed the Charcoal Burners' Protective Association in an effort to maintain a fair price for charcoal. The Protective Association members were aggressive in their actions, striking and working to prevent the delivery of the charcoal that was critical to both the operation of the local smelters, but also to Eureka's general prosperity. 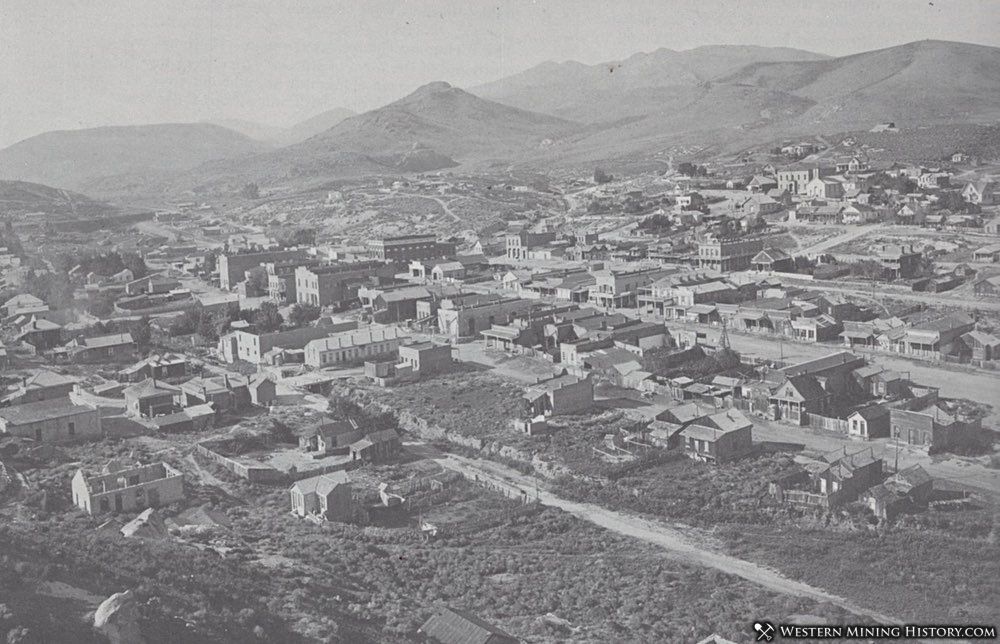 The Eureka County sheriff sent out posses on numerous occasions in an effort to arrest the agitators, but the association controlled much of the area outside of Eureka and local law enforcement was unable to resolve the situation. Finally in August the state militia was engaged to assist the sheriff in ending the strike. 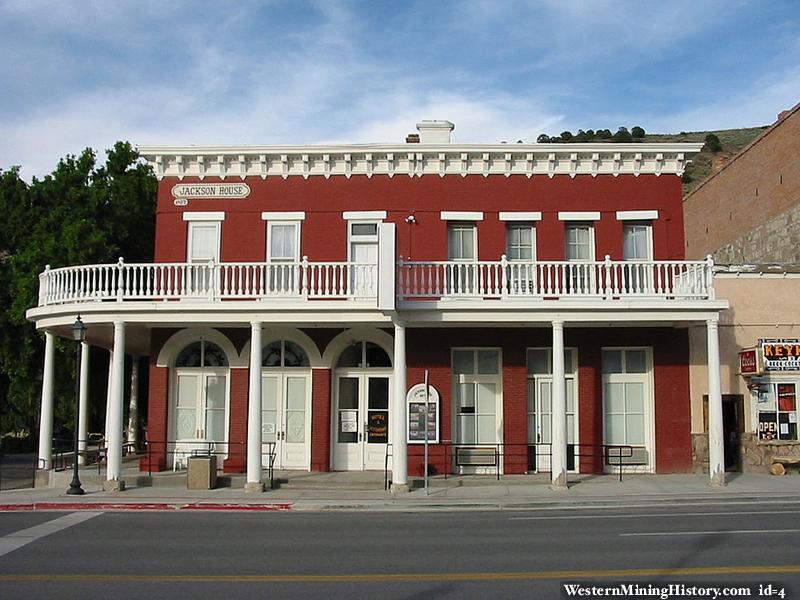 The situation climaxed on August 18, 1879 when deputies and state militia confronted a large group of burners south of Eureka at Fish Creek. Violence erupted and five Italians were killed.

Ultimately it was changing economics that quelled the uprising. Late in 1879 the mining industry experienced a slump and demand for charcoal was reduced. With prices falling, the burners had to give up their demands for better prices. 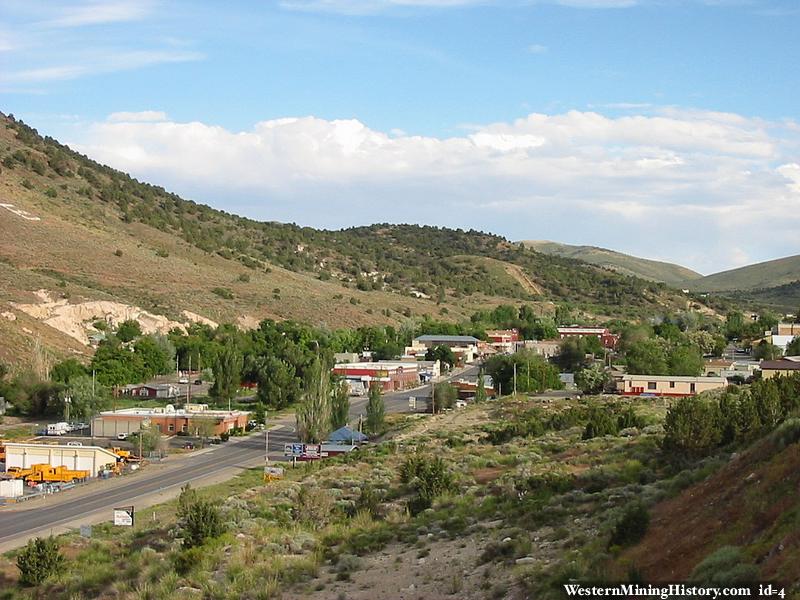 Despite occasional slumps, the mines of Eureka continued to produce millions in ore each year. However, with the initial boom and excitement over, Eureka settled into the role of established mining center and the population went down to around 6,000 by 1880. 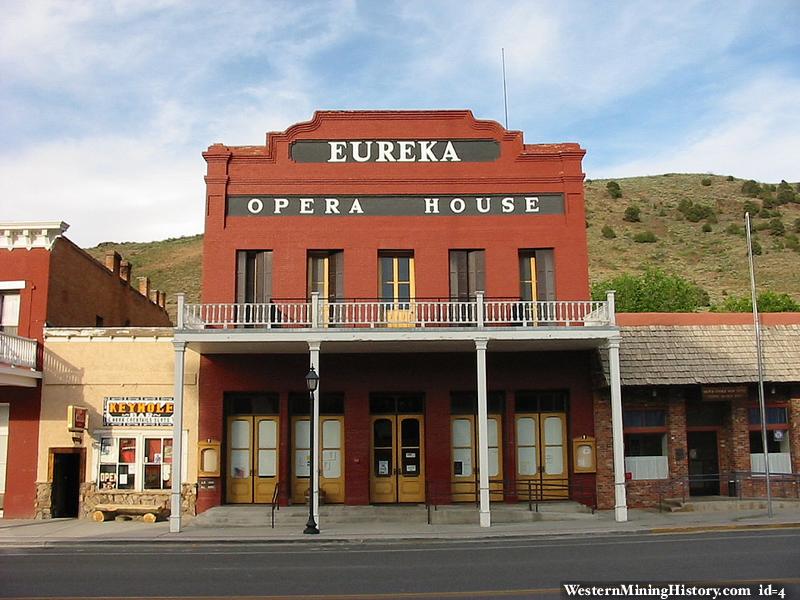 Water in the mines became a problem in 1881, requiring expensive pumping that drove production costs up. The ore was still rich however, and the Eureka mining economy soldiered on until 1885 when the bonanza ore bodies were finally exhausted. Leasers now took over many of the mines, and Eureka's boom years were winding down. In 1890 the district's largest smelters closed.

Eureka experienced various periods of revival after 1900, but never achieved anything like the boom years of 1875-1885. The last year of noteworthy production was 1940. 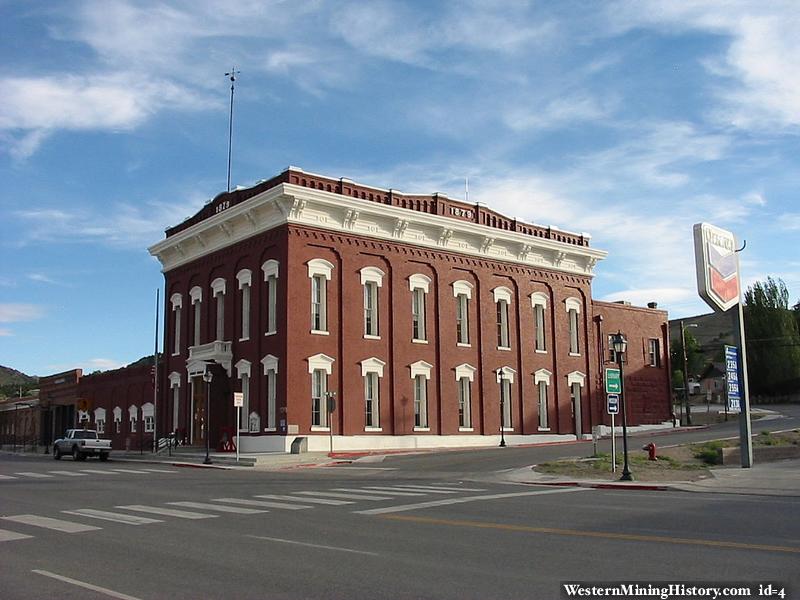 Eureka reamins an active town and is still the Eureka County seat of government. The town has many historic buildings from the late 1800's, including the impressive county courthouse built in 1879. Despite being one of the most remote towns in America, Eureka is an excellent destination for anyone interested in Nevada's mining history.