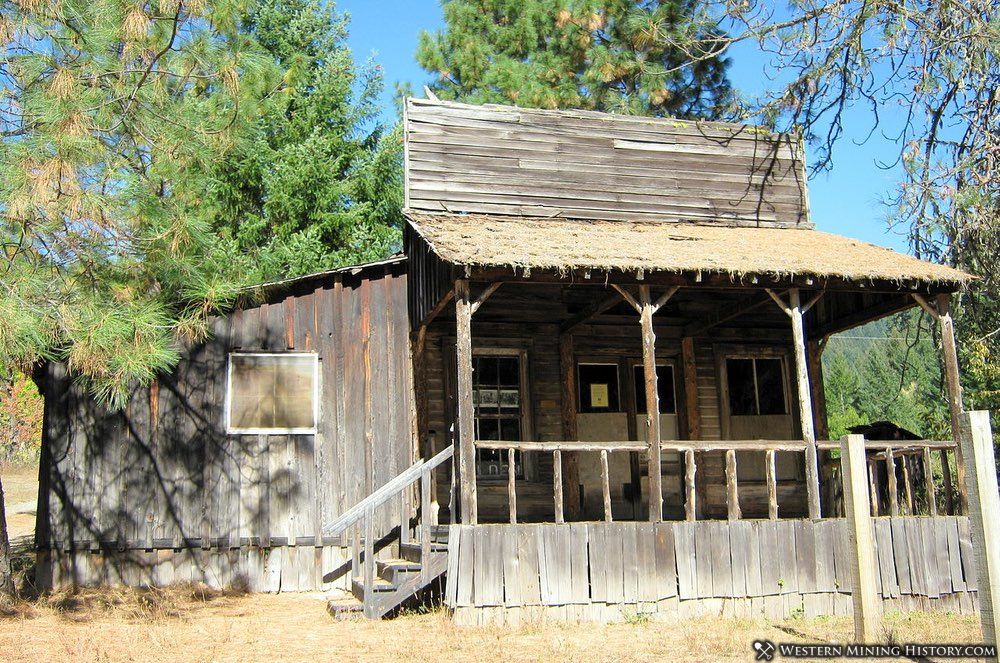 Established in 1890, this mining town was unique in western annals in that it had two churches and no saloons. The miners went to placer on Grave Creek for "refreshments".

Rev, William Ruble, leader of a group commonly known as "Campbellites" built the church in 1852. He was ordained and the church simultaneously dedicated by county judge Stephen Jewell. Shortly afterward it became the Free Methodist Church. Another group led by Rev. Mark Davis used the schoolhouse for their services. Both ministers worked local mining claims.

Placer activity on Coyote Creek began in the 1850's. Abandoning these claims during the Idaho gold rush of 1860, the men returned to find them being worked by about 500 Chinese for ten cents per day plus rice. The Chinese contractor yielded possession.

The Josephine County school superintendent, Lincoln Savage, traveled by train from Grants Pass to Wolf Creek, rode his bicycle to Golden, and continued to the Greenback mine by tramway to visit the schools.

Wilma Gilkey and Edith Allen were among the early teachers. As late as 1906, there were still 36 children at this school.