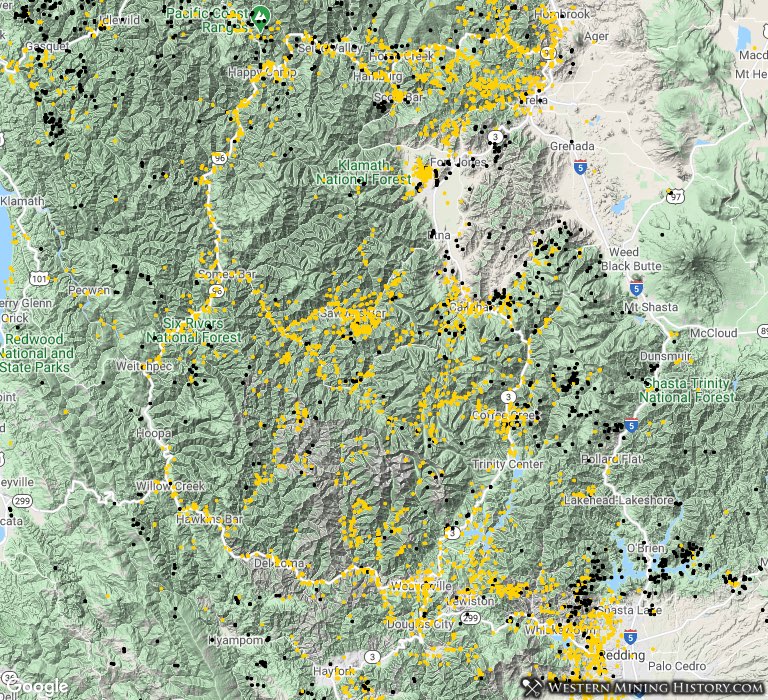 indicates that WMH Mine Discovery Tools are available for the county

Trinity River Gravels of California (1911 Engineering and Mining Journal)
The Trinity River region in northwestern California has long been worthily noted for its placer mines, the working of which opened with a rush in the early ’50’s and has continued with more or less regularity ever since.

Dredging for Gold in California (1911 Engineering and Mining Journal)
Article details the gold dredging industry in California as of 1911. Many interesting details are recorded, including that California had at least 61 active gold dredges during that year.