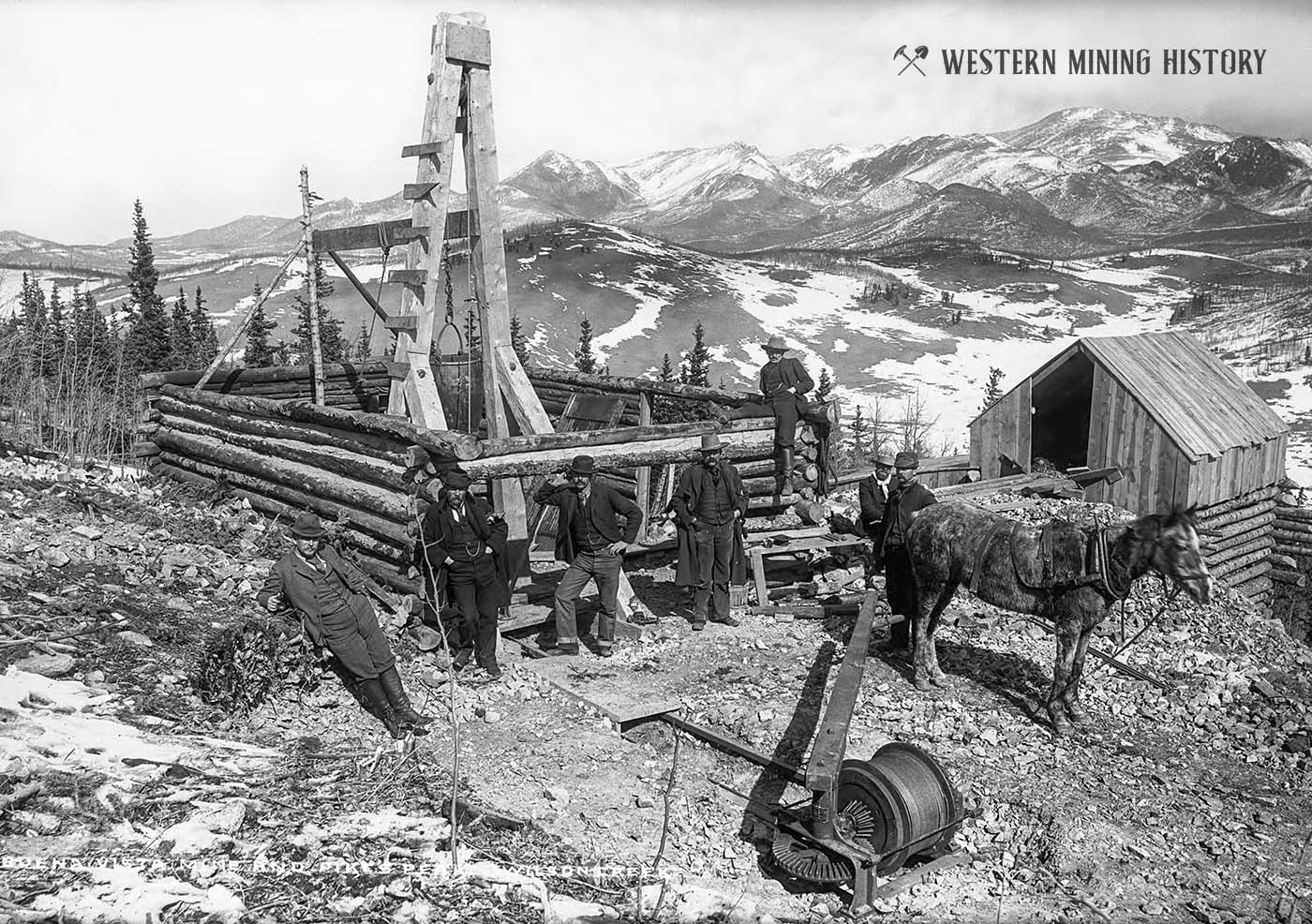 Depicted in this photo are men, likely the mine owners, at the Buena Vista mine at Altman, Colorado circa 1893. Altman was one of the many towns founded in the early 1890s after rich gold discoveries in the Cripple Creek district.

This photo has appeared in the following article: