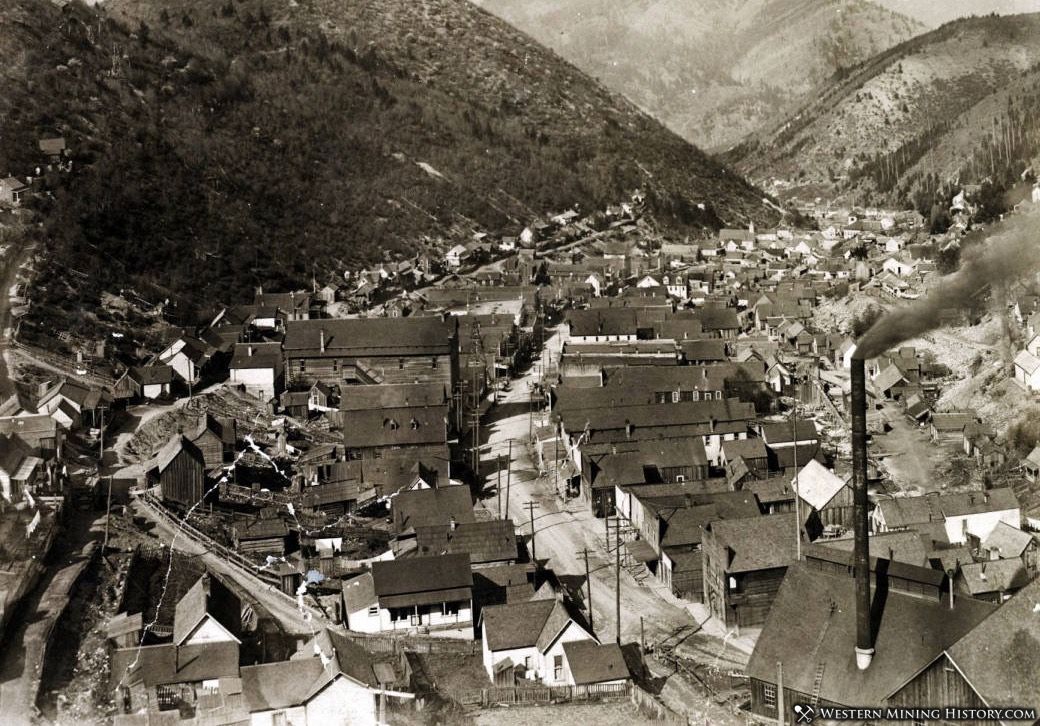 The town of Wardner was founded in 1885 at the site of the Bunker Hill mine, the Coeur d’ Alene Mining District's largest producer.

The town's namesake was Jim Wardner, an early promoter of the Bunker Hill mine and the Wardner townsite. 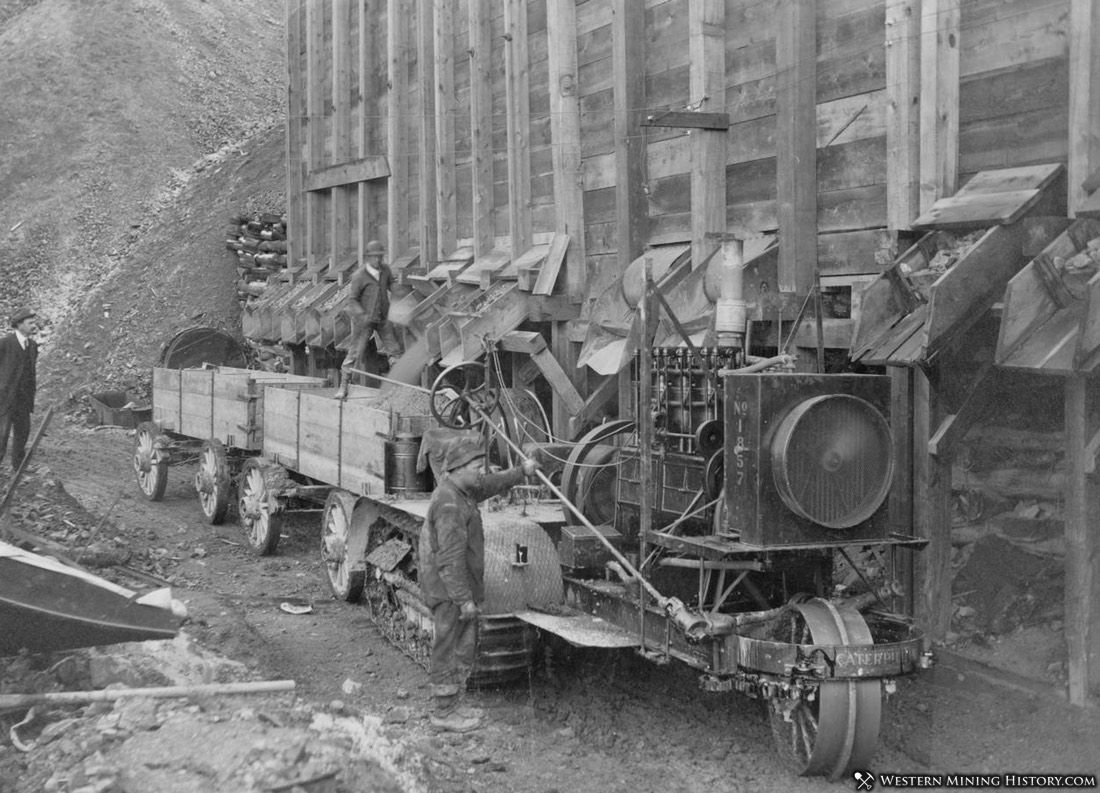 Wardner, situated at the district's largest mine, was where many of the events related to the Silver Valley's numerous labor conflicts unfolded. The most infamous episode occurred in April of 1899 when union miners from other parts of the district essentially invaded the non-union Bunker Hill mine.

Around 800 union miners at Burke commandeered a Northern Pacific train and ordered the engineer to head to Wardner Junction. The hijacked train stopped in Wallace and picked up more miners that had come from the town of Mullan. Arriving at Wardner Junction, the miners, many of them armed, headed to the Bunker Hill mill. The non-union employees had fled the mill, and the unions proceeded to destroy the mill and office building with dynamite. 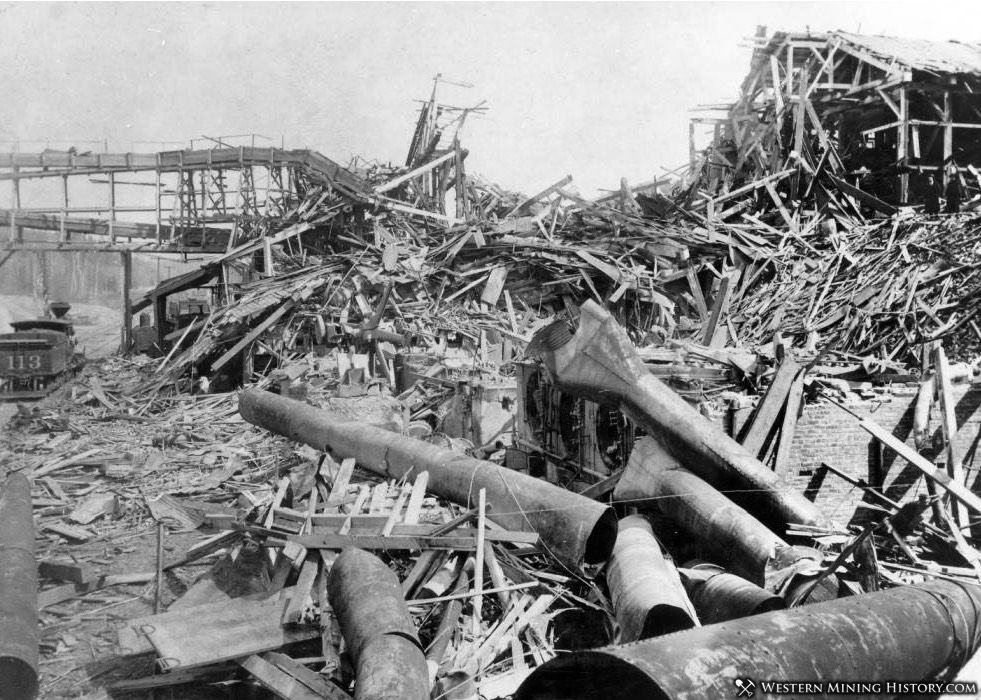 Ruins of the Bunker Hill Mill after dynamite attack 1899

Martial law was decreed and federal troops moved into the district and rounded up all men from the union towns of Gem, Burke, and Mullan, keeping them in a bull pen. The government then setup a work permit system that effectively killed the unions in the Coeur d’ Alene District until World War I. The Bunker Hill mill was rebuilt, and continued to operate with non-unionized labor.

In 1902, after five years of work, the Kellogg Tunnel was completed which provided a new entrance to the Bunker Hill mine near the town of Kellogg. The new entrance opened up a large new ore body, and eliminated the need to transport the ore to mills in Kellogg by aerial tram.

With the main mine entrance now in the town of Kellogg, many miners and their families moved to Kellogg and Wardner began to decline. 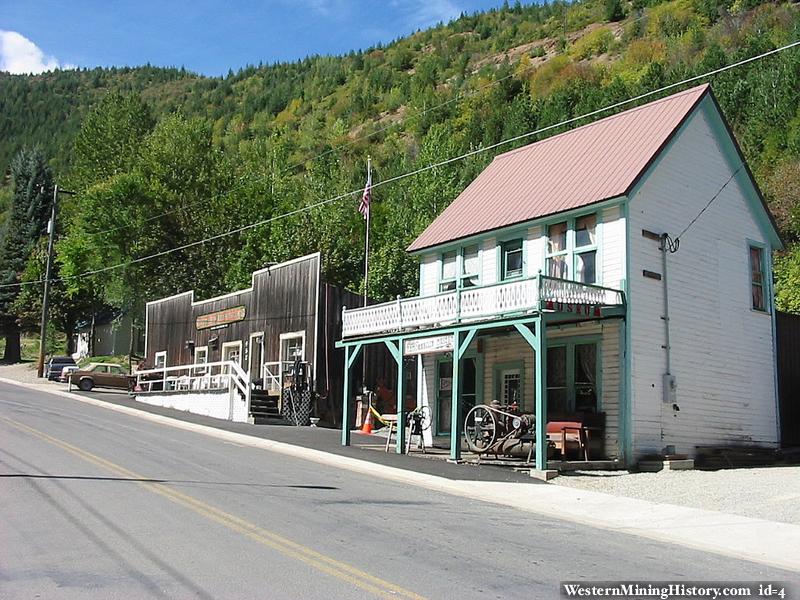 The Bunker Hill mine closed in the early 1990's. Today Wardner is a sleepy community with a couple hundred residents. The nearby Silver Mountain ski and recreation area has helped the community transition to a tourist economy.