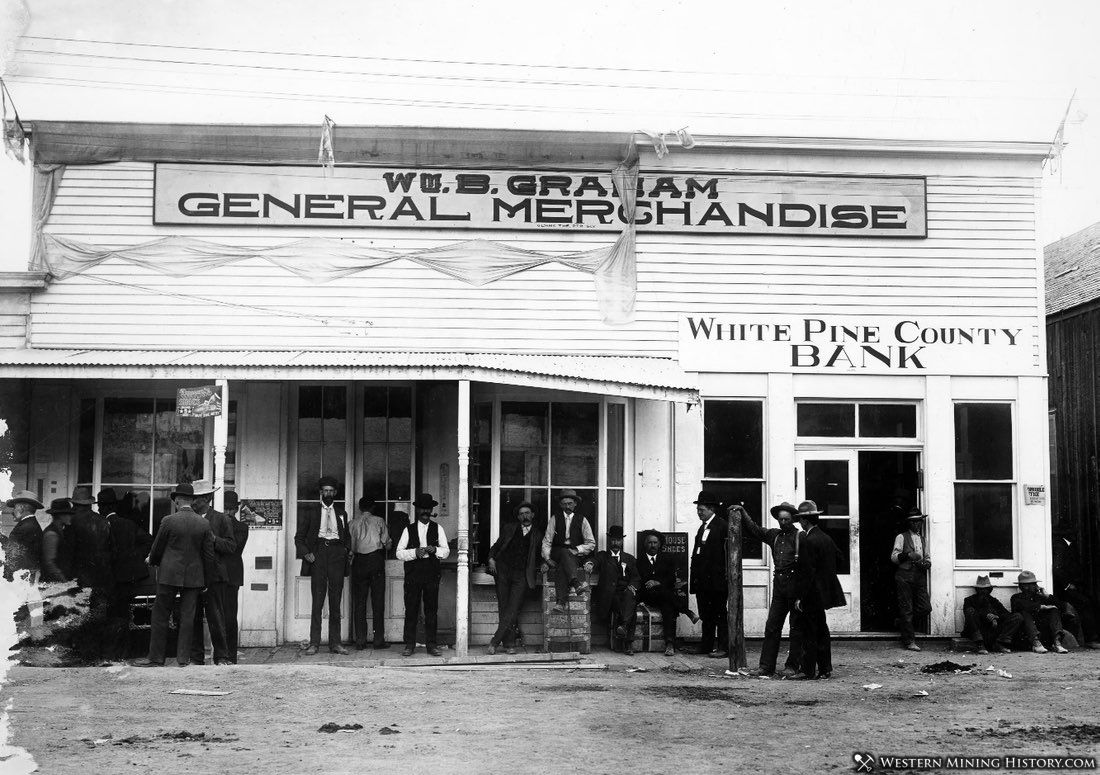 Ely was settled in the fall of 1878 when the Selby Copper Mining & Smelting Company established a small smelter at the site. A post office was established in November of that year.

At the time there wasn't much interest in copper mining, and Ely remained a camp of little significance well into the 1880s. The settlement was little more than a stage station and post office - no business district had developed.

Ely finally got the boost it needed in 1887, when the state legislature designated Ely as White Pine County's seat of government. The seat was moved from Hamilton, White Pine County's earliest boom town, which was the seat of government since 1869. It is interesting to note that Ely was selected as the new seat when it was little more than a "jerkwater stage station" with few residents. 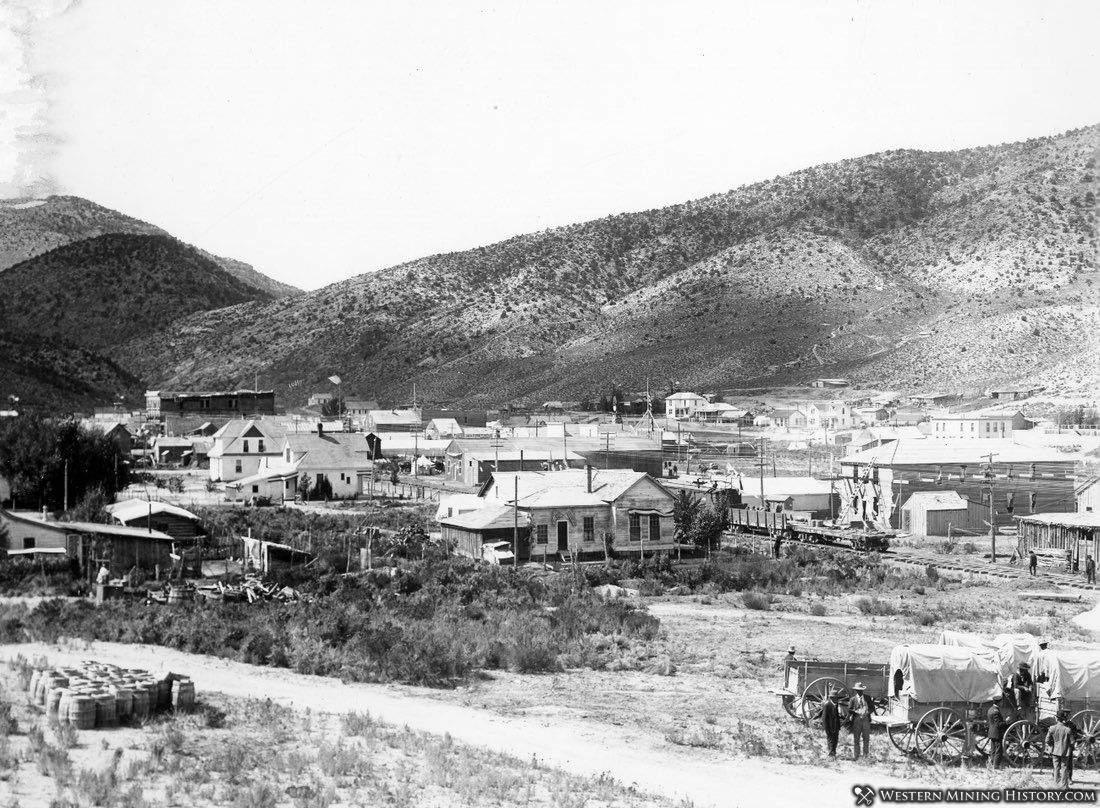 Usually towns would compete to become the seat of government, hoping to benefit from the economic advantages that come with the title. In 1885 Hamilton was nearly abandoned and a fire destroyed much of what was left of the town, including the courthouse. Other prominent mining towns in the county like Cherry Creek and Ward were in hard times.

It seems that no town in the entire county was prosperous enough at the time to become the new center of government, so a new one was simply chosen by the legislature - an unusual situation in the West during this period.

With Ely suddenly the center of government, businesses in failing towns throughout the county started relocating there. By the end of 1888 the town had a population of around 200. Ely remained a small and remote seat of government, and a minor mining center serving the local gold mines, through the end of the century. 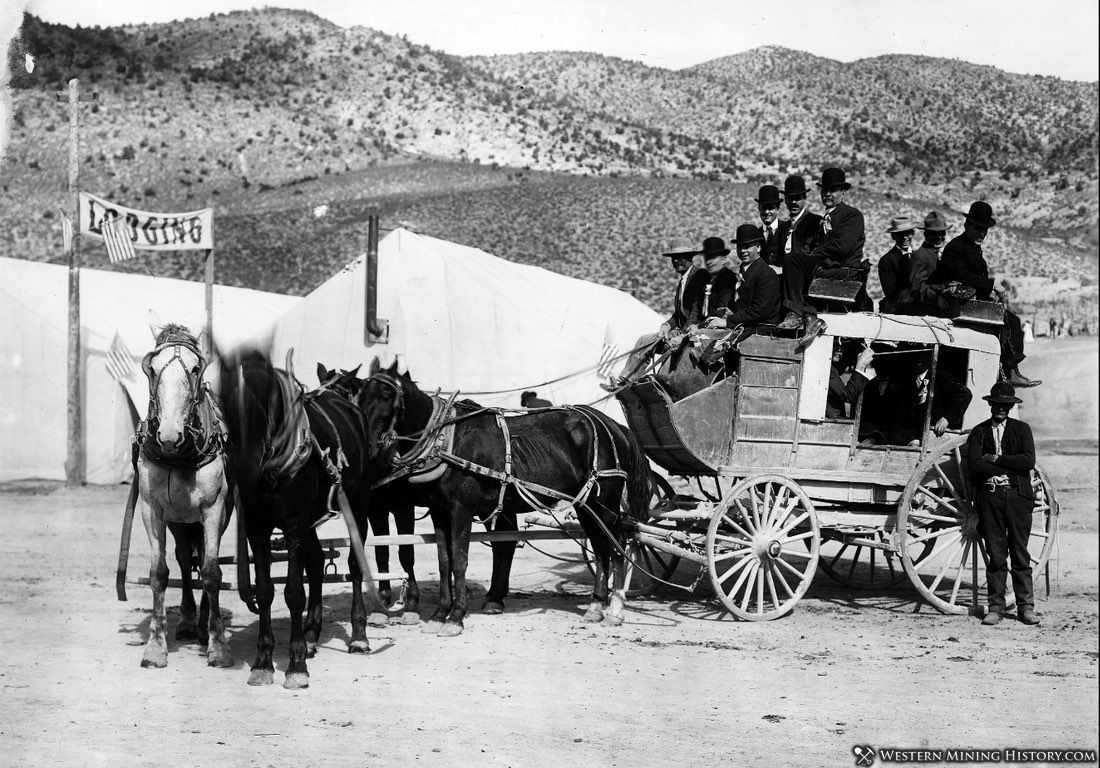 The Copper Boom at Ely

By 1900 the copper deposits near Ely were attracting new attention. In 1902 approximately $500,000 in copper was produced in the district. In 1903 many of the claims were consolidated under the ownership of the White Pine Copper Company. A second company, The Giroux Consolidated Mining Company, made promising copper ore discoveries in one its shafts.

The Nevada Consolidated Copper Company further consolidated the Ely copper claims, buying out the White Pine company and others. With 26 million tons of ore in reserve, major investments were made to open the district to large-scale copper mining. In late 1905 construction started on the 140-mile Nevada Northern Railway, linking Ely to Cobre on the Southern Pacific main line. 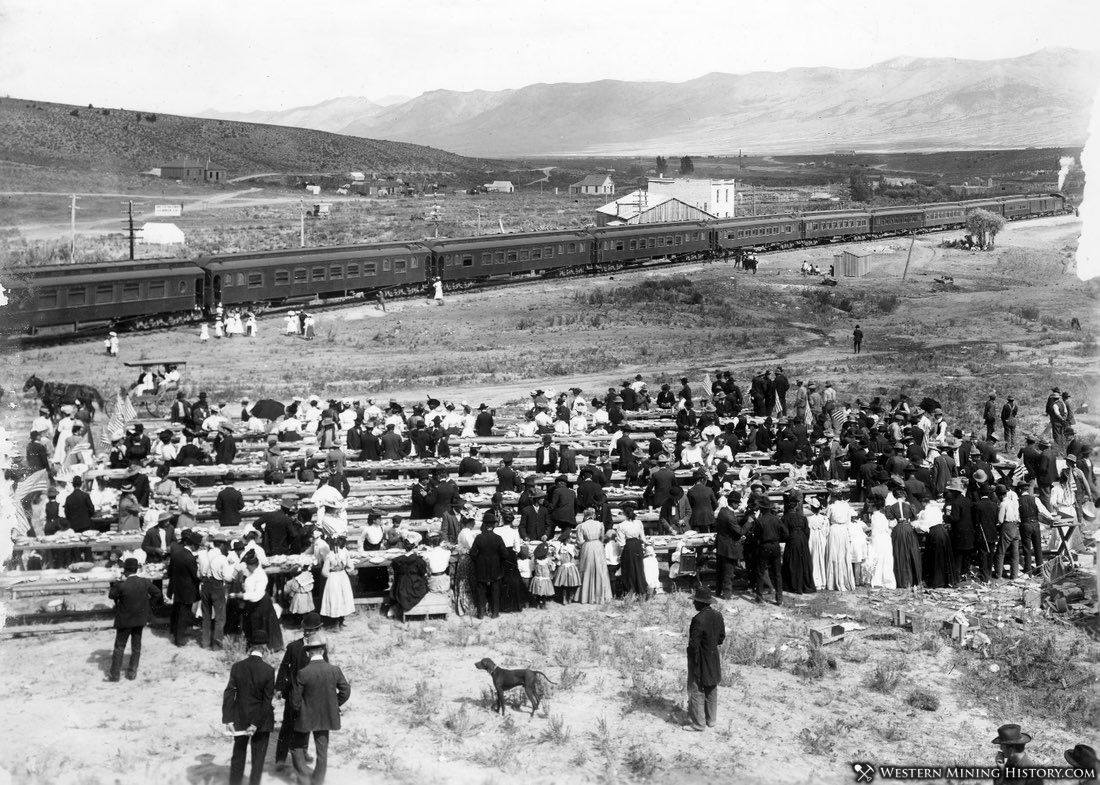 With the railroad on the way, smelters being constructed, and millions of tons of ore in reserve, Ely became a boom town in 1906. September 26 was the date that the final spike was driven in the new rail line. A celebration was held, "Railroad Day", and thousands of new Ely residents packed the streets and stands to witness the first train roll into town. Many of the photos on this page were taken during Railroad Day.

A December 3, 1906 edition of The Mining Investor describes the excitement about the Ely mines: "Ely, Nevada, copper camp is astonishing the copper miners of America, and since the rich strikes in the Taylor shaft, it is almost impossible to secure ground within the proven zone, except at fabulous figures. It is currently reported that the Pittsburg Ely Copper company paid a sum of six figures for this ground and a fraction of eighty acres lying to the south of the Ely Amalgamated Copper company’s property." 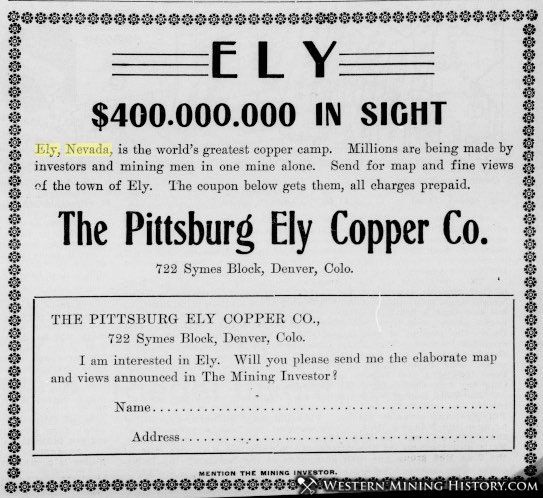 A national financial panic in late 1907 cut the Ely boom short and many of the small mining companies failed. However, completion of a massive smelter at nearby McGill in May 1908 dramatically increased the district's copper production and the good times returned. Production in 1908 was $2 million, steadily increasing year over year until 1917 when over $26 million was produced.

Low copper prices following World War I resulted in a slump in the US copper industry. The larger companies closed in the early 1920s, however within a couple years they were open again and during the period from 1924-1930 over $100 million was produced. 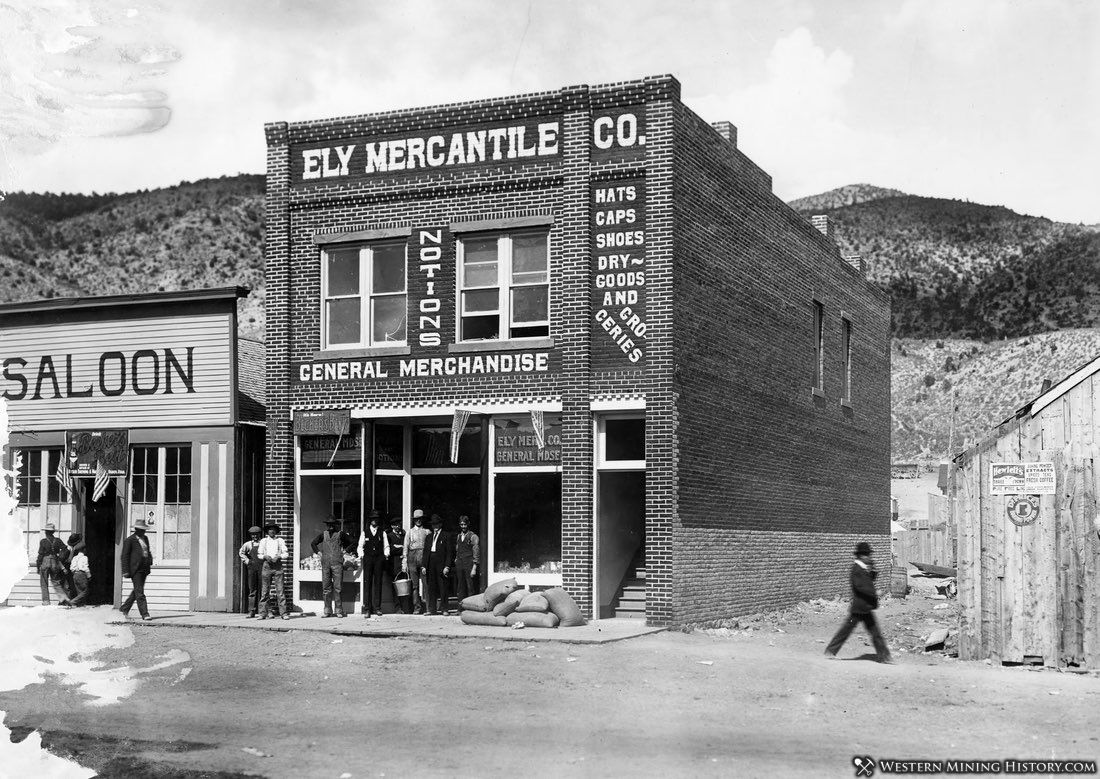 By the 1950s the Kennecott Copper Corporation had taken control of all the copper mines around Ely. Copper is still mined here, and the district is credited with well over $1 billion dollars in copper production.

In addition to the towns long-lasting copper mining industry, its status as the county seat, ranching, and tourism have made Ely one of Nevada's most stable mining towns. Today over 4,000 people still call Ely home.