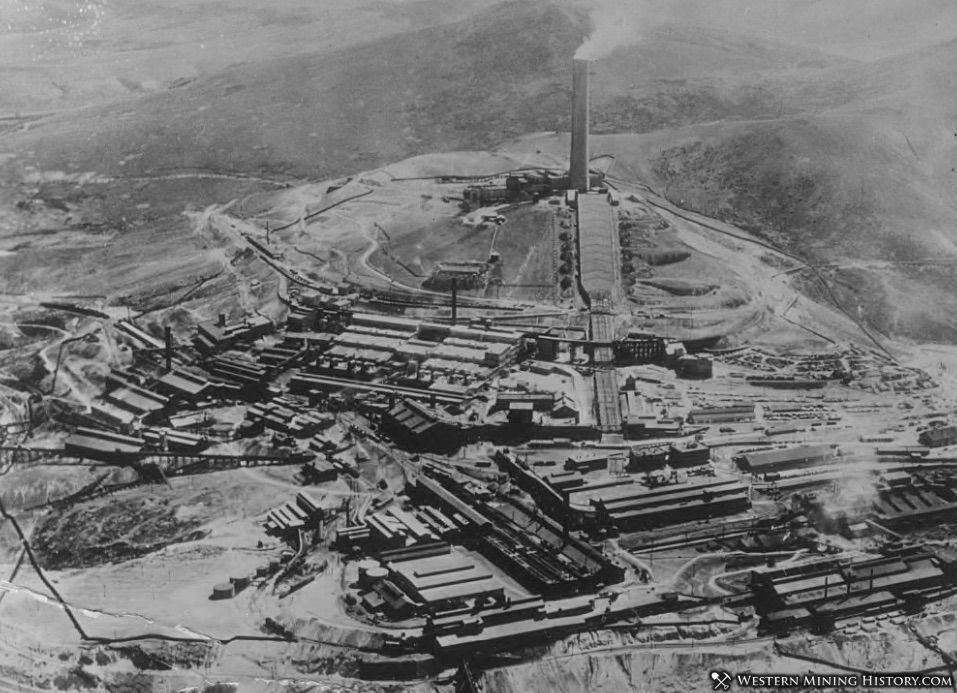 Anaconda was established in 1883 by Marcus Daly, one of the three "Copper Kings" of Butte, Montana, as a site for a new smelter to treat ores from his Anaconda mine. The town was originally to be called Copperopolis but that name was already in use by another Montana town so the name Anaconda was settled on.

In 1891, Anaconda lost a political bid to Helena to become the new capitol of Montana. Helena's bid for capitol was supported by another of Butte's Copper Kings, William Andrews Clark, and the competition between the men was fierce both in business and in politics. Ultimately Clark would be victorious but Anaconda would nonetheless grow to be one of Montana's most important cities. 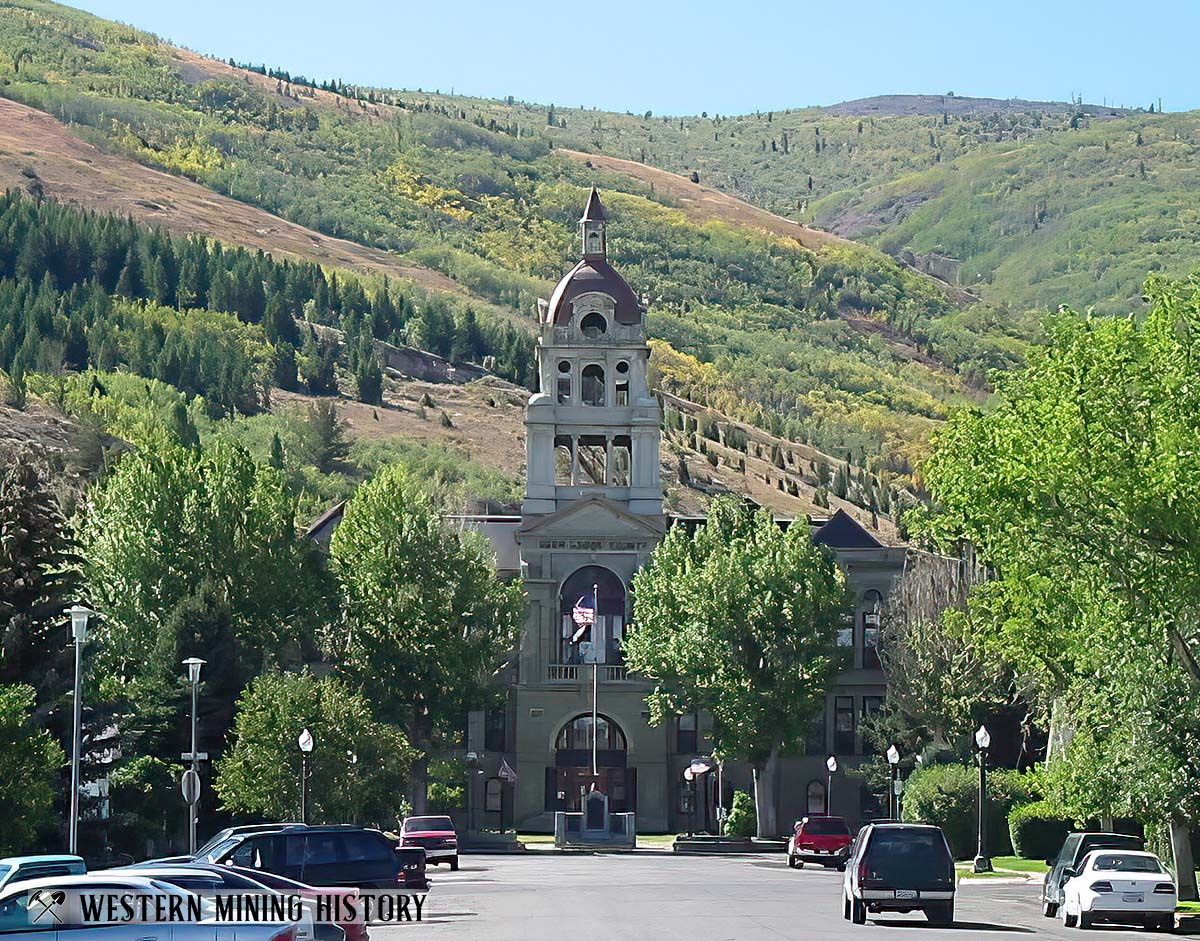 The Washoe Smelter at Anaconda continued to expand capacity over the years. In 1919 a new 585-foot tall smokestack was added that today is recognized as the tallest surviving free-standing masonry structure in the world. A 1922 newspaper article describes the construction of the smokestack:

There are some smokestacks that are unbelievably big—too big to be true —but the one recently completed for the reduction works of the Anaconda Copper Mining company, at Anaconda, Montana, sets up a new world record.

The concrete base on which this gigantic structure stands required 118 cars of crushed rock, 50 cars of sand and 20,800 sacks of cement to complete and weighs approximately 9,250 tons. The stack proper Is constructed of specially shaped blocks or bricks about two and one-half times the size of the ordinary brick and it took 2,404,072 of these larger units to complete the job.

To make the mortar necessary to lay these brick required 77 cars of sand, 37 cars of fire clay and 41,350 sacks of cement. The estimated weight of the brick work is 23,810 tons. The exterior diameter of this smoke-and-gas elevator is 80 feet at the base, while the interior diameter at the top tapers down to 60 feet. The wall is 22 inches thick at the top.

The maximum height of the stack and Its base is 585 feet 1.5 Inches. Smokestacks of extreme size are desirable and in fact necessary, In connection with certain classes of mining operations, to prevent the destruction of vegetation by the extensive quantities of strong and poisonous fumes and gases which result from the reducing operations. 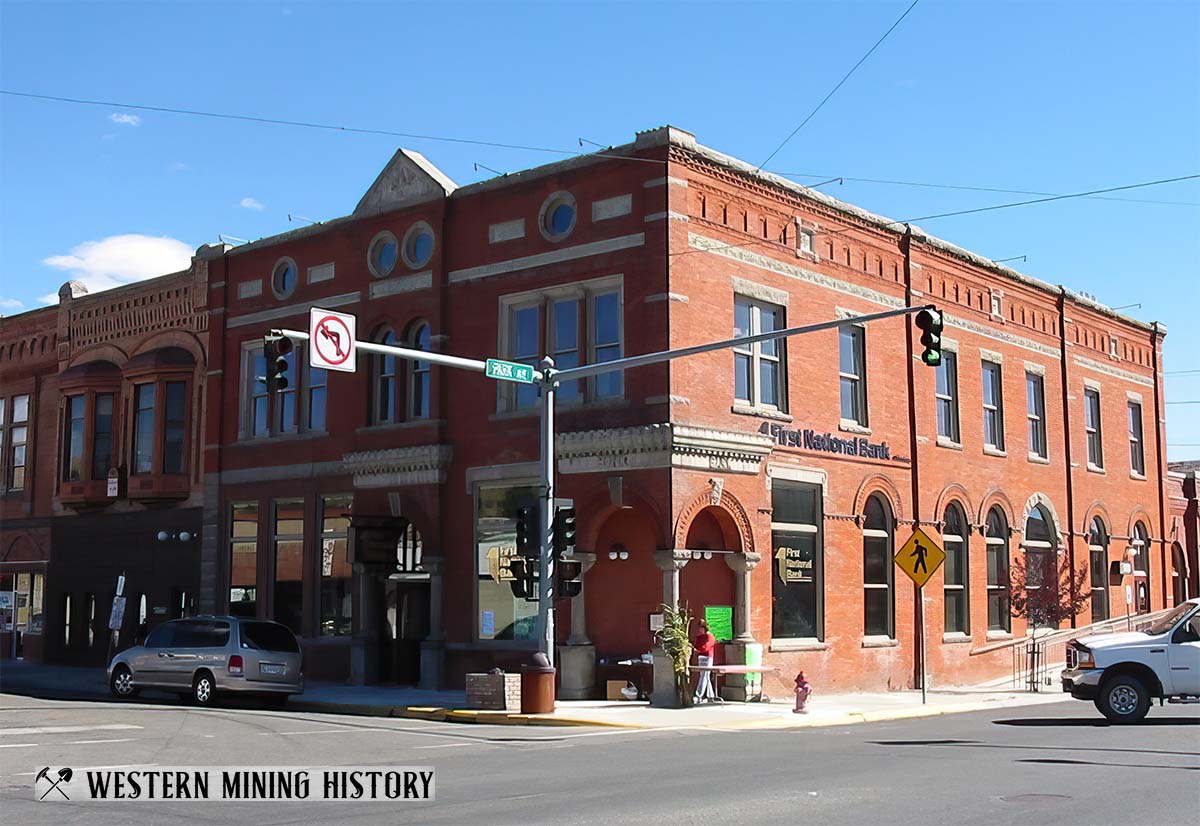 The last of the Anaconda smelters closed in 1980 putting the future of the city in doubt. Since then, the town has begun the difficult transformation to tourist destinations and has developed a world class golf course and hosts several annual festivals. The Washoe smelter smokestack still stands and is preserved as part of the Anaconda Smoke Stack State Park.