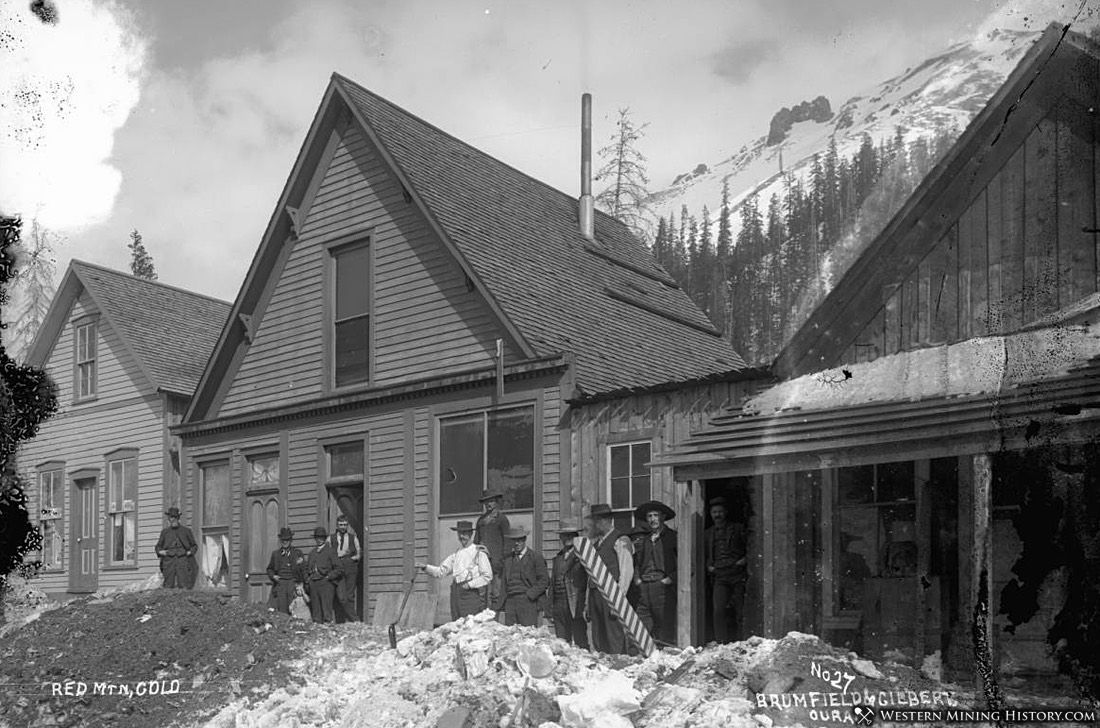 Red Mountain Town is an enigma among the great mining camps of Colorado. The town was the center of the second most important silver district in Colorado, yet it never achieved the greatness or permanence of camps in even lesser districts.

The USGS doesn't even have a place name record for the location of the town site, an unusual omission for an important historical site. It is as if Red Mountain Town was never meant to be, and refuses to be acknowledged by history. 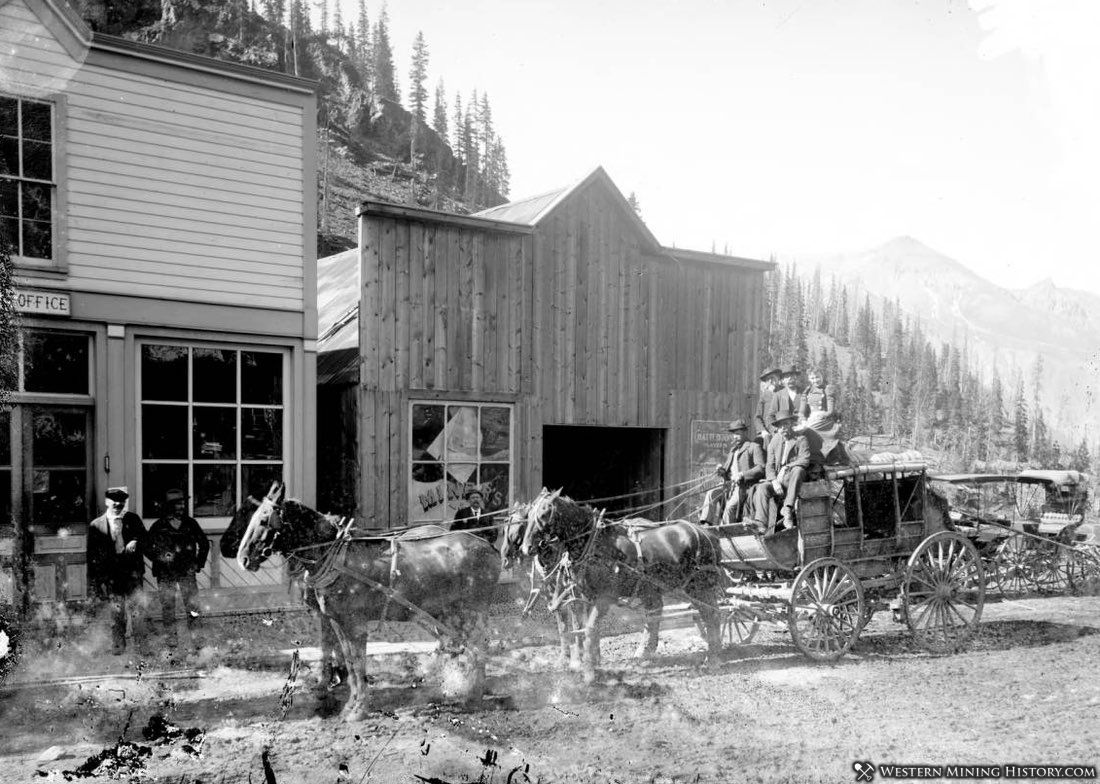 The Red Mountain district is between Ouray and Silverton in extremely mountainous terrain. The first settlements appeared in the late 1870s but it wasn't until 1882 that new silver strikes started the Red Mountain boom.

During this period Red Mountain Town is said to have moved several times due to various factors. The initial location of the town was selected in early spring when the ground was still frozen, and upon the arrival of warmer temperatures it was discovered that the site was marshland and not suitable for a town. 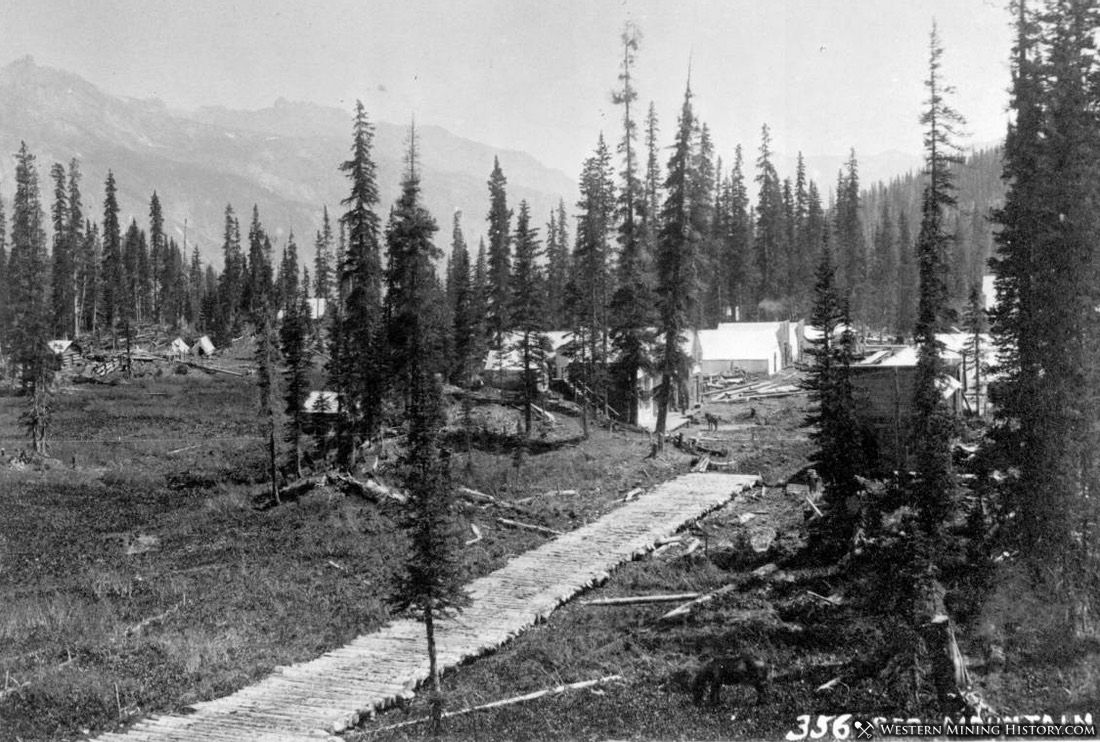 This photo appears to show Red Mountain Town at it's initial location on marshland. Note the log road across the soft ground

How many times Red Mountain Town moved is not certain, but the camp burned several times, providing for opportunities to locate wherever the mines and roads were most active.

Many towns were settled in the area before and during the boom of 1882. The towns of the district were described in a March edition of the Delta Chief:

"In this new district there are already several towns started, and all are watched with a great degree of interest, as many thousand dollars are ready for investment when the best town is decided upon. Up to the present time there are five towns, the names of which are Sweetville, Red Mountain City, Red Mountian Town, Rogerville and Park City." 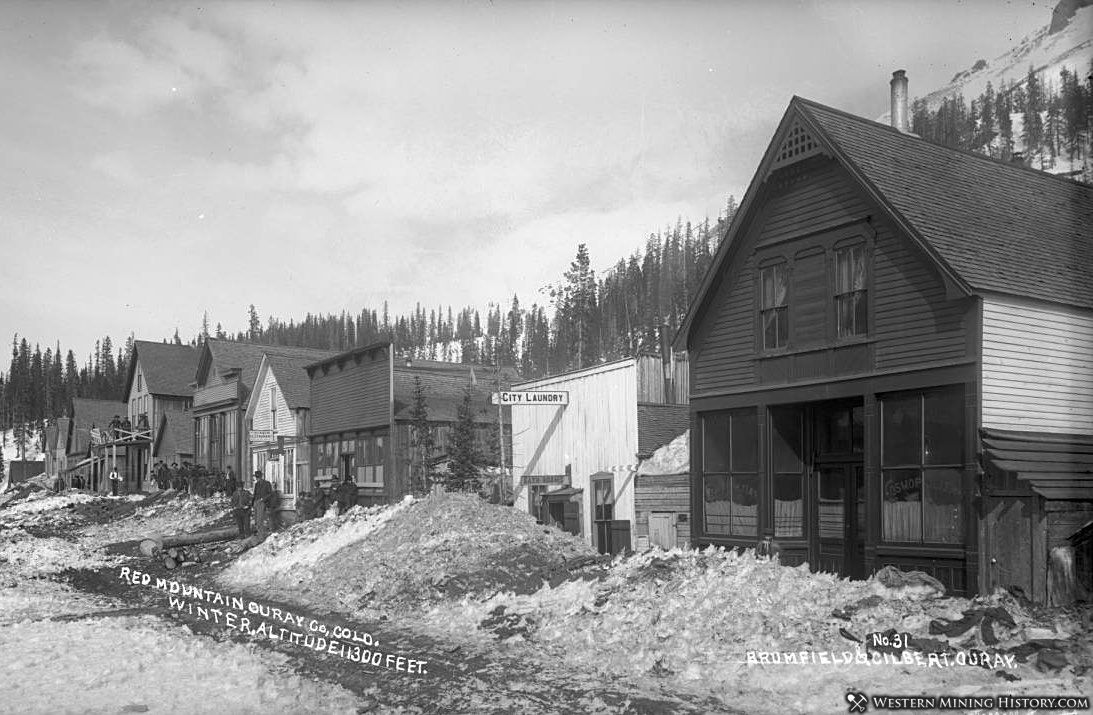 Ultimately Red Mountain Town would become the primary settlement, and only two other towns, Ironton and Guston, would achieve any sort of permanence.

Despite Red Mountain Town's position in the center of Colorado's second greatest silver district (behind Leadville), it never achieved the greatness or permanence of other important camps. The primary reason for this seems to be location. At 11,300 feet, winters in the camp were simply too harsh to support a large year-round population resulting in limited investment in buildings and infrastructure. 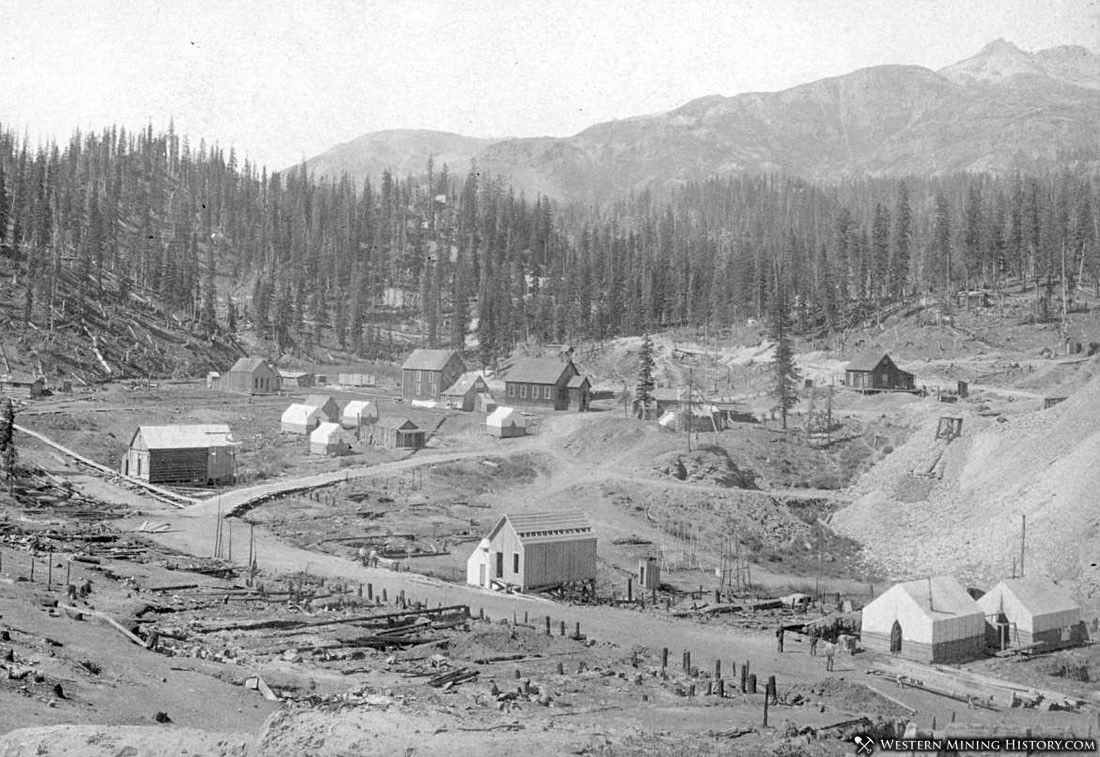 Red Mountain Town rebuilds after a fire in 1892

Most of the buildings were built of wood, and fires destroyed most or all of the camp several times. Between the harsh climate and destruction by fire, Red Mountain Town never amounted to more than a town of around 1,000 people with the population plummeting in the winter as many residents moved to more hospitable locations like Ouray to the north.

Red Mountain was the location of many of Colorado's most famous mines, including the Yankee Girl, Guston, and the National Belle which towered over Red Mountain Town's final location. 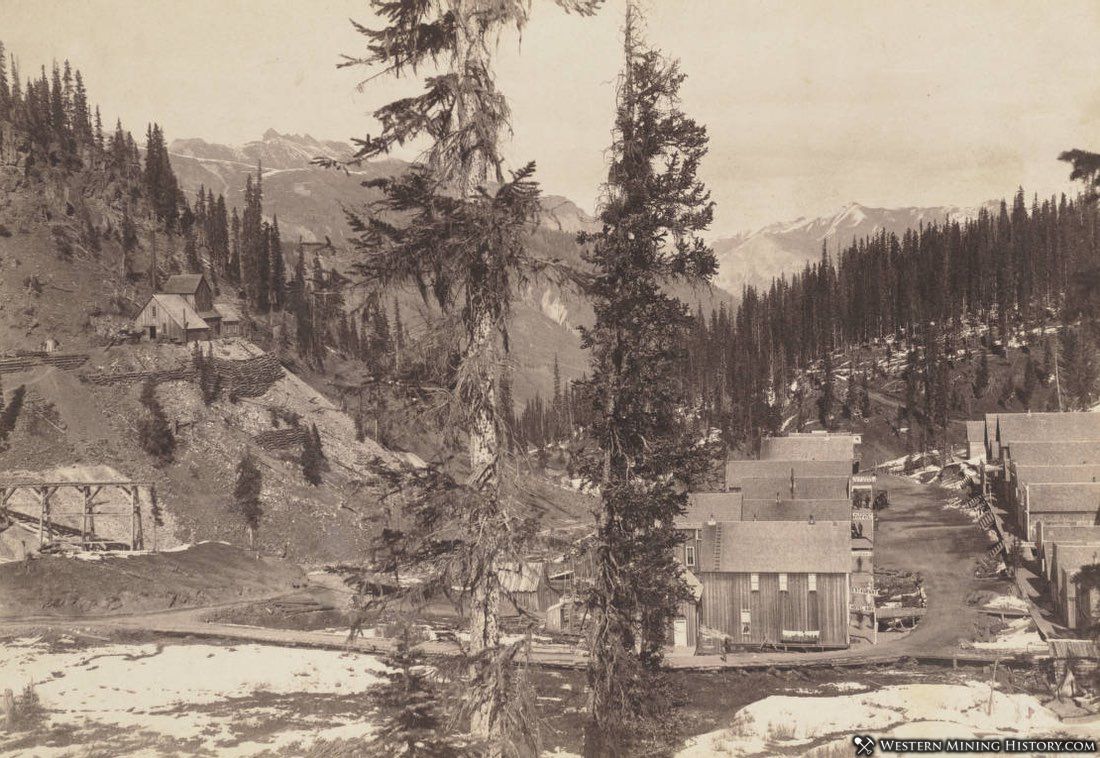 The National Belle mine is perched above Red Mountain Town ca. 1890

Red Mountain Town was heavily impacted by the silver crisis of 1893. Many of the largest mines in the district closed and much the town's already unstable population moved on to other districts. A fire in 1895 destroyed many buildings which cast further doubt on the future of the settlement during lean economic times.

By 1899 only a handful of people remained at Red Mountain Town. Although the mines of the district were ultimately some of the longest lasting in Colorado, they could not keep the district's namesake settlement from becoming a ghost town.

Today Red Mountain Town site is located just off of Colorado highway 550 near Red Mountain Pass. Little remains of the town today except for for a few crumbling buildings and the tailing piles of the great Red Mountain mines.