History of the Antler Hotel in Colorado Springs, Colorado

A user sent me a 1950’s photo of the Antler Hotel in Colorado Springs, Colorado. I did some research and found out some of the history of this landmark building. From Wikipedia:

Colorado Springs was founded in August 1871 by General William Palmer, with the intention of creating a high quality resort community, and was soon nicknamed “Little London” because of the many English tourists who came. Nearby Pikes Peak and the Garden of the Gods made the city’s location a natural choice.

Within two years his flagship resort the Antlers Hotel opened, welcoming U.S. and international travelers as well as health-savvy individuals seeking the high altitude and dry climate, and Palmer’s visions of a thriving, quality resort town were coming true. Soon after, he founded the Denver & Rio Grande Railroad, a critical regional railroad. He maintained his presence in the city’s early days by making many grants or sales of land to civic institutions. Palmer and his wife saw Colorado Springs develop into one of the most popular travel destinations in the late 1800s United States.

Originally built in 1883, the hotel burned to the ground in 1898 and was rebuilt in 1898, where it survived until 1964 where it was torn down to make room for “more modern” structures. It is a tragedy when buildings like this are torn down in the name of “progress”. All we have left are photos…. 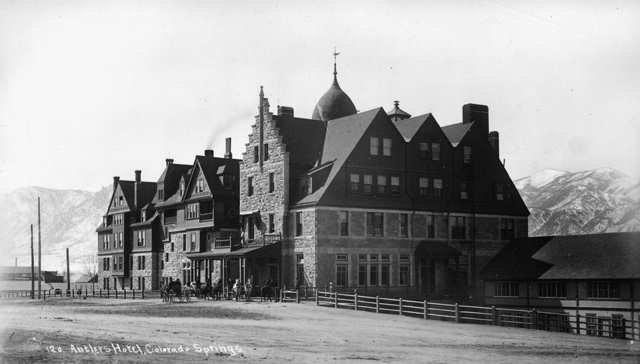 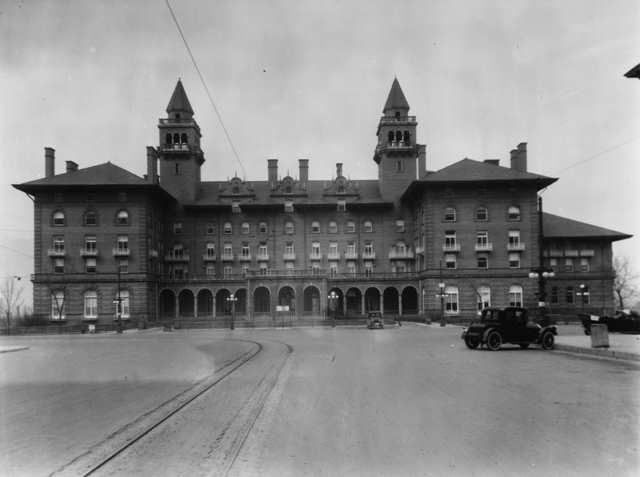